Housebreaking a Dog with Kids is Simple, Right? 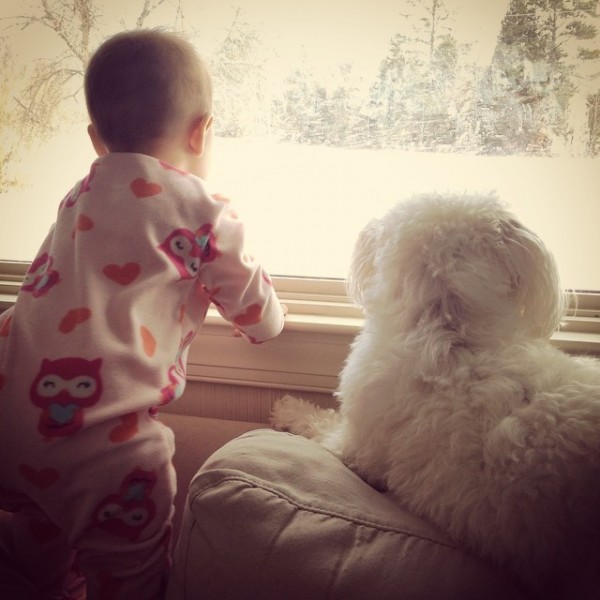 My husband and I thought long and hard before we decided to adopt a dog. Ultimately, it was my oldest daughter who convinced us to take the leap and bring a pet into the family. After one particular episode of her favorite television show, in which the main character brings home a goldfish from the local fair, she trotted down the steps and declared boldly to everyone in the living room, “I want a pet to play with!”

Despite the show, she was adamant that it needed to be a dog. We tried to reason with her that a goldfish was a great idea! She’d adore it and could watch it all day long if she wanted to. We said we’d let her feed it and pick it out from the store and we could even decorate a little tank just the way she wanted. Still, all of that pleading for a simple, small pet fell on deaf ears. The girl wanted a dog and so did her little brother. As someone who grew up way off the road, deep in the countryside, with two or three big dogs always sunbathing on the driveway or digging up holes in the backyard, I understood her plea.

Still, we didn’t rush into it right away. I’m married to an Eagle Scout, whose life motto is literally “Be Prepared.” My husband is thoughtful, contemplative and analytical. He approaches every situation from every angle and though his decision-making process might take longer than others, he rarely makes a misstep and for that, I’m grateful. So, he quickly got to work finding the perfect pooch for our family. He did the research on which breeds were best for families with small children. He talked to neighbors and family members who had adopted from the local shelter and learned about their experiences. He considered every aspect of our home, from our unfenced yard to the location of the baby’s room, before deciding that an indoor, hypoallergenic pet was the right fit. We settled on a bichon, found one up for adoption a few cities away, and made the trek to Lenoir, NC around Valentine’s Day.

Both kids walked into the shelter as we went to pick him up. His name was Barron, which we immediately changed to Pablo, after my favorite poet Pablo Neruda. He was malnourished and shaven, but altogether happy to be going home with us. The kids loved on him, took him for a short walk and both tried (unsuccessfully) to pick him up before we loaded him into our van and drove the two hours home.

At two years old, he wasn’t exactly a puppy, but he wasn’t full-grown yet, either. Turns out, his former living situation had been pretty rough before we came along. So, he wasn’t potty trained. He was also still chewing on every surface in sight. The kids thought it was hilarious when we came home from dinner one night and he had torn up my favorite throw pillow, tassels shredded everywhere. They also shrieked with glee every time he left us a present to find while we were out. We hadn’t bargained for this. Here we were, trying to raise and manage two chaotic toddlers. Who did we think we were, adding a high-maintenance pup to the mix?

By all accounts, we considered it a parenting fail. In our effort to introduce our children to the joys and adventures of owning a pet, we forgot how much hard work is required to keep a happy and healthy household going at the same time. We didn’t account for the ruined high heels, the stained rugs or that expensive emergency trip to the weekend vet clinic after he got an acorn lodged in his paw one Sunday morning. The whole time, however, our kids were nothing short of mesmerized by the whole experience, mess and all.

Over time, something incredible has happened. Pablo is growing up, right alongside our babies. As time passes, the initial chaos is melting, giving way to a beautiful routine. They all three take a little bit of time to get onto the couch. They all love cheese crackers and animal cartoons. They’re also all pretty messy and make us want to pull our hair out sometimes, but in the end, it’s all worth it. We may have thought that bringing Pablo home was one of the biggest curve balls we could have thrown our family, but it may actually end up being a pretty great home run in the end. 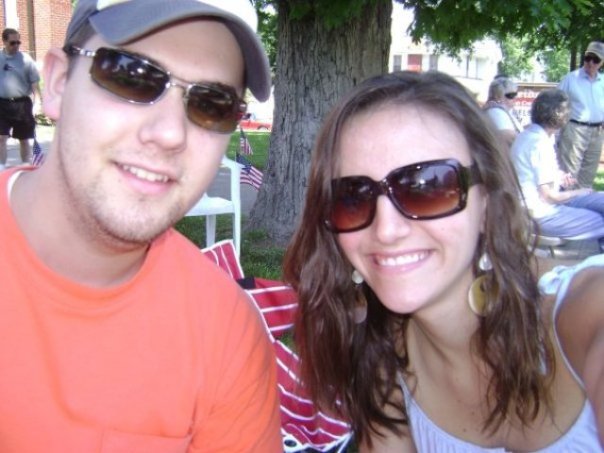 I am a stay-at-home-mother of two with a background in proposal management. With two children under five in the house, there's always plenty to share, laugh about and remember.

Full Circle
The One That Didn't Give Up On Me - Personal Story (OCD)
We have a new puppy! Welcome to Gracie!
advertisement

Full Circle
The One That Didn't Give Up On Me - Personal Story (OCD)
We have a new puppy! Welcome to Gracie!