Two girls in high school is challenging. We get one to feel great & doing well & the other is having a challenge. Let me explain, the "challenge" should be academics. Academics are never the problem. They are mostly A students with the occasional B.

Recently our one daughter is having an issue with her "friend group" as they call it, trying to kick her out of the group after 2 years of being in the group. I do not like this term. It screams letting others out. They are obviously trying to establish a pecking order. Our daughter has made some changes to her life. She now is eating healthier after years of me trying to convince her to do since she has digestive issues. She is also working out. She started to follow a girl on IG @tessbegg. This girl leads a great example for your girls. Tess is 19. Luckily her IG page mocks everything I state in our home on living a healthy lifestyle. It seems the girls did not like the changes our daughter was making. They told her so. My guess is they know this will put her at her best. For some reason, girls tend to think there is a utopia they are all pecking towards. Hmmmm......

My mother died of cancer, my father-in-law died of cancer & I have had a cervical cancer scare. My father suffered a severe stroke at age 55, (his father suffered the same stroke at 65). My father looked perfectly healthy and one morning reached for his coffee cup & his arm fell. He cannot speak & is paralyzed on the right side for the past 25 years. He will be 80 this year. He is my inspiration. No matter how bad life seems, not speaking & not being able to move freely would be the worst. My point, this is why I also try to express to our girls a life of healthy and movement is very important.

We moved to where we are now, two years ago because both of our girls were being severely bullied by the neighbor's girls at our previous location. We were at that home for 5 years. Isolation is the first step to bullying then comes the defamation of character. Where they discuss you to your peers to the point no one will talk to you in fear they will be the next victim.

Our older daughter (8th grade at that time) got to the point we wondered if she would make it. Meaning would she be dead the next day or sometime soon? She slowed down eating. She was losing weight rapidly. She went into exploratory surgery to see if she suffered an ulcer because her biggest complaint was her stomach hurt. The results of the endoscopy were negative. It was all in her head. It was the result of the girl across the street giving the looks, whispering, talking to the other neighbor as they walked from the bus stop who used to talk to our daughter over the summer but once school started he walked with the neighbor girl to/from the bus. He then told our daughter she was an outcast and had no friends. After hearing the results of the surgery, I had to get tough with our daughter and look her in the eye and say, "the ulcer is all in your head....you are being bullied but the effects of the bulling to you are your choice, your power. You need to get strong, eat and think of your future." I explained to her she needed to forget the girl bullying her and focus on herself. That she did. She got into tennis. She went through 9th grade ok but 10th grade another girl started to do the same and she asked to do online schooling. We said yes. However, our younger daughter asked to do online as well. Their were things going on for her with the younger daughter across the street of the neighbor doing much of the same.

They started online school, we realized we should just move. We had moved to that area to be near my family only for my sister to stop talking to me. :( I know, what the hell. Well, we moved to also be in a bigger area with a better school district. Since family was not speaking to me, our daughters were not utilizing the public school system and the neighbor's girls just would not stop with their thoughts of our girls traveling to their peers; we thought just move back to the area we left & go to the private school my husband attended.

So, that we did. Our girls joined the tennis team. The older daughter was good at tennis, she had been playing on a team and doing tournaments for over two years. Our younger daughter was good at tennis but not playing as long. However, she seems to improve quickly. The two top girls at the new school on the team did not receive our older daughter very well. So they bullied her.....first the isolation then the defamation of character. I identified the bullying to the coach. She did nothing but talk negative of those girls and their mothers to me. I spoke to the AD, he did nothing. His words, "There is nothing I can do." I let it go, I was just looking like the crazy mother trying to pave the way for her child. However, again, no one talked to her. Except one girl then a few months later without warning, she dropped her as a friend.

Our older daughter is now a senior and graduating. We thought she was doing as best could be expected under the conditions. She too thought this even though one girl that had been her friend off & on decided to obviously remain off. She now realizes this girl is a girl that likes to travel from friend to friend and along the way defame the persons character. She would try this while at our home by speaking unkind of a student and I told her we just do not do this.....she should be more respectful. I said it kindly. I also said she should have more standards of herself and not speak ill of others.

We were horrified a few weeks later when our graduating daughter came home with a paper that the students were to complete about their peers. Our daughter's paper had terrible things written on the paper! Some responses included but limited to the question, "most likely to become......serial killer, have BRF (bitching resting face), ignore people" and many more. I of course contacted the Head of school. He had a meeting with the entire class. Needless to say, nothing has changed. We are just trying to get through the last 4 days of school for our graduate. However, when she states to me that the school would care if she committed suicide and then it would be negative press for the school, they would care. We talk open in our home about suicide. It is not a hush hush subject. It is just happening way too often throughout our country. I of course had a discussion with her and I know she was just spouting off in frustration. She as well as my husband & I are so frustration. No one cares. Of course we do....but as far as community, they do not. The school just does nothing.

There is so much more to the story that I would need two years to write but if your child has ever been bullied, you get it. If your child is not bullied you may not. It seems today, the kids either bully or be bullied. It is very sad. I am on my knees more than I am standing these days (praying). My husband works for an airline. He is away often trying to settle a contract with his pilot group. His airline is stating untruths to the media. He has so much to deal with at work. I saw Hoda & KLG today. I have felt there is no where to turn. I lost my mother 11 years ago. I have two sisters but as I mentioned the one does not speak to me & of course she convinced the other to not talk to me. I am laughing as I type as it sounds so pathetic. Is this really my life. I can do nothing but be my best person. I stay strong for my family. They need me. However, some days like today are harder than others. Thank you for listening to my soap box!! Mother's day is not my best time. May 8th was the anniversary. Eleven years ago I sat from a Thursday to Monday morning at Hospice of Lancaster, Pa by my mothers bedside as she took her last breath. #cancersucks

Staying thankful today. The best way to improve my day is a life of gratitude. I am so blessed with a wonderful husband that supports me and our girls. Oh, we have two fur babies that are wonderful. No one bullies them! :) 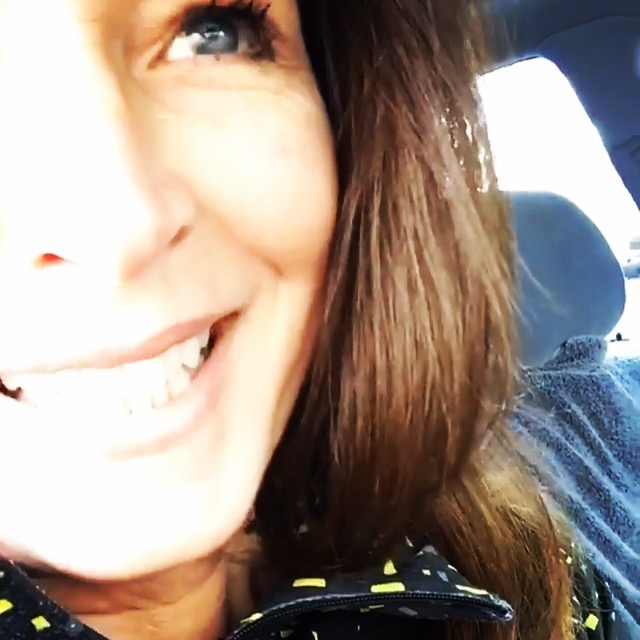 Our kids are the best defense we have against bullying in schools
Being left out hurts: Moms, stop 'social engineering'
When my daughter was the odd girl out
advertisement

Our kids are the best defense we have against bullying in schools
Being left out hurts: Moms, stop 'social engineering'
When my daughter was the odd girl out