Hey Parent Shamers -- Could you be any quicker on the draw? 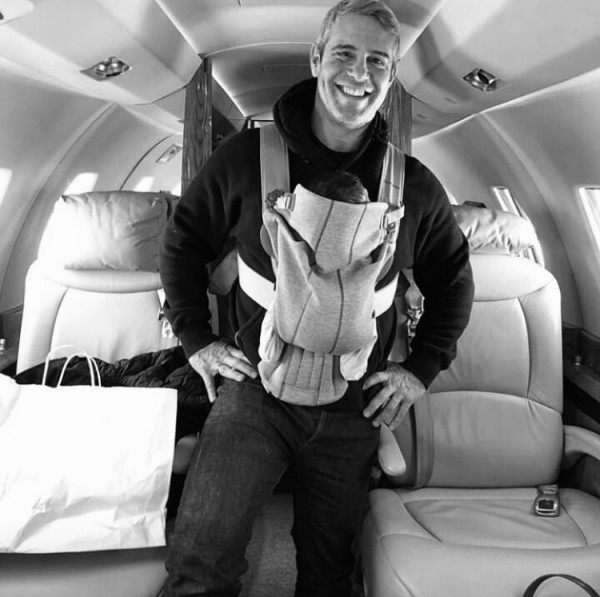 I never write on pop culture.

Okay, scratch that, 'cause I do occasionally write on trending news and draft "Dear Celebrity" letters.

One particular story caught my eye recently about a male celebrity, Andy Cohen, who very recently became a new dad and was already being parent shamed.

Like, seriously -- could you be any quicker on the draw, people?

It disgusted me that it's entirely possible that there are people that sit behind their computers, in the office building courtyard, inside of a coffee shop or at a coffee stand, or in the aisles of any store just waiting and waiting for a stranger to do something they disapprove of just so they can unsuspectingly pounce on them and lather them in judgment and shame.

Someone reading this is going to retort to me about my outward mom shaming of the woman in Starbucks who threatened to spank her child.

Did I call that unnamed woman out in well-written, respectful(ish) rant?

And, truthfully, that's one instance of judgment I won't apologize for.

While I am typically and happily in most parents' corner, I will always, first and foremost, be for the children and against anything that harms their bodies, spirits, or hearts. And, I will stand up for their right to be free from any physical abuse, and, spanking, whether you agree with me or not is abuse; it is exercising control over another by way of bodily harm.

Quite simply, it's weak.

What else is weak would be someone calling me out for my honest and only slightly judgmental letter to Heidi Montag re: breastfeeding in her fancy nighty.

I don't need you to shame me because if you read that piece in full, I chastise myself for the behavior.

The article is a complete reflection of my (and many people's) initial instinct to judge another unfairly, and possibly from a place of our insecurities and jealousy, all the way through the mental process of me realizing my snap judgment, analyzing it and apologizing for it.

That piece is raw, and it's real and is honest.

As is 90% of what each of us shows to the world every day when we voluntarily or involuntarily put ourselves out there -- by just being and doing -- for the sea of critics to score us.

Andy Cohen had just had a baby.

Like, legit, just had a baby, and instead of feeling excited about him having a bundle of joy to call his own, some felt glad to have another, out-there-in-the-public-eye target to attempt to humiliate.

Whether Andy should or shouldn't have taken his baby on a plane at such a young age is not your business nor is it mine. It is his, and only his, and maybe the child's pediatrician.

The same goes for the mother who went viral because she put her baby on the floor at the airport.

Again, her choice and her business.

I think most of us would agree that the mom shaming needs to stop.

So does the dad shaming, the grandparent shaming, homeless people shaming and stranger shaming.

Stop jumping to conclusions and start jumping to the defense of a person's freedom of choice.

Whether being judgmental is an innate trait -- lying dormant or not -- inside of all of us, or whether we are and have been conditioned to be critical of every human that crosses our path, we have to do something about it and curb this epidemic.

I'm not free from blame here. I'm right there with all of you who are trying to lead with compassion but occasionally get sidetracked.

What I'm putting out there today, though, is my outward contention to make a conscious effort to focus on remedying my limitations instead of making a snap decision on and vocalizing about what I perceive to be the limitations of others.

For the sake of Andy Cohen, myself and all of us, I hope so.

I’m gonna do a better job.

We all must do a better job.