Published by Stephanie Hanrahan on October 1, 2019

Yesterday my three-year-old tripped at a play area and split open his eye. Boys are a whole new ballgame for me. My daughter is delicate, she would prefer to read books and quietly play with dolls, but my son lives up the stereotype set for his gender: he’s rough and tumble. He’s active and unapologetic for it. When he fell and cut himself, he didn’t shed a tear (until I told him he had to stop playing and go get stitches, then the waterworks set in). But that’s just him; the kid is resilient. I don’t think he’s ever cried over a bad day, and certainly not over a booboo.

But he also likes Barbies. 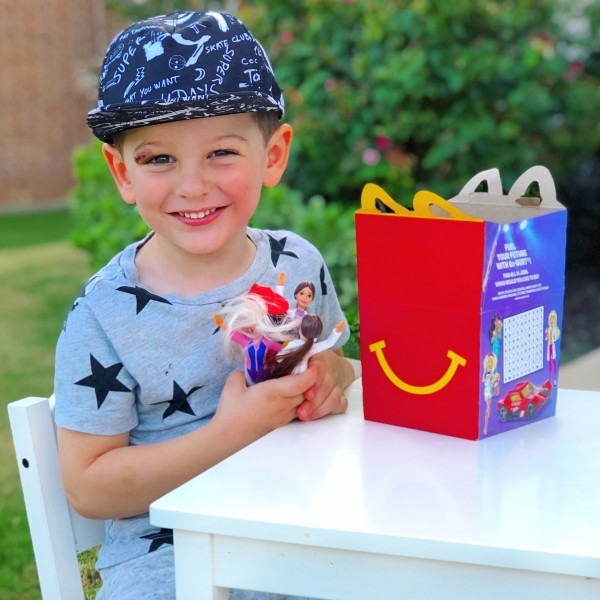 On our way home from the ER, post-eye stitching and a mental sigh of relief from Mama, I stopped to get my children a much belated lunch. I pulled up to the McDonald’s drive-thru to order their Happy Meals, and the attendant asked me the usual questions: would I like extra fries or apples? Dipping sauce? Drink?

And then she added in one more:

I have a child of each gender, so I answered accordingly without much thought. But when we pulled into a parking spot and I looked inside the box, the weight of her final question hit me hard.

I handed my children their food and I could immediately see the disappointment on my son’s face as he watched his sister comb her doll’s long locks. It was a matter of seconds before he was asking for a Barbie too. 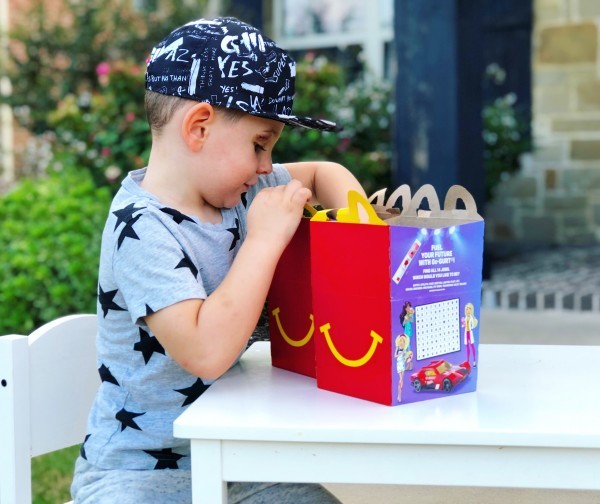 As I drove home, I began to think about all the ways this world is shaping my two very different children. How my boy gets to go bare chested to the beach, versus my daughter who covers up. How men get to potty out in the open with urinals, versus women who are vanished behind closed stalls.

That gender-based McDonald’s toy sent me a big message. I’m raising a boy who’s allowed to whip it out, and a girl who’s told to stay concealed and make babies. My son will one day get to shower and go, while my daughter will spend hours straightening her hair and painting her face with makeup. And it made me wonder, who sets these rules? When did fast food restaurants start predetermining which toys our boys and girls would prefer? While I don’t mind following a lot of social norms, I also believe in letting my children be free. And you know, choosing what they want to play with. 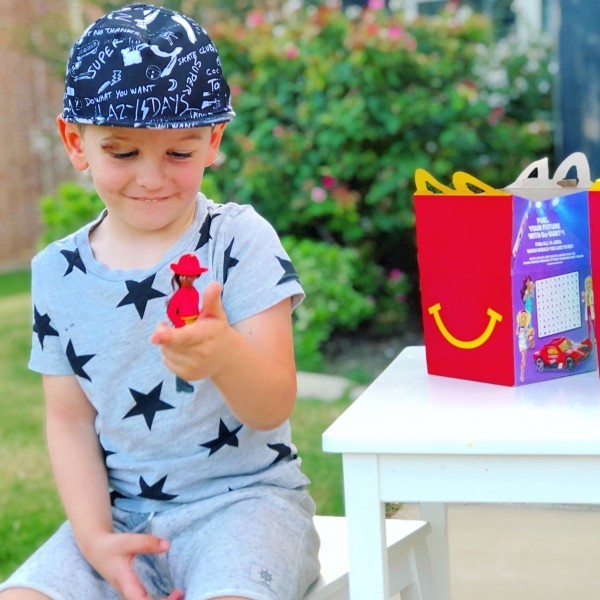 A week later when we returned to McDonald’s, I ordered two Happy Meals for two girls and happily handed one to my son. Because what’s wrong with a boy wanting a Barbie? What’s wrong with a large corporation like McDonald’s ditching the question of “Is this for a boy or a girl?” and asking instead, “Would you like a car or doll?” Let the child choose. Don’t assume we know what they’d like to play with based on their body parts.

My bruised-eye boy likes Barbies and playing with them doesn’t make him less of a man. In fact, maybe one day it’ll make him more equipped as a father. It’s quite possible boys can be brazen and bold and also quiet caretakers too. 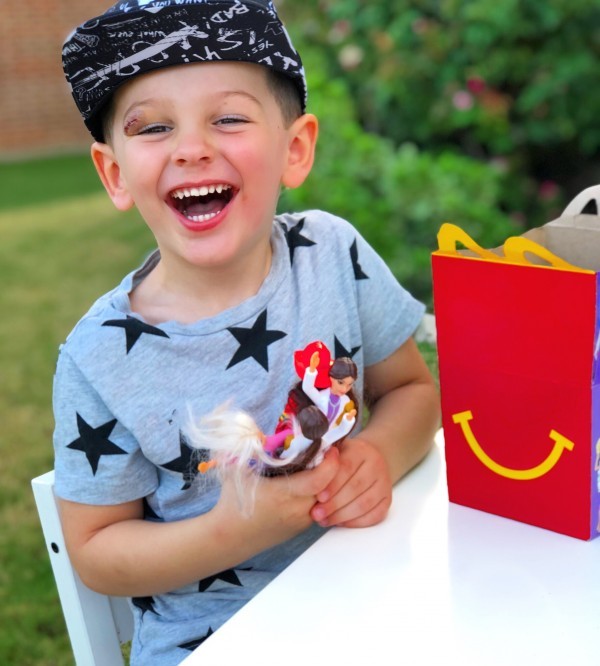 So McDonalds, our rescue restaurant when Mom’s too busy to cook: the next time you see my children approach the counter, list out the toy options and let them choose—don’t just look at their bodies and assume.

If we’re ready to build an inclusive community where people can choose their professions, as well as their genders, we have to start with the children. Give them room to find what works for them. That’s the secret sauce to making this world a better place.

One Barbie or Hot Wheel at a time. 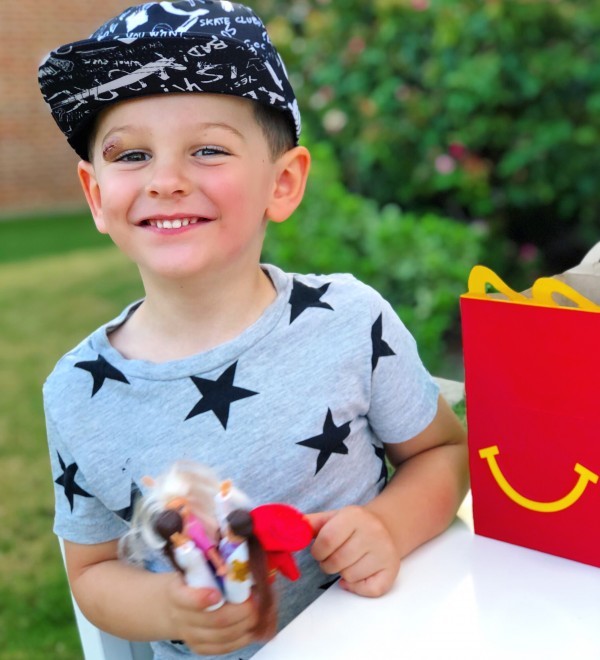 Stephanie Hanrahan is wife to a husband with chronic illness, mother to special needs kiddos, and a woman who often unravels then finds her footing again. Learn why she traded her pretending for a panty liner (also known as making her private journal public) on her blog, Tinkles Her Pants (www.tinklesherpants.com), where she leaks nothing but the truth.

How Baby Dolls Prep Boys To Be Great Men
On Raising A Kind Person, Not A Kind Man
Let's Cut the Crap, Dads Are Just As Capable As Moms
advertisement

How Baby Dolls Prep Boys To Be Great Men
On Raising A Kind Person, Not A Kind Man
Let's Cut the Crap, Dads Are Just As Capable As Moms