Learning to understand my anxiety disorder was tough. There needs to be a basic understanding of anatomy and brain function and the ability to not only make, but activate a plan whenever things in your head start to go haywire. I’m finally getting the hang of it after a decade of trying, but my anxiety is at its very core unpredictable and inexplicable.

Not long ago, my son began exhibiting familiar signs of anxiety. He had night terrors, headaches, tummy aches, and missed a few days of school. I had a pretty good idea of what was happening in his head, but how do you explain complex brain activity to a 10-year-old boy?

With a superhero metaphor of course!

Here’s how it went:

Mom: Hey, dude. I want to talk to you about something.

Mom: You have a brain, right?

Kid: (glares at me with a quizzical look)

Mom: Inside your brain there’s a thing shaped like an almond. Like in mixed nuts, an almond, you eat it.

Mom: That almond in your brain is called amygdala. Its job is to alert the brain to danger. When the amygdala senses danger, it basically pulls a fire alarm in your brain and tells all the body parts to get ready for action.

Mom: Right now, your amygdala is acting like The Hulk. The Hulk only knows how to do one thing…

Mom: That’s right, smash. Does Hulk have control and think like a “normal” person when he’s smashing?

Kid: No. He just smashes. That’s what he does.

Mom: That’s what your brain is doing lately, smashing. So, how do The Hulk’s friends get him to stop smashing?

Kid: He has to calm down and not be mad.

Mom: What happens when he calms down?

Kid: He turns back into Bruce Banner.

Mom: OK, so when you feel angry, scared or nervous about something, your amygdala wants to turn into The Hulk. Sometimes you need Hulk. You need to run or fight or get out of a bad situation. But sometimes, Hulk shows up for no reason and wants to smash. So, we need a plan to change Hulk back into Bruce Banner when there is no reason to smash. Got any ideas?

Kid: You have to calm down.

Mom: That’s good, calm down. Taking slow, deep breaths is calming. How many breaths would it take to calm down The Hulk?

Mom: OK, five breaths. Is there anything you could say to Hulk to get him to stop smashing?

Mom: That sounds good. Is there anything else you can do to turn Hulk back in to Bruce Banner? Good plans usually have three parts.

Kid: Think about science. Bruce Banner likes science and if he thinks about that instead of smashing, he won’t smash.

Mom: I love it. So, now we have a plan. The next time your amygdala turns into The Hulk and starts smashing for no reason, what are you going to do?

Mom: Awesome. Then what?

Kid: Think about science so Hulk goes away.

Mom: That sounds like a great plan to me. Good talk (high-five).

From that point on, whenever my son started feeling really anxious I would prompt him with, “Is Hulk smashing in your brain? Do your plan.” After several times of going through the “Hulk stop smashing” plan, he learned how to manage his anxiety and thwart villainous attempts to sabotage his day. I call that a parenting “win,” and victory for the good guys. 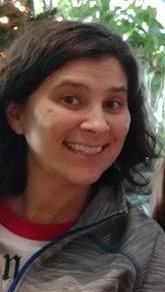 How to help your kid who has your anxiety gene
My Kid Completely Lost Control and Here's What I Did...
10 Signs Your Child Is Addicted To The iPad
advertisement

How to help your kid who has your anxiety gene
My Kid Completely Lost Control and Here's What I Did...
10 Signs Your Child Is Addicted To The iPad