Heading to School for the First Time with Cystic Fibrosis

Published by Parenting Squad on August 4, 2015 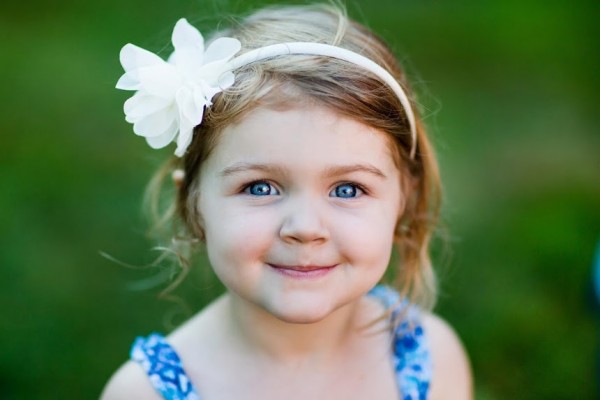 The first time I sent my daughter off to school she was four. She was so excited on the first day that while other children were clinging to their mothers' legs, my Peanut ran straight into the preschool room without even waving goodbye. Meanwhile, I was stressing out. Not just because I was sending my baby off to school for the first time, but because she happens to have cystic fibrosis.

Cystic fibrosis leaves her body susceptible to lung infections. A simple cold could land her in the hospital on IV antibiotics. So far, we had protected her well. She had rarely been sick, and now we felt like we were throwing her to the cold and flu virus wolves masquerading as cute preschoolers.

When you have a child with CF, you hear every cough and sneeze within a five mile radius. And every time I stepped foot in the preschool room at least one child would be coughing. I wanted to grab Peanut and plant her on the other side of the room. The other option was to drag her out of school. That, however, would have devastated my eager little learner. There had to be a way to keep her healthy while letting her explore and be free at school.

I armed her teachers with information on CF. I gave them brochures from the CF Foundation and provided them with disinfectant.

I spoke to the other parents at a meeting about the importance of keeping their sick children home from school.

I attached hand sanitizer to her lunch box and reminded her to use it every time I dropped her off.

I asked that since they rotated seats every day, that they make sure to rotate Peanut away from whichever child was coughing or sneezing that day.

I had her wash her hands and change her clothes as soon as she was home.

And you know what? It didn't matter.

Peanut was more sick that year than she ever was before or has been since. She had to double the amount of respiratory therapies she normal does. She spent three or four hours a day doing nebulizer treatments and chest physiotherapy for months. I regretted sending her to school. I wondered what more I could be doing to keep her healthy. Part of me wanted to pull her out of school altogether.

But I couldn't. The thought of it made me cry. Taking her from the one place she begged to go to would have ruined her mental and emotional health. She would have blamed CF. She would have lost her zeal for life. Her desire to learn and make friends would have suffered. As long as we kept up with her treatments, we knew we could push through that year.

And we did. She had so much fun at school. She was reading at age four. She made friends and learned how to cooperate with other kids. She didn't even seem to mind the extra treatments.

That first year of school, our children are exposed to such a large variety of viruses that there's almost nothing we can do about it. But when our children have cystic fibrosis, we can't ignore the fact that another child's little cough could forever affect our children's health, leaving permanent scars on their lungs.

No matter how difficult it is, at some point we have to let go of our children, even when they have a special health need. We can do whatever it takes to protect them, but the one thing we can't do is keep them sheltered forever.

Celebrate the first day of school, no matter how scared you are. It's a big day that all children deserve to be excited about.

Forget the village — parents need a special forces squad! Be apart of the fun at Parenting Squad.

I Am Terrified of the Probable Coronavirus Pandemic. And here's my why.
Wash Your Hands, Ya Filthy Animal
Naked Walk of Shame
advertisement

I Am Terrified of the Probable Coronavirus Pandemic. And here's my why.
Wash Your Hands, Ya Filthy Animal
Naked Walk of Shame