Published by Darlene Rodriguez on March 3, 2015 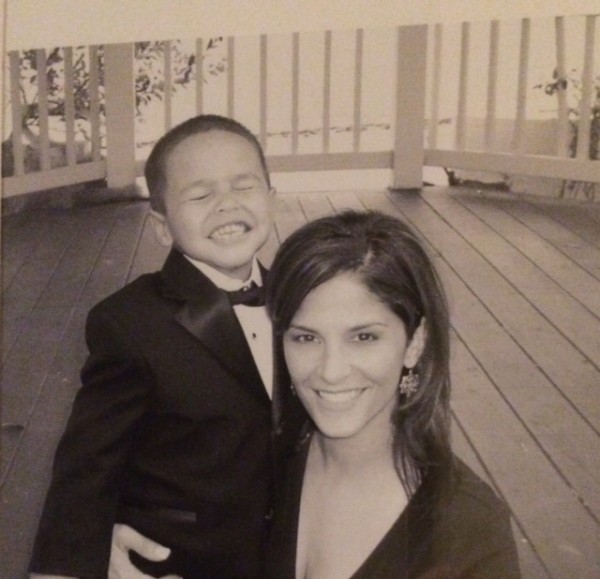 I distinctly remember the fear I had when I brought my son home from the hospital. He was my first born child and I couldn't believe the nurses were just going to let us walk out with this tiny human being.  Although I wouldn't admit it out loud, I wasn't fully confident that I had the tools to take care of a new baby. All the other moms I knew told me that my instincts would take over and I would know everything he needed just by the different ways he cried.  Deep down, I believed that might be true, but it wasn't happening yet. He cried, I guessed. He wouldn't burp, I couldn't find the right way to get him to do it. He cried, I guessed, then I cried too.

My mother-in-law told me that the baby would learn to roll over when I least expect it and that he'd likely fall at some point, either off of the bed or the changing table and that it wouldn't be the end of world.  I was horrified and thought there's no way I'd let that happen. She had raised four children, but clearly she had to be crazy.

I operated from a terrified perspective, where I thought everything could potentially cause him harm. I didn't shower unless someone was home to watch him or I'd bring his car seat into the bathroom with me.  I stared at him constantly to make sure he was breathing.  I didn't want anyone to hold him because they weren't doing it right, I mean his head could fall off right? I didn't want anyone else to give him a bottle because he could be asphyxiated. And the mere thought of someone bringing a TODDLER to my house who would touch my baby, gave me hives. I just knew they would transmit some horrid disease to my son and it would be my fault. Thankfully, I never said any of this out loud to anyone...logically my mind told me that none of this would happen (and I'd no longer have any friends to speak of, I imagine). So I just smiled and I let all of the people who love him, come over and love him.  And I realized...he won't break.  Babies are strong, pliable, malleable.  They should be held by different people and the occasional snotty nose toddler's germs will make your baby's immune system stronger.  I learned that besides mom and dad, babies love to look at other children and the occasional poke or rough pat on the head from a heavy handed toddler will not kill the baby.

And by the way, as my mother-in-law predicted, the day did arrive when I had my son's bouncy seat on a coffee table while I was sitting on the floor feeding him and I turned for a second...(4 months in and I thought I had this thing down).  He flipped the whole seat over on to the floor.  Chaos ensued.  Not really, he was fine but I freaked out.  While I still feel guilty to this day about it, I realized that we would be okay.  He won't break.

It will be okay.
His rainbow baby cries brought the color back to my life
You can survive the worst
advertisement

It will be okay.
His rainbow baby cries brought the color back to my life
You can survive the worst