I think we can all agree that Halloween certainly feels different to most of us this year because we're in a position to celebrate a little safer than just last year, due to continuing coronavirus concerns. Halloween feels different in a more literal way for kids with sensory issues. My son happens to be one of those kids. 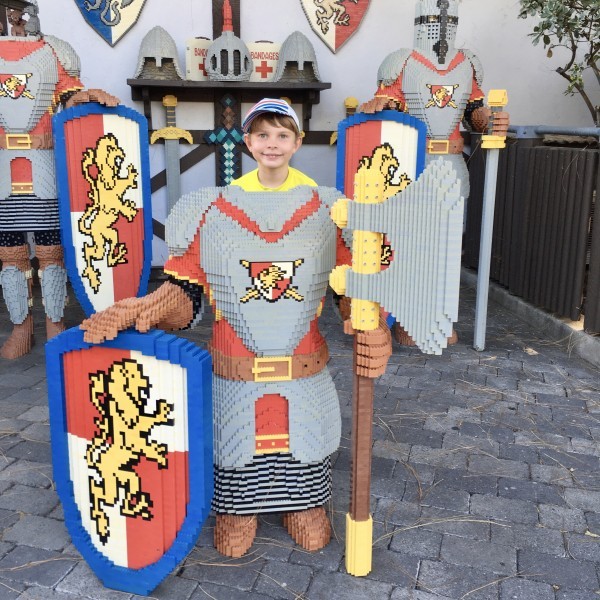 Last year was the first time I accepted that my son (who was 6 years old) could speak up and tell me he didn't want to wear a costume and I would listen to his request, rather than pushing his boundaries and spending money on a costume he'd wear for an obligatory photo in which he'd fail to smile and I'd then immediately place the discarded costume in the ever-growing pile of clothes to be donated. I showed him that his opinion matters and that his voice is heard when he's speaking up and saying that something is quite literally uncomfortable for him.

JT struggles with sensory issues. For him, undesirable smells or tastes are too strong and he's not afraid to comment on it, whether it's my coffee breath or a new shirt that hasn't been washed yet or the grittiness of a pear, that I rather enjoy, and he detests. He is a boy who has not worn jeans since he could speak up and refuse to put them on, always preferring the comfort of soft cotton athletic wear. Unexpected noises send him running with his tiny hands covering his ears and I still can't understand the connection as to why he used to cry in terror every time he saw wind pushing characters about on TV, but I also assume it has something to do with his sensitivity and intensity. Simply stated, he takes things in differently than most people.

I thought I would be able to convince JT to at least throw on a football jersey and walk around the neighborhood to trick-or-treat like we did the year before last, but he was adamant that he wanted to stay home and hand out candy instead, so that's exactly what we did. He pulled a chair up to the front door and stared through the peephole until kids rang the doorbell and then rushed to grab the candy bowl and pass out treats to the neighborhood kids, some of which were his own classmates who were confused as to why a child was handing them their Halloween candy and also why he wasn't wearing a costume. JT wasn't embarrassed or uncomfortable in the slightest and I just love that about him! He's so unapologetically himself and oblivious to conformity, and it's certainly been a struggle to work with that kind of personality, especially in the school day, but it also allows me to see that he has confidence and independence which are skills that are difficult to teach.

The bags of candy are bought and already sitting by the front door for trick-or-treaters this year, but in Southern California, we're still not sure if that's going to happen, so to celebrate Halloween a little differently this year, we visited Legoland for their Halloween in Miniland event. JT was completely comfortable with the fact that all the other kids around him were dressed in costumes and he had a great time pointing out some of his faves. Legoland did a great job hosting this event in a fun and safe way. Check out more details on our Legoland visit here. Happy Halloween to all, in whatever way you'll be celebrating this year!

Why the holidays can cause depression in parents of special needs children
A Huge Lesson I Learned From This Halloween...
Why You Should Do a Family Halloween Costume
advertisement

Why the holidays can cause depression in parents of special needs children
A Huge Lesson I Learned From This Halloween...
Why You Should Do a Family Halloween Costume