I'm a mom of 8: Here's how we create inexpensive, DIY Halloween costumes

Published by Jennifer Swartvagher on October 3, 2018

Halloween is a great time to let the kids be creative.

Typically, we do not purchase costumes. We will buy some fabric, a feather boa, or some dollar store accents, but we usually do not spend more than $20 in total on Halloween costumes (and that’s for 8 kids.) 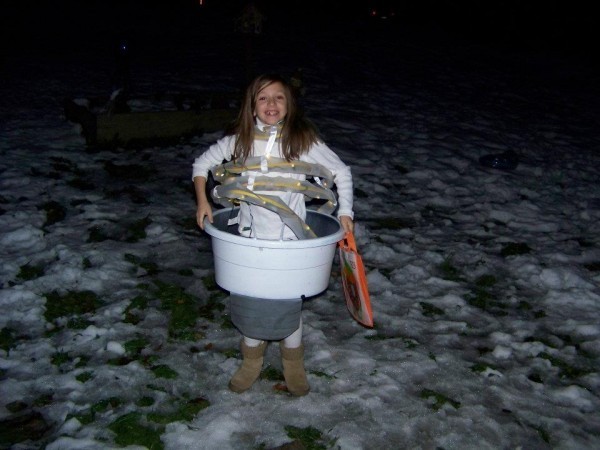 The lightbulb was one of our favorite costumes. Katie wanted to be something different for her 5th grade Halloween parade. This costume was relatively easy to make. We used a white tub and rope lights we had in the garage. My husband cut the bottom of the tub into the shape of a lightbulb and Katie colored it in with a silver marker. I bought white ribbon at the dollar store to attach the lights and create a harness. Katie wore a white turtleneck and a pair of white leggings which she already owned.

We actually had a snow day this Halloween (which was a first for us here in New York.) 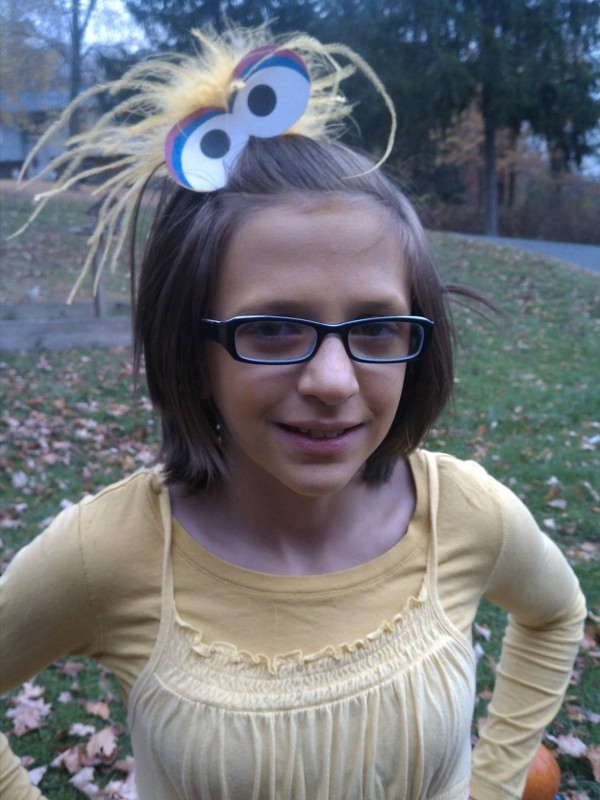 The next year, Katie decided to be Big Bird. Unfortunately, I do not have a clear full length photo of this costume. Katie paired a yellow sundress with a long sleeved yellow shirt. She wore orange leggings and wrapped pink ribbon (which I purchased at the local craft store) around her legs. We created orange shoe covers from felt (also from the craft store.) I found an inexpensive yellow feather hair clip and attached a printout of Big Bird’s eyes to it. The look was completed with a yellow feather boa. 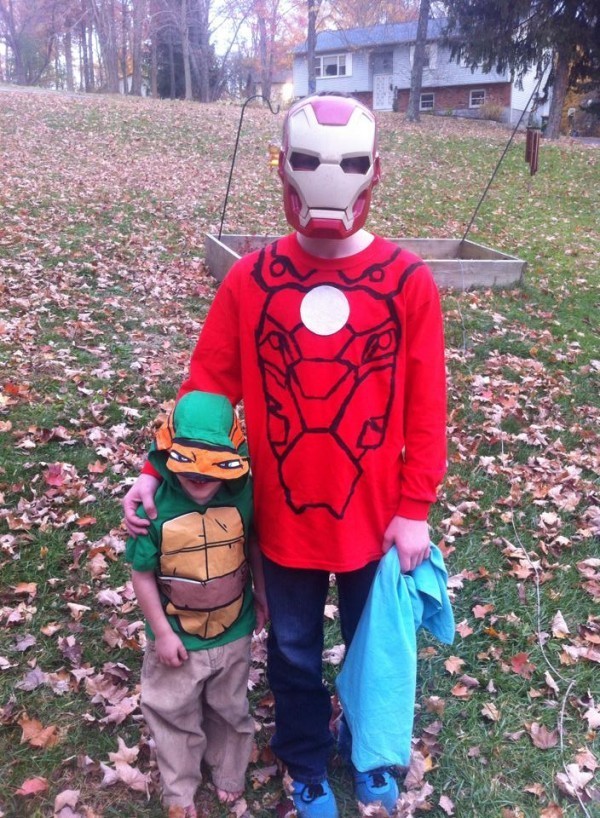 Evan had a collection of super hero masks. One year he was Rocket Racoon, another he was Iron Man. For Rocket, he wore a brown t shirt and brown sweatpants. For Iron Man we bought a red t shirt at the craft store and he drew Iron Man’s armor with a fabric marker. Linus has worn a Superman shirt and a Ninja Turtle shirt which he then was able to wear for every day. 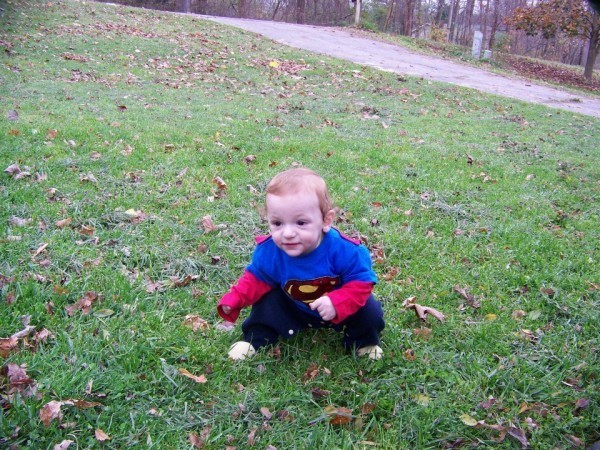 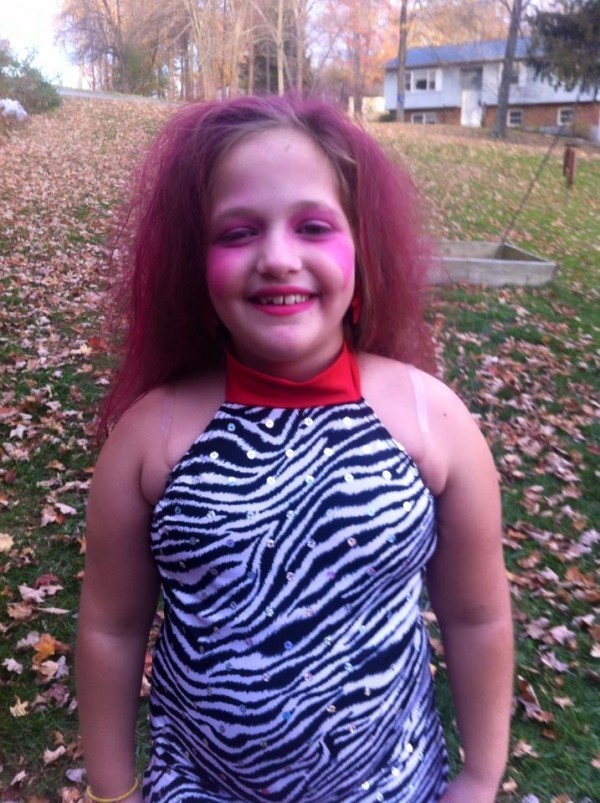 Old dance recital costumes make the best costumes. If you don’t have any stored up in your attic, your local dance studio may put some extra costumes out around this time of year. One year, Lucie wore a zebra striped dress and I teased out her hair and sprayed it pink so she could be JEM! Truly outrageous! 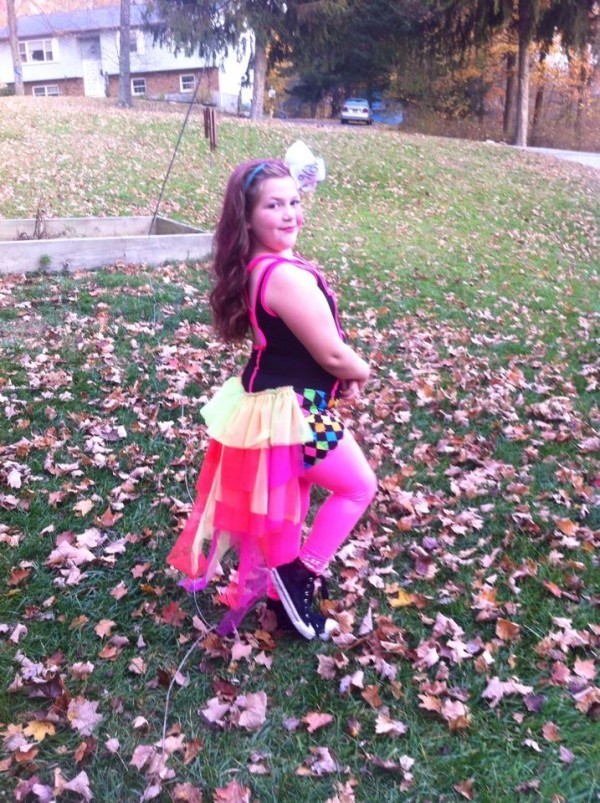 Alice wore a cute harlequin costume which we paired with a teacup headband (all made with stuff from her toy box) to become Madeline Hatter (from Ever After High.) 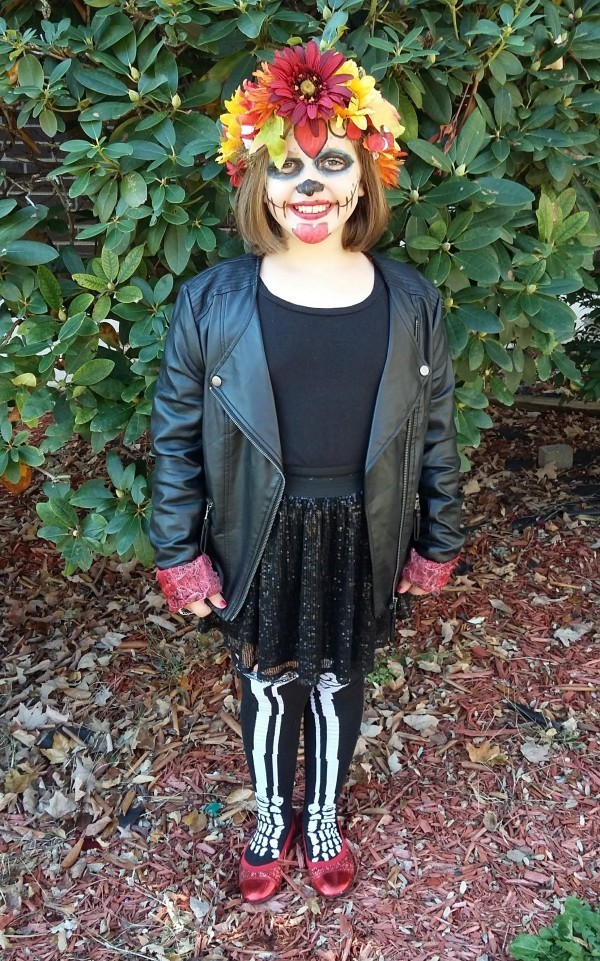 Lucie has always been fascinated with the Day of the Dead. She wanted to be a sugar skull for Halloween. This was one of our easiest costumes. She wore an all black outfit paired flowers from the craft store glued to a headband. I found those cute skeleton tights on sale. We had fun with the makeup, which I found at our local party store. 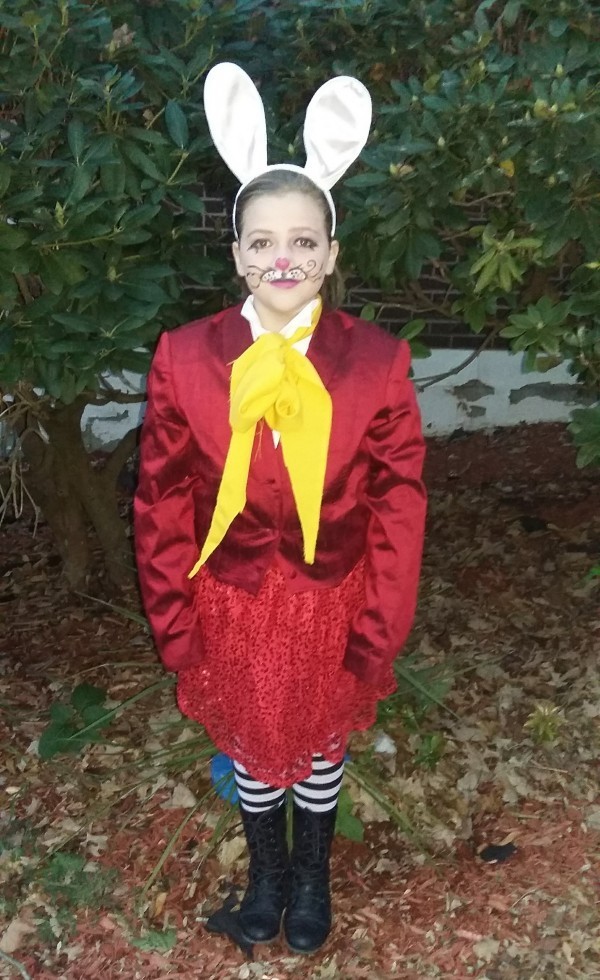 We took a dress from Alice’s closet and paired it with a jacket we borrowed from a friend. A long scrap of yellow fabric made a great bow tie. All I needed to purchase were bunny ears and striped tights. She shared the face paint with her sister, so it was a win. 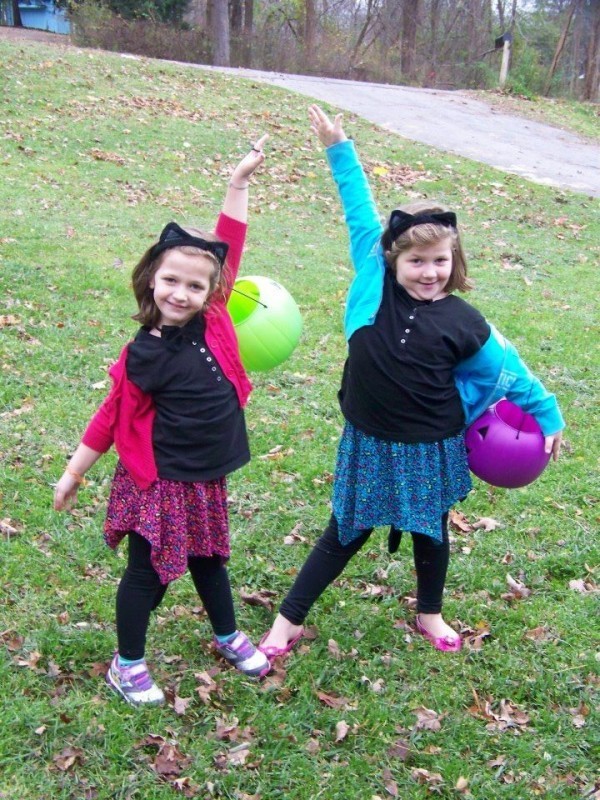 When all else fails throw on some ears and a tail and you can be a mouse/cat/rabbit. 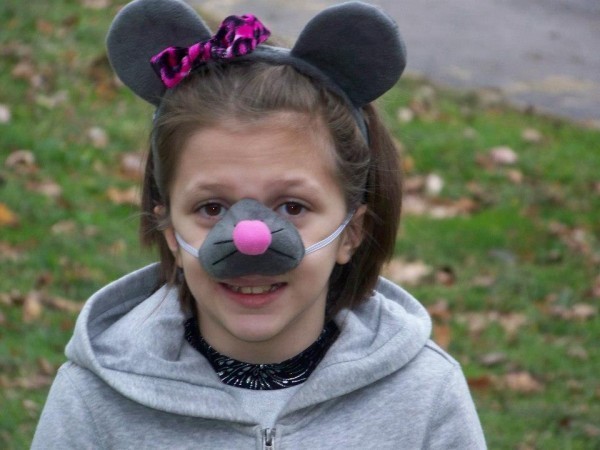 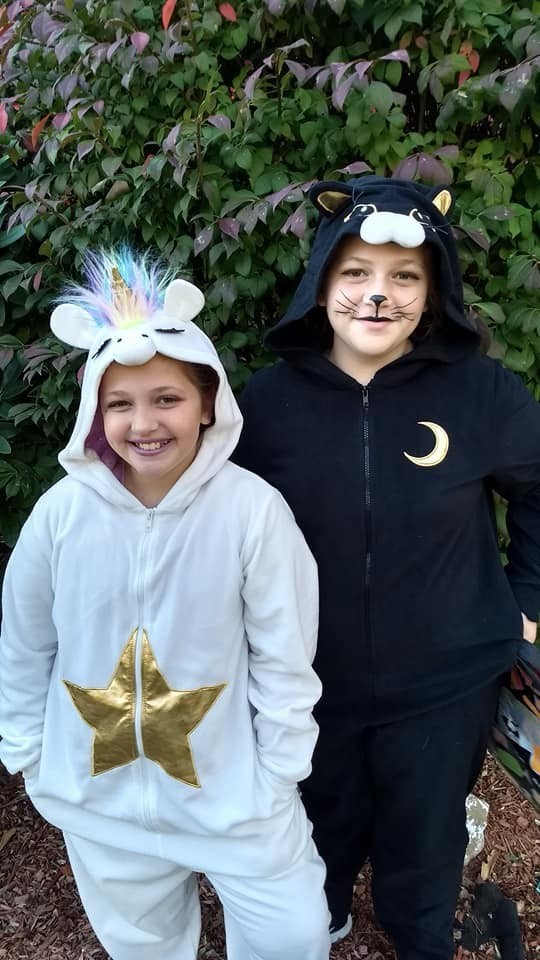 If you are running short on time, onesies make great costumes, plus your kids can wear them as pajamas all winter. What could be better?

Family Alice in Wonderland Costumes + Easy DIY Instructions
How I'm Determined to Make Halloween Better for My Kids
How I created the ultimate Super Mario Bros. Halloween costumes for my family
advertisement

Family Alice in Wonderland Costumes + Easy DIY Instructions
How I'm Determined to Make Halloween Better for My Kids
How I created the ultimate Super Mario Bros. Halloween costumes for my family