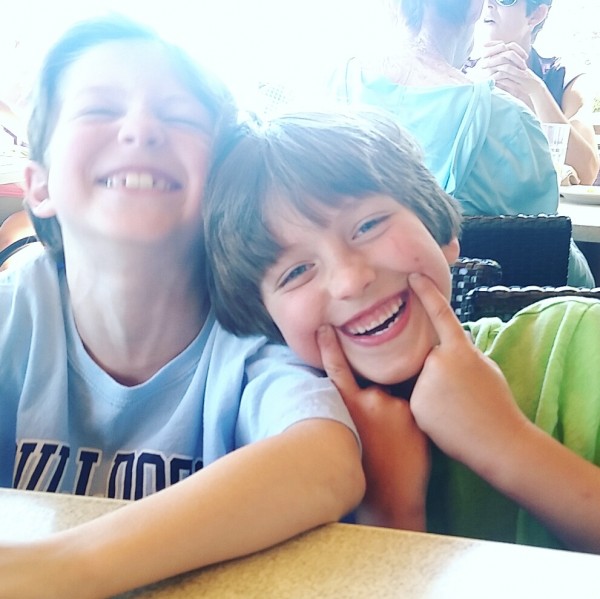 As I sat in bed tonight, reading to my anxious niece on the eve of her baby sister's arrival, I was flooded with my own memories of the night before I had my second baby.

I was not worried about my capacity to love another child, nor my ability to care for two instead of one. And I knew that I would look back and wonder what life was like before two.

But right then, in that moment, my stomach churned with anxiety at the thought of saying goodbye to that time in my life when it was just the three of us.

Part of me was afraid. I knew that my sweet two year old boy would never again have my undivided attention and I worried that I would miss one of those special moments that I had been privileged to be a part of, or at the very least, that I wouldn't register them the way that I should.

And part of me was worried that the special bond between us would change, that it would lessen if he sensed that my love and time and focus were split. I didn't want him to feel sad or lonely or short-changed.

And yet I knew, even then, that those feelings were inevitable. I knew that his life was bound to include disappointment and rejection and loneliness. I just didn't want to be the cause of his first heartbreak.

So that last night of him being an only child, I held him tighter, I snuggled him longer, I loved him harder. Even as I imagined how much better and bigger and brighter our lives would be the next day, I let the tears flow as I said goodbye to what had been.

The next day as I watched Jack gaze at his new baby brother with awe, I couldn't help but think that new babies are God's way of reminding us that everything is going to be okay.

Seven years later, despite the occasional bickering, they still look at each other with that sense of awe. And we do everything in our power to foster that love, to help them navigate the waters of their relationship with grace and compassion.

When all is said and done, their relationship with each other will be the longest of their lives, so it had better be the strongest.

They occasionally hurt each other’s feelings. Great passion is inevitably accompanied by the power to wound. But it is also accompanied by a limitless capacity to forgive. They are learning about the tremendous responsibility that derives from holding another’s heart in your hands.

To read more, visit Cameron's blog at Lucky Orange Pants where she writes about parenthood, love, loss, and UVA basketball.

Does my heart have room for 2?
This is My Story
The 16 days the NICU saved his life
advertisement

Does my heart have room for 2?
This is My Story
The 16 days the NICU saved his life