Did you know that this election year, 2020, marks the 100th anniversary of the Women's Right to Vote? 100 years! That's something to be grateful for! 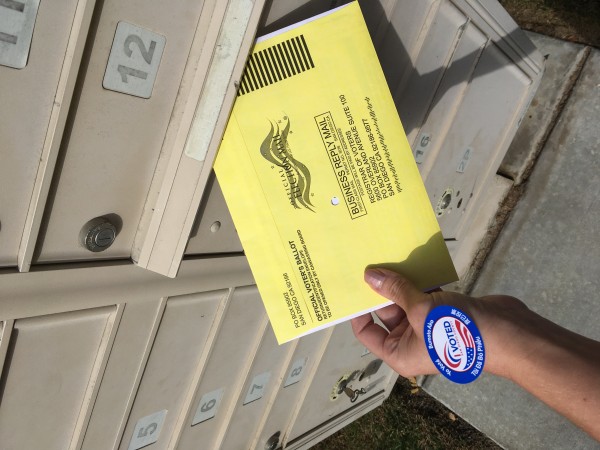 This year, in particular, got me very motivated as an American woman to cast my vote and have my voice heard. As a single mom to one son in elementary school, I hold myself responsible for educating my son about the things that matter to me, hoping that they will also matter to him as he grows into an adult.

We've been working on developing JT's social-emotional skills better all year long, in order to allow him to thrive in the classroom (once our school district opens up again). This year has been all about growth and that's what I'm grateful for. I've grown in my roles and responsibilities as a mom and employee and teacher, all from home. It's not a juggling act I would have taken on willingly, but as I tell my son - the hard stuff is worth doing; anyone can do the easy things.

I haven't been the only one with growth to reflect back on though. JT has also been put under some pretty unexpected conditions this past year and he's also grown as a result. It's important that we take time to acknowledge just how much we've changed and that we also let our children know when we see that in them. Too often, we're quick to criticize rather than compliment.

Not only am I excited to see what growth I'm capable of accomplishing in the next year or just how much my son will grow in the next few years, but I'm also very interested to see just how much we'll grow as a nation over the course of the next 100 years. It's hard to believe that us women have only held this power and right since 1920!

Raising kind and tolerant humans
A Different Kind of Love: How becoming parents changed us
"You should hire my mom because she is very good at being a grown-up"
advertisement

Raising kind and tolerant humans
A Different Kind of Love: How becoming parents changed us
"You should hire my mom because she is very good at being a grown-up"