Published by Stroller In The City on November 6, 2018

Since having children, every Thanksgiving becomes more and more special, but this year, by far was the most memorable, since it was the first time any of us went to see the Macys Thanksgiving Day Parade. As life long New Yorkers, I cannot believe that both Jason and I had never experienced the parade first hand. Sure, we’ve taken the kids to watch the balloons being inflated on Thanksgiving Eve, but feeling the beat of the marching bands as SpiderMan soars four stories overhead is pretty awesome. 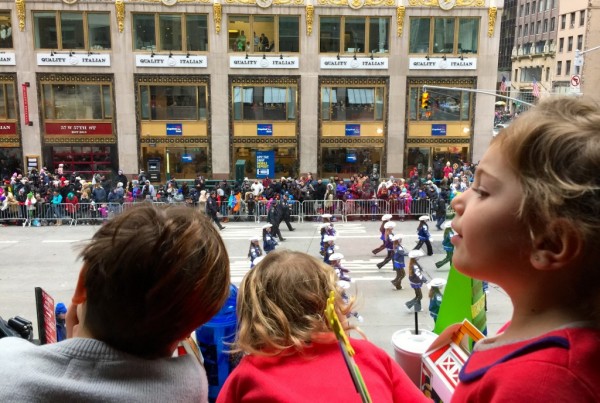 The Sprout Network invited us to the their Thanksgiving brunch, coined Sproutsgiving. The event consumed the entire Wayfarer restaurant, and located on the NW corner of West 57th and 6th, it was prime vantage point for the parade. We spent the first few minutes of the parade outside, but with the lower temps, we retreated indoors, which was more manageable with a bustling 20 month old. In addition to the special street access, we had access to two floors of the restaurant, with the second floor offering an eye level view to some of our favorite characters. 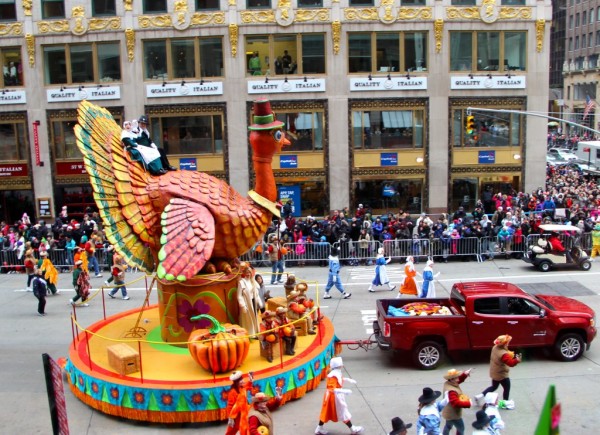 As part of the activities to keep children entertained, there was a meeting and photo ops with Sprout’s own Chica, gingerbread house building stations, and other fun arts and crafts. Naturally, the biggest activity started around 9:30am, as the first balloons soared past our windows, where the kids were perched for the next two hours. Every time a new float past, the room roared with excitement. Even Gemma, who didn’t know some of the balloons was outbursting with excitement. At one point, I had become pretty emotional, because we were all experiencing this for the first time together, our 5 person family.

Since we were at a Sprout event, you can imagine how the room exploded into cheers, as the Sprout float rolled past the restaurant.

After years of watching the parade on television, we all know that Santa closes the show, but with this marking our first official Santa Claus sighting of the year, I can undoubtably say, I immediately slipped into the Christmas spirit (well, I guess the sprinkle of snow towards the end helped!). I think parade attendance may have made its way onto the growing list of holiday traditions. 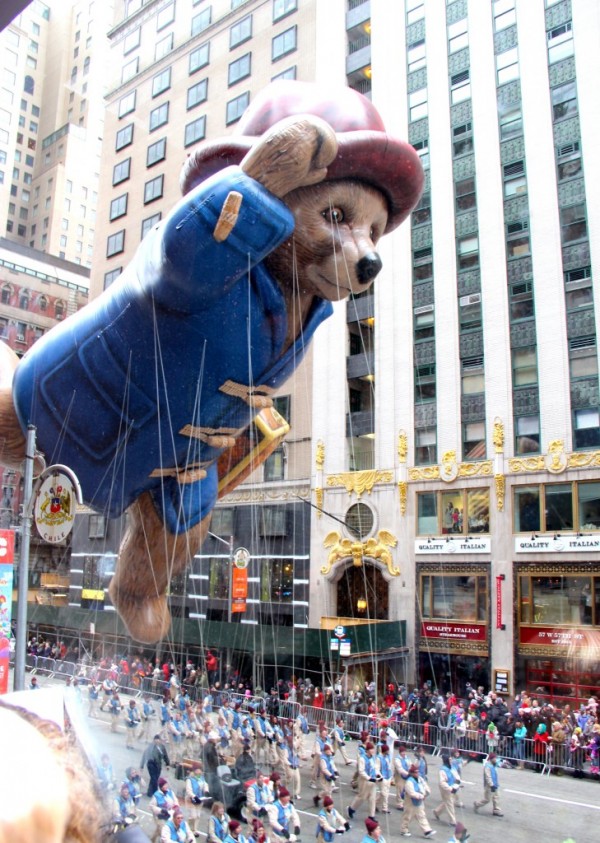 Following the parade, we hopped a train downtown, where we picked up our car, and headed to my parents for Thanksgiving dinner. The kids helped me prepare the side dishes on Wednesday, so there was no delaying our trip to Gee and Bugs house. I’ve hosted Thanksgiving in the past, but my mother holds this holiday special in her heart, and I look forward to sharing it with my parents at their house; the house I grew up in. 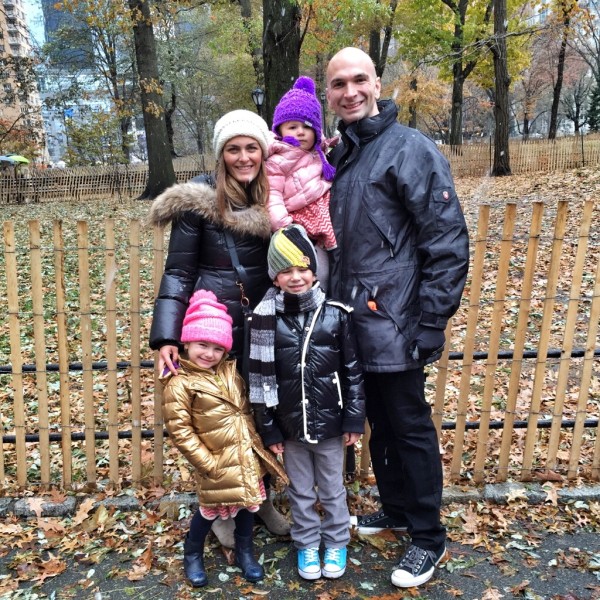 The weekend was filled with family and friends, and like the abundance of food, I couldn’t have asked for another thing. I am very grateful, and truly blessed.

Feelings of Gratitude
Dear Moms of Teens, The True Magic of Christmas Wasn’t When our Kids Were Young. It’s Now.
10 Tips for Making Your Child's December Birthday Party Special
advertisement

Feelings of Gratitude
Dear Moms of Teens, The True Magic of Christmas Wasn’t When our Kids Were Young. It’s Now.
10 Tips for Making Your Child's December Birthday Party Special