The moment you find out you're pregnant you never plan things to go off course. You just imagine the sweet kicks, cravings and baby bump growing weekly. I just had my sweet girls pregnancy and birth to compare to so I felt as if Grady's pregnancy should be smooth sailing, BOY was I wrong!

We make it to the 12 weeks mark, YAY! I'm in the clear, WRONG! At 13 weeks things got rocky for us I had a sub-chrionic hemorrhage by 15 weeks the hemorrhage was healed so I went on to think things would be just fine, just a little hiccup, but we are good now. Until we find out that I have low amniotic fluid so from there I was told to drink a ton of water and we will see how next week goes. 16 weeks we are still low but I decided to get my 2nd trimester genetic screenings done. I wasn't aware that bleeding could cause these test to be inaccurate so about 17 weeks I get a call saying the test came back with a high AFP for neural tube defect like spina-bifida. So then I'm officially sent to a high risk doc. Scans showed baby was fine, but I did have very low amniotic fluid so I'd come back at 22 week and we will see how things progress. From there they made me another appointment for 27 weeks, unfortunately I wouldn't make that appointment due to a Premature rupture of membranes at 25 weeks 4 days....SO I was ambulanced from my local birth place to a hospital that had a level 3 NICU where I would stay in hope of keeping our little man in till 34 weeks!

Little man almost stayed in 4 whole weeks so I'm impressed with that but I think it came to the point that God knew my body could no longer provide my baby with the proper womb he needed to grow in. On Sunday morning 12/18/16 Charles (husband) and Syd (2yo daugther) headed down as they always did on his days off, but little did I know in a few short hours of having them there I would grow incredibly uncomfortable. I had my nurse hook me up to the monitor twice and both times it showed nothing so I figured the pain was coming from the baby moving. I suggested that they go home because I had a weird feeling. I had my blood drawn to check for signs of infection, but my white blood count wasn't off the charts so they figured I'm in the clear for that. About 7p.m. I had myself put back on the monitor, at this point I'm starting to feel contractions and sure enough they start to pick up on the monitor. The doc came to check me out and I was at 1/2 centimeter dilated but nothing they thought was going to be worrisome and Grady was head down. I told my nurse that with my daughter I ended up progressing really quick once I did dilate, but she was going to start the magnesium which is for neural protection of baby if he decided to come and also could stop labor, but the magnesium didn't phase me. They also gave me something else that was supposed to stop pain and hopefully knock me out, but again didn't even touch me. At this point I think my nurse was aware that this baby was going to come sure enough by 10p.m. I had a contraction and instantly yelled "HE"S COMING!" So she hit the emergency call button, said she needed everyone, and Then checked me, Grady was coming! They got me to the OR just in case things went south for me but was also close to the NICU so they could get baby in there quickly. By 10:17 he was here! Scary moment but I heard a tiny cry and they rushed off with Grady because he is very premature and needs assistance with his lungs since they're underdeveloped. Those first few hours were so terrifying for us as we didn't know what was going on with our baby. Finally a NICU doc was able to come give us some information, which wasn't very promising at the time.

The first day we walked into the NICU the words from our nurses mouth were " He is feisty" the best words I think my husband and I could hear! Something so little already making it known he's a fighter! Grady not even being 5 nights old was started on CPAP (Continuous positive airway pressure) and off the Ventilator.Which is huge! Praise God. For many of us NICU parents we know that with steps forward can also mean steps backward. So shortly after being place on CPAP Grady wasn't able to maintain his sats so back on the ventilator Grady went. It was so discouraging at the time, but shortly after I tried to remind myself that it was part of the process and the NICU team was doing what was best and what Grady's body needed. We had a long road ahead of us at that point but a 104 days later we were able to bring Grady home. We weren't out of the clear at that point he did come home with oxygen and a feeding tube. A couple weeks after being home we were able to take the feeding tube out and then 2 months the oxygen was able to be discontinued! It was a long road, but now Grady is a healthy 10 month old! We are so thankful and blessed for the NICU team we had that took care of our little man! In April we were able to take part in the March of dimes and then in September Grady got to attend his first NICU reunion!! 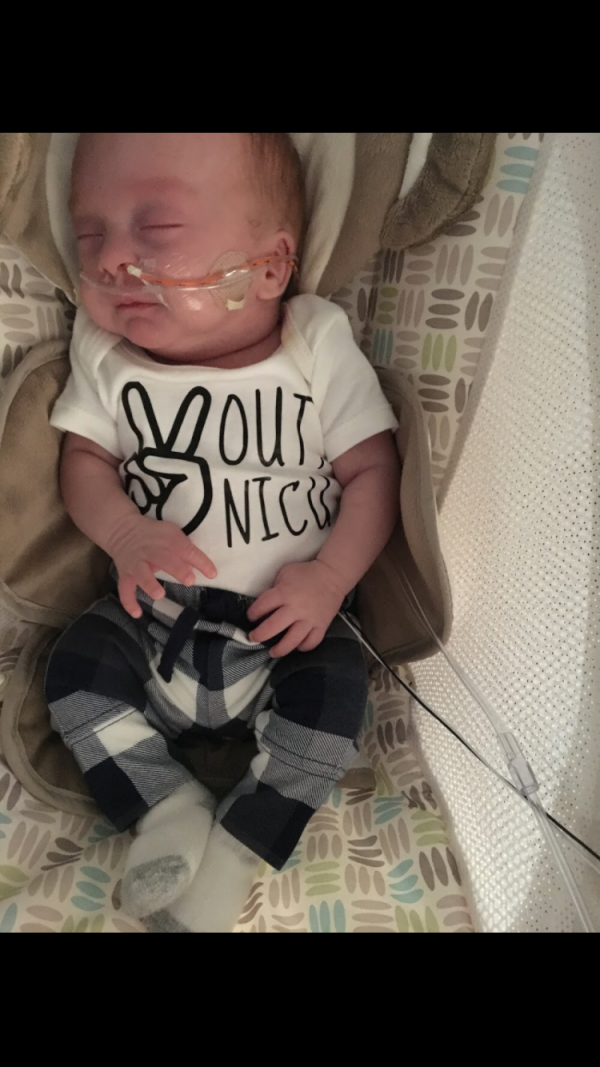 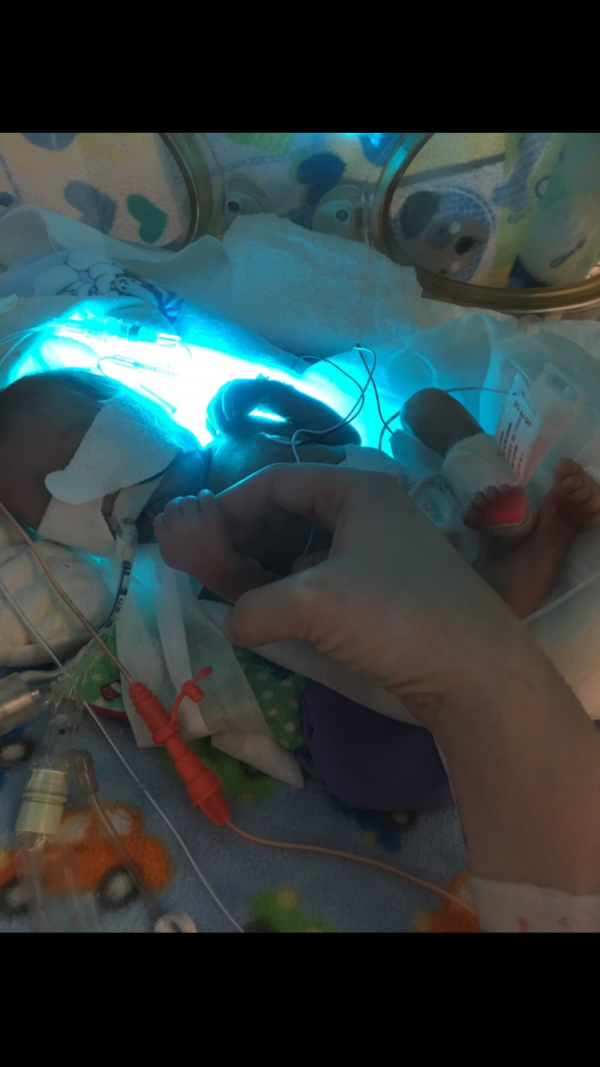 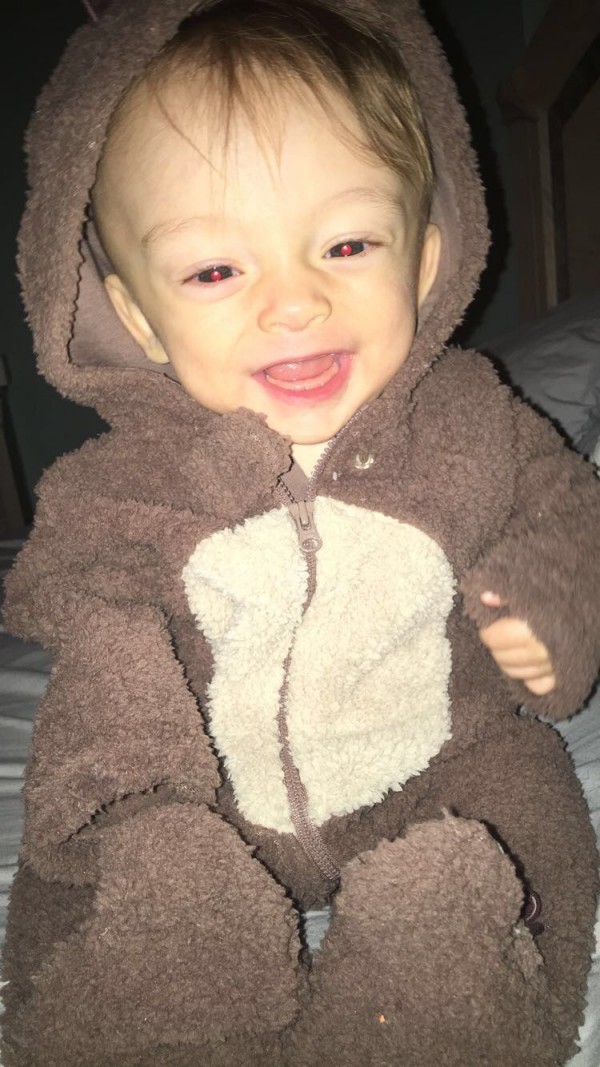 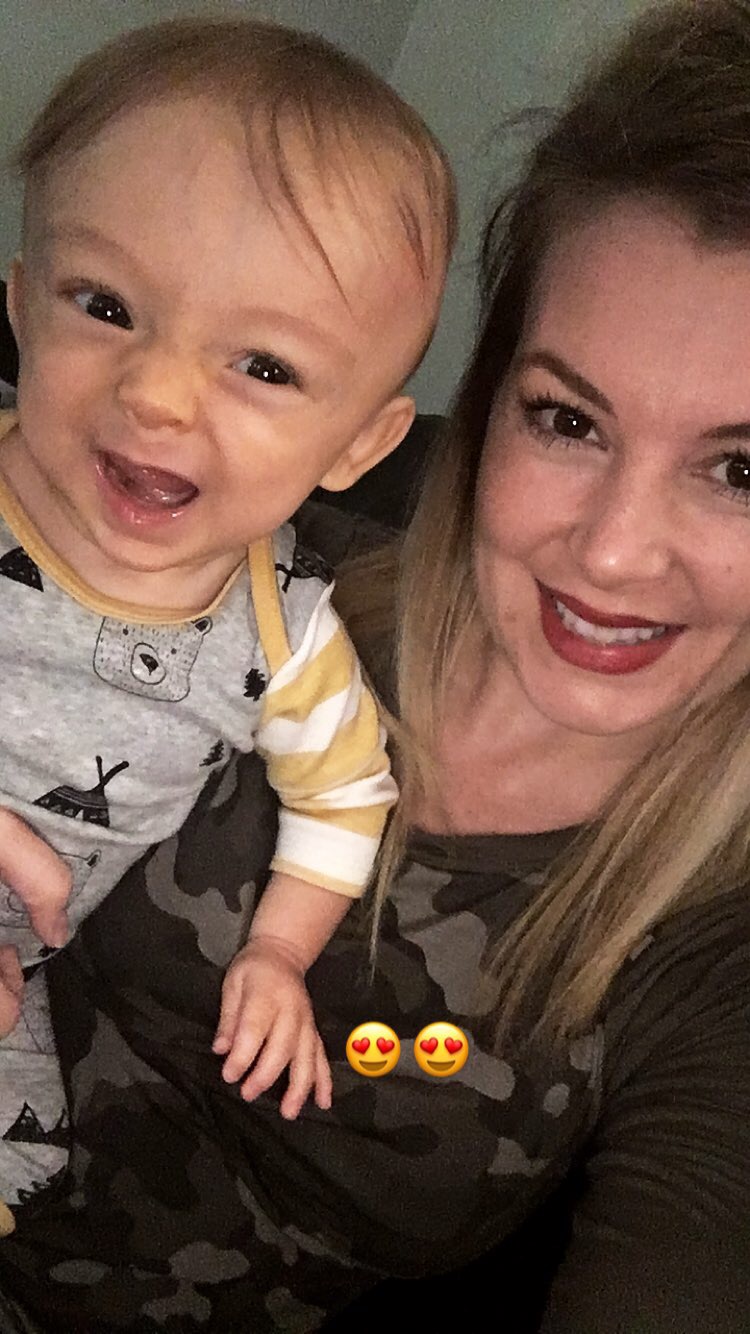 A Journey of Hope: Hospital residents no more - two years of miracles
From "normal" to neuro
NICU Horror Story
advertisement

A Journey of Hope: Hospital residents no more - two years of miracles
From "normal" to neuro
NICU Horror Story