Published by Lori Miller on September 8, 2015 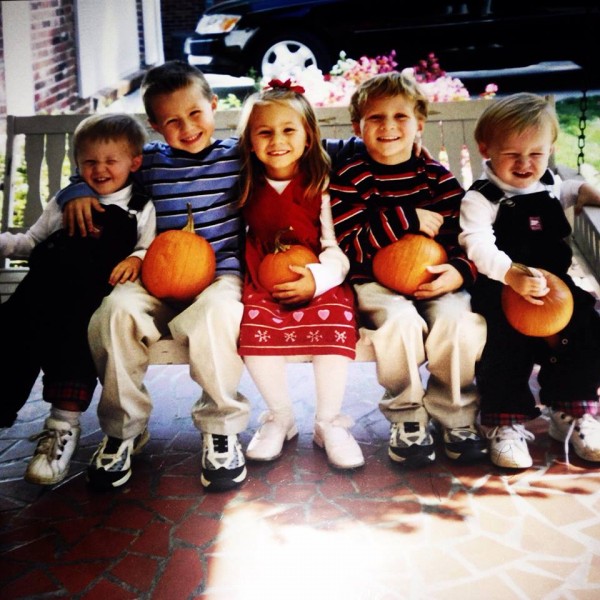 I remember with great clarity the frenetic activity in my home at every valiant attempt to leave the house. I knew that with five children under the age of five, including two sets of twins often referred to as “shock and awe”, our very appearance would invite the familiar sting of prying eyes and pointing fingers.In an effort to fight against the unfair stereotypes of larger families, I felt great pressure to ensure that my children were impeccably dressed and appropriately groomed. I can, to this day, feel the familiar panic that would undoubtedly set in at the first hint of a tantrum, and I can easily recall the whispered prayers, as I looked desperately for a place to nurse my newborn twins hands free while retrieving a toddlers binky and wiping a preschooler’s face. Despite my best efforts I would often return home defeated, wearing the heavy cloak of disapproval and conviction.

“Don’t you know what causes that?”, “Are they all yours?”, “You have your hands full!”, the very pointed “better you than me” and even the occasional reference to my tendency to drop two eggs upon ovulation would lead me to return to the safety of our home wearing the heavy cloak of judgement and misperception. It was almost as if the typical amount of grace extended to frenzied parents of newborns and toddlers did not apply to my unfamiliar situation.

As my children grew I began to develop coping mechanisms for our forays into the world. Gaze aversion was key as to not open the door for unkind questions and comments, and every outing became a delicate tightrope act as I would desperately try to balance my children’s need to explore and experience with the pressure I felt for them to be exceptionally behaving little people.

As a young parent I became isolated and insecure. Fearful that my inhibition would somehow transfer to my children, I began to work hard to undo some of the damage created from the callus behavior of others. I quickly came to understand that no one has it all figured out, especially those who felt it necessary to put a critical spin on the great gift of my large family. Instead of focusing on the challenges of raising such a unique bunch, instead of concentrating on the shortcomings that seemed to be so easy to point out, I began to intentionally list the redeeming qualities and the benefits of my situation. Buoyed by a newfound confidence in my ability to parent in an exceptional situation, I started to quietly carry the burdens of others, tenderly aware that in most every circumstance there is a backstory, a battle being fought about which I have no knowledge. As my children grew I began to recognize in them the sweet understanding that in diversity of thought, opinion and experience there is great beauty and fortitude. For my family, what was born of pain and judgement became a gift. There is opportunity in brokenness, and as I slipped out from under the heavy cloak of a critical nature, I uncovered the freedom found in the gift of an authentic life lived free from the weight of judgement with dignity, courage and a sprinkle of grace.

Lori Miller is a single mother of five children, including two sets of twins, born within the span of four years, all now in the throes of adolescence. She works full time and blogs whenever possible.

It's a "Twincident": How I Found Joy In The Ugliest Moments in Motherhood
Stop Mom Judging
The Damage & Discovery that Came from Depriving Myself of Sleep
advertisement

It's a "Twincident": How I Found Joy In The Ugliest Moments in Motherhood
Stop Mom Judging
The Damage & Discovery that Came from Depriving Myself of Sleep