Good Parenting 101: How to Help Your Child Help Others?

Published by Jennie Campbell on January 26, 2018

The first people a child interacts with are her parents who usually give her their all. So she may develop problems in her behavior unless she is taught to develop empathy. However, this should not be the only reason why you should teach your kid charity. Children become aware of social structures when they are 3-4 years old. This, therefore is the best time to start making your child understand how lucky she is. 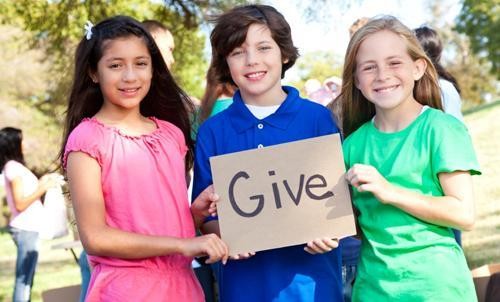 Be A Good Parent

In an environment where parents are socially aware and active, it is not difficult to inculcate charitable principles in the child. As a parent, you are the first example your child would emulate, for anything you do, and this calls for responsible parenting. So you need to closely control your own actions and try to be the model parent.

Once your child starts asking questions regarding a topic, she is old enough to perceive and develop a basic understanding at least. If you start acting secretive or expressly prohibit her, she will try getting answers elsewhere. Meaning that she may not only end up with wrong information but unwittingly get into things that are potentially harmful.

Also, making your child aware from a young age actually would make her more intelligent and compassionate. And this would contribute to her being a responsible human being and the world being a better place at the end of the day.

Start with her questions. Proceed to the things she comes across in the newspapers and the TV. Help her gain control over her knowledge and turn it into something useful. War, abuse, violence both implicit and explicit - whatever be it, introduce your child to it bit by bit. That way, you will save your child from becoming a victim to any of these herself as well.

There is nothing better than hands-on involvement. At the same time, you should keep in mind that children are naturally impressionable and sensitive. So you need to control her involvement till she reaches an age to understand and judge for herself. Else, in your zeal, you may end up inducing trauma in your child. This may in turn cause serious psychological and physical problems in her. For example, you don’t need to take your child to a survivor’s support meeting in her first outing. The world can be a very bad place. Introduce her to the goodness in the beginning.

The best thing would be to introduce her to children of her own age in a shelter or a hospital. That actually is a very good way of giving her a sense of achievement through her help within a safe setting and making many children happy at once. Identify themes that would resonate with your kids, and help them see the difference their charitable efforts make.

Jason Sugarman, for instance, supports the Fullerton Technology Foundation in California, helping technology become more accessible for teachers and students. Jason, along with his mother, put in a start up fund of $250,000 to form the Fullerton Technology Foundation. He’s been actively involved in the cause of fundraising for the technological advancement of elementary education in Orange County. In his own words, the charity efforts have grown from being $50 dinners to the most successful fundraisers in Orange County.

Ron Lieber, in his book ‘Opposite of Spoiled’ also recommends that parents should motivate their children to help people they don’t know directly, after a few years of local charity.

More Things to Do For Parents

You can do the following:

While charity should be an end in itself, it might help you in knowing that philanthropy is often a requisite during college applications. Also, it makes your child better at maths and helps develop management skills. So, making your child charitable is a good idea whichever way you look at it.

I am a Parenting Expert, Writer, Speaker, Broadcaster, Parenting Coach and Mum.