My daughter and I had a conversation today about a girl that was “copying" her in class. I asked her what she meant by "copying." I said "Do you mean she was cheating off of you? Were you taking a test?"

I already knew the answer.

She’s 5. I had to explain to her what a "test" is and I also had to explain to her what cheating is. But once I explained the concept she actually understood quite quickly. At 5-years-old she understood cheating on a test is wrong because you are supposed to study and put in the hard work to do well on the test. If someone is gaining something (in that example a good grade) because of something you did then that's cheating.

So I asked her again if that’s what she meant by saying someone was copying her and she said no.

She said this girl was "saying what I said and acting like me." 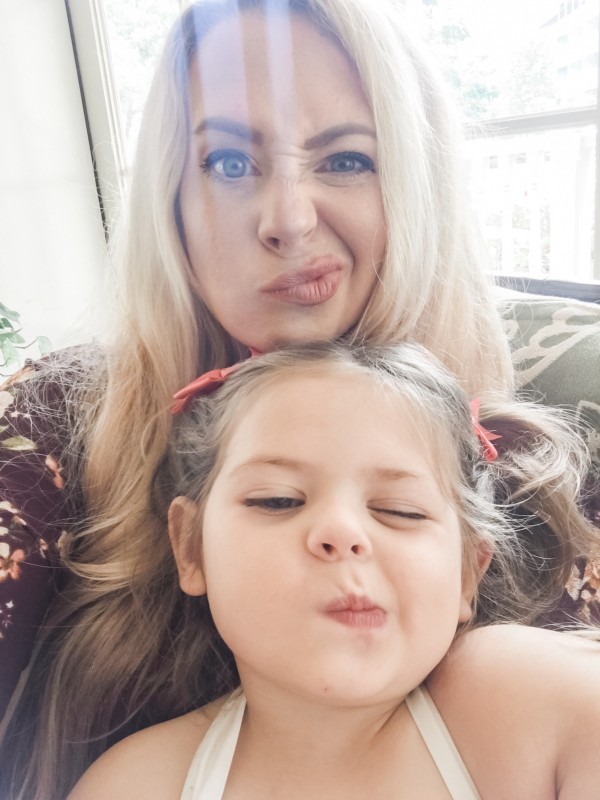 "Oh! That’s amazing!," I said, in my most cheerful "mom voice." She was then silent for a minute from the backseat after obviously not receiving the response she had expected.

"No mommy, she is trying to be just like ME!"

"I heard you, baby! And I think that’s so awesome! I’m so happy for you! That means that everything you are doing must be absolutely amazing for someone else to want to do it too!"

What followed next was a three part conversation I know I will need to have quite a few more times until it sticks.

The first part was: How do you know she’s copying you?

I explained to my daughter that I think one of the coolest parts about people is how much we all have in common. It’s what connects us. So I asked why she would think just because someone is saying the same thing or wearing the same thing, it was because of her? Why couldn’t it just be they also had the same thought or saw the same outfit and loved it or said the same thing?

It’s easy to think we are the only ones in the world that say something or think something or go through something; that it could only possibly happen to us. But the truth is it’s completely possible to have the same thought, same experience and (gasp) same outfit as someone else. That doesn’t mean they are copying us. In fact it actually probably means that's someone we should try to be friends with because we obviously have things in common with them. 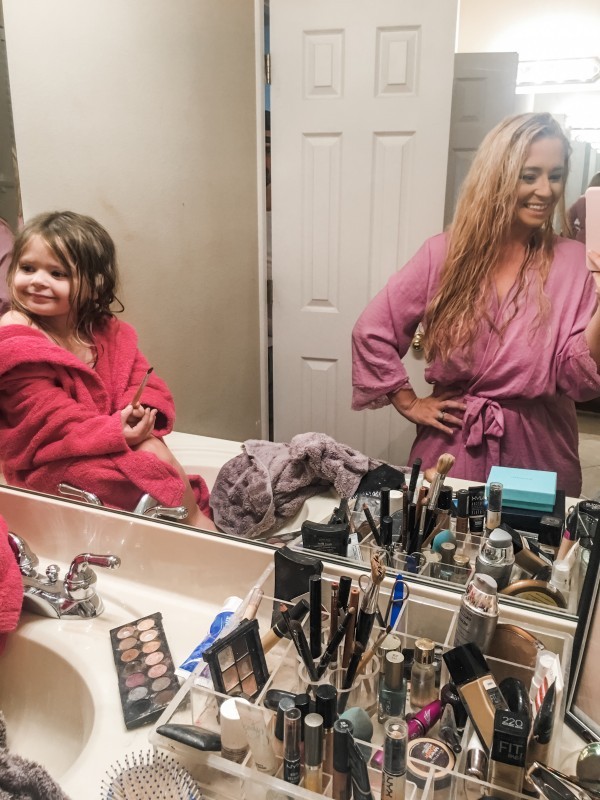 The second part of the conversation was: Imitation is flattery. (Two more big words I had to explain to a preschooler).

I told my daughter if someone wants to be like you, you should thank them. That means they see something in you they like, and sometimes that's something we don’t even see in ourselves, so we should thank them for pointing it out to us. I mean, not actually thank them, that would be being a jerk (a word I immediately regretted introducing her to as soon as it was out of my mouth), but we should think in our heads that we're thanking them. Because someone trying to be like us is actually awesome. I asked her if she tried to be like anyone and when she said no I told her that wasn’t true. She tried to be like mommy, and that wasn’t a bad thing, right?

And then finally part three: Why did she care?

Was it hurting her? Did it take anything away from her? Did anything bad happen to her because of what the other girl was doing?

"No" she answered to all of my questions. Quickly followed by a "but it’s MINNNEEE."

Now, again, she’s 5. I don’t really know what she was saying was hers. (If she meant her style then I would have had to break it to her that her style isn’t technically hers since I’m the one who dresses her... but I digress). At this point the conversation had gone on long enough for me to realize she was too small to grasp the whole point, so I pulled in to McDonalds and bought her an ice cream and changed the subject instead.

Sometimes you have to pick your battles.

But why am I taking the time to explain this conversation to you? Because it’s a good lesson no matter your age and maybe you will read this and it will sink it better.

Girl, stop hating on people because you think they are trying to be like you. Get over yourself if you think they are "copying" you. Life is not a test (Spoiler alert: the beginning and the end are the same for everyone; birth and death. Major bummer, I know). Accept (and celebrate because it’s actually pretty freaking cool) that other people can think the same thoughts, have the same experiences or even say the same phrases as you.

It’s not what makes us unique that connects us - it’s what we have in common.

I can already think of a thousand and one rebuttals to the point I’m trying to make: "But that was my idea and she’s using it!" "But I wore that outfit first and now she’s wearing it!" "But I said that/made that/wrote that/thought that FIRST."

Universal truth: Anytime you put a BUT first you are starting at the wrong end. (Unless you are J.Lo and then you should definitely do everything butt first because hers is amazing).

The point I’m trying to make is this: You aren’t unique. I’m sorry. If it makes you feel better neither am I. We are all filled with so much "sameness" that if we stopped looking at it negatively we would actually realize how awesome it is. What we have in common is what bonds us and with those bonds we should be building, not destroying.

I could probably keep going but I’ll end this here just like I did with my daughter by using a well-known and critically acclaimed quote... "Ok. Maybe she copied you... But did you diiieeeee?" Maybe that's not exactly what was said in the movie, but you get my point. Maybe.

She didn’t get the reference, though.

But she did get ice cream. 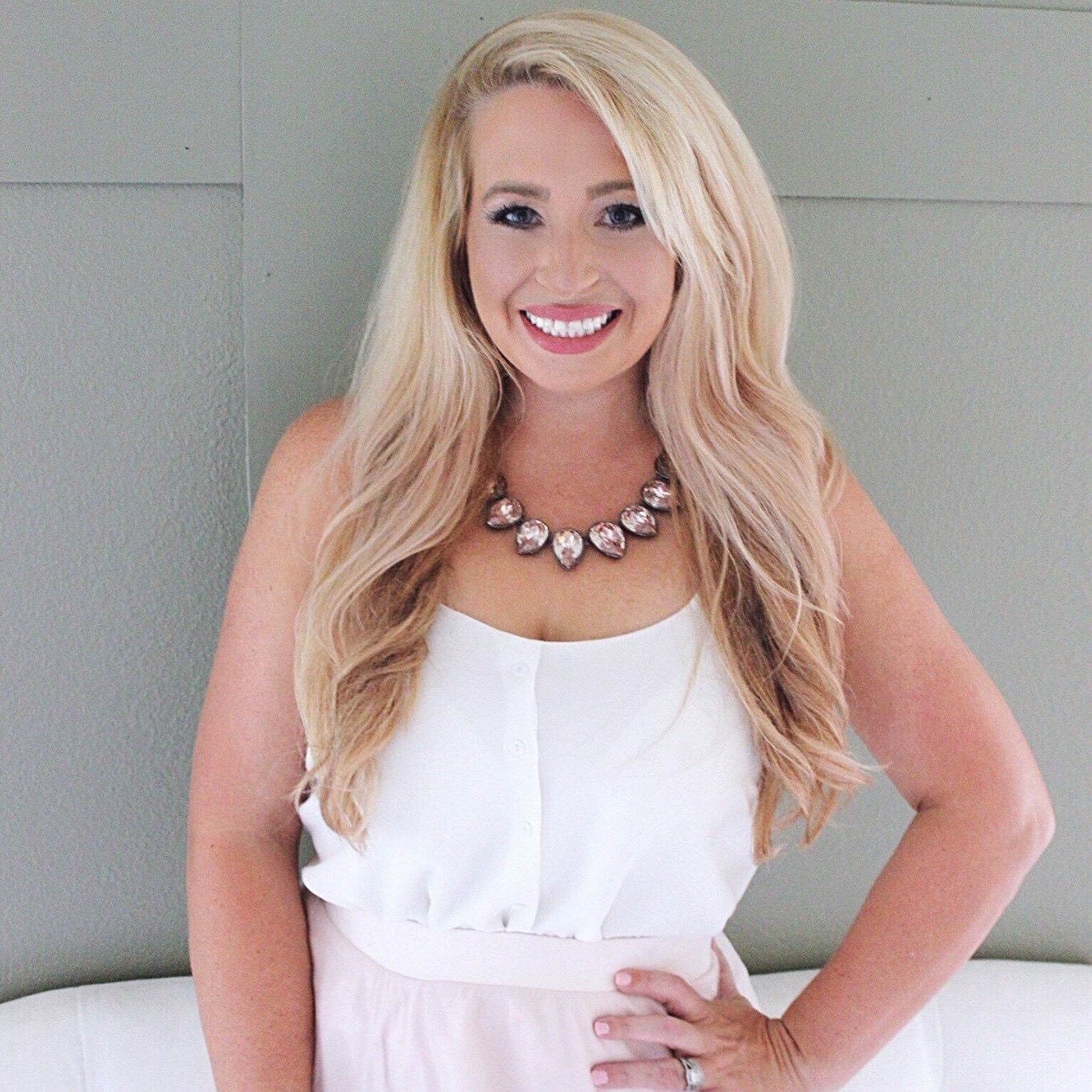 Mother, wife and writer sharing stories and starting dialogues about how I've learned to live my best life and why I choose to love every single second of every second I am given.

How Following Your Own Dreams Helps Your Kids Follow Theirs
The Only Way Through Is Together
Slut-Shaming: Teach Your Kids NOT to Call Girls the S-Word
advertisement

How Following Your Own Dreams Helps Your Kids Follow Theirs
The Only Way Through Is Together
Slut-Shaming: Teach Your Kids NOT to Call Girls the S-Word