In the spring of 2011, I sat surrounded by dying plants. Some had leaves painted with nail polish and some did not. They were the remnants of yet another ill-advised and poorly designed elementary school science fair project. Weary from pushing my daughter to meet her deadline, I had a flash of inspiration. I seized upon the idea of writing up the "real" results of the question burning in my mind that night: "How Much Turmoil Does the Science Fair Cause Families?"

I cadged a bright yellow trifold board from a friend and set to work. The words flowed quickly and the markers flew across the cardboard. My proposed materials included my personal favorite: "half-baked idea of dubious merit." The graph showed the common results of crying and yelling. And the conclusion was inevitable: "Everyone HATES the science fair." 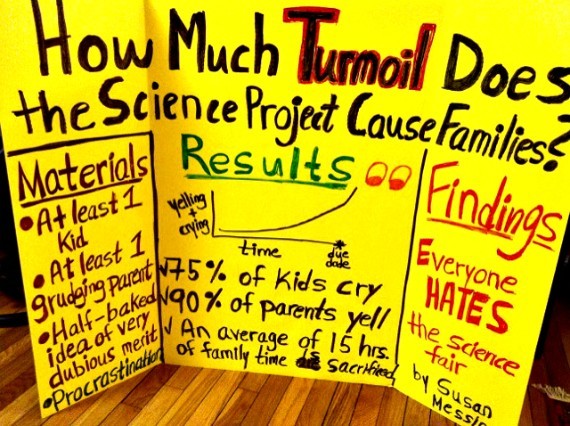 For kicks, I took a photo and on the night of the science fair, showed it to other like-minded parents in the elementary school gym. They laughed. I posted it to Facebook and my friends liked it. And that's where it stopped, until three years later. In 2014 I revisited the Facebook post and decided to set the privacy settings to "public." While I obviously thought it was funny, I had no idea what a chord the fake board would strike in parents across the country. Hundreds, and then thousands, of people clicked "like." It started to be shared. And shared. And shared.

And then George Takei picked it up! His February 18, 2014 post, "This Wins, Fair and Square," vaulted me into the viral stratosphere. That post was liked and shared and commented upon hundreds of thousands of times. Eventually, in 2015, the Christian Science Monitor wrote an article about the phenomenon, entitled, "George Takei Reignites Discussion on Lackluster Science Fair Fare." The fake science board has been published in at least one science text book and appeared in the February 2015 issue of Reader's Digest.

Each year, as the fall and spring science fair seasons roll around, parents rediscover the bright yellow board online and it starts circulating again. Without a doubt, I touched a nerve. There are millions of frazzled and annoyed parents out there irked by mandatory science fairs.

However, while many people understand the humor, others do not. I've seen my share of comments calling me "anti-science" and "a terrible parent." I address some of those issues — and explain more my ideas for how the science fair could be made better — in my Huffington Post blog post, "That Fake Science Fair Poster That Went Viral? I Made it. Here's Why."

Honestly? I would LOVE more students to be excited by science. I would also love more schools to have fantastic resources to help ignite that excitement. And I would REALLY love it if enough changes were made so that parents of the future would see my fake science fair board and not get the joke. 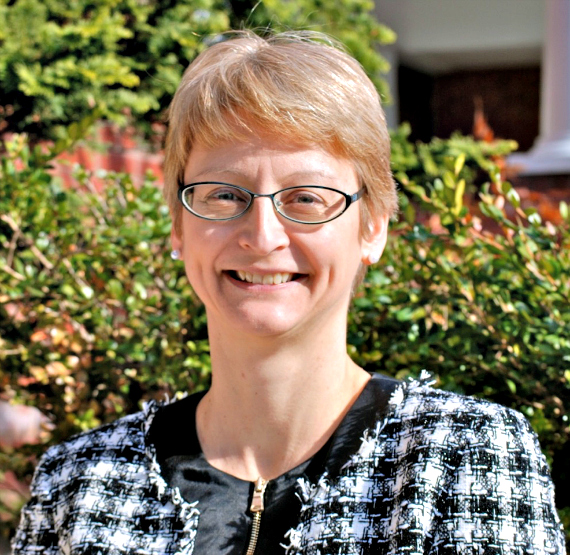