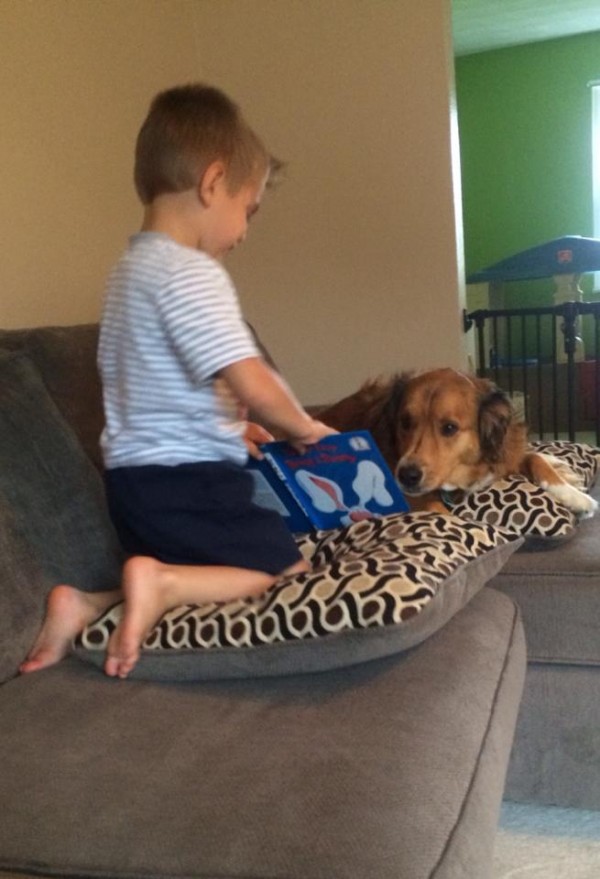 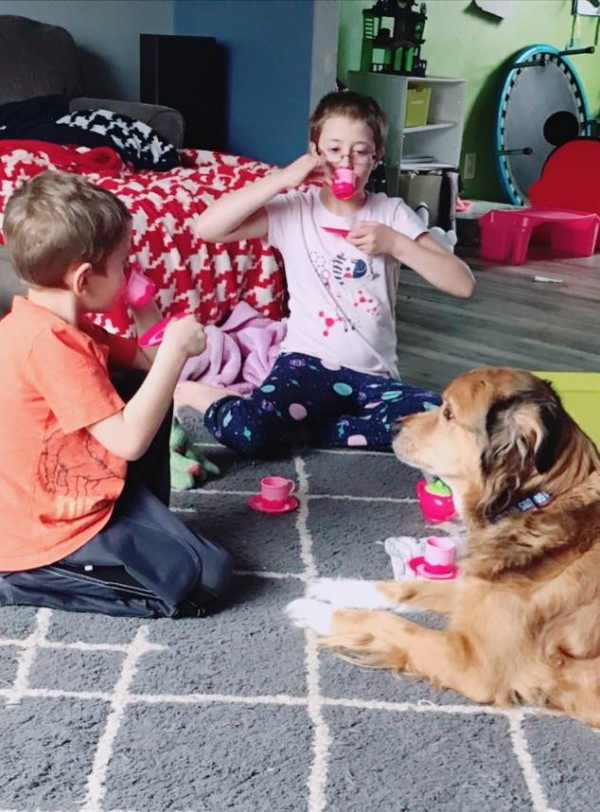 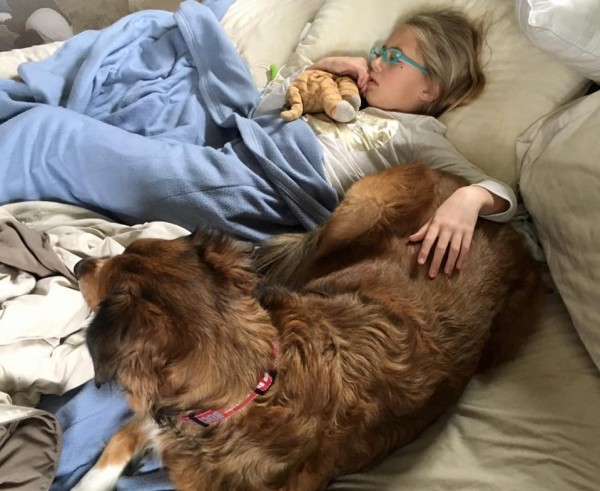 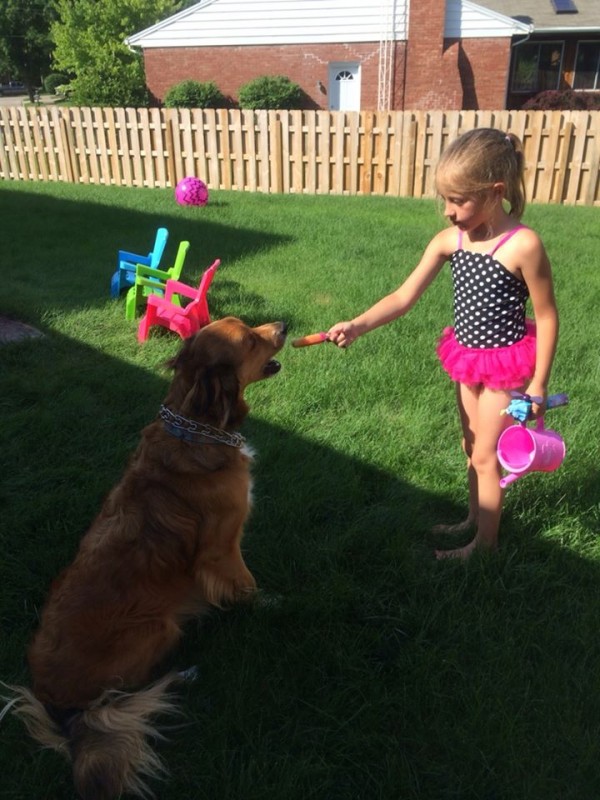 We were a no pet household and happy. Then my daughter found a cat. A stray one. And she just HAD to keep it. Siding with her I pleaded with my husband we can’t possibly take it to a shelter, “they’ll put it down.” But alas, he was allergic. And the cat was not to be ours.

We took it to a no kill shelter. Where my daughter fell in love with a dog. I said “no.” And she cried “but mama, they’re gonna put him down.” And I melted. So with a 6-week-old baby and a 4-year-old (who apparently hears everything) “Bentley Kittycakes” came home.

It wasn’t an easy homecoming. He chewed board books, ate a visitor’s hoodie, and made me chase him through the neighborhood daily screaming his full name. But, eventually we grew on one another.

Bentley became a lap dog. Even at 80 pounds. We learned he LOVED story time and tea parties. My son’s first steps were towards him, not me and the first words he read were also to the dog. It became clear we were dog people, and he was meant for us. Years later my daughter became ill. Very ill. Seizures threatened her life. And just as she saved him, he began saving her. With no training he would alert to her seizures and support her through and after them.

Our Marriage Survived My Husband's Brain Surgery
We have a new puppy! Welcome to Gracie!
Our loyal companion
advertisement

Our Marriage Survived My Husband's Brain Surgery
We have a new puppy! Welcome to Gracie!
Our loyal companion