From 26 Weeks to Double the Miracle 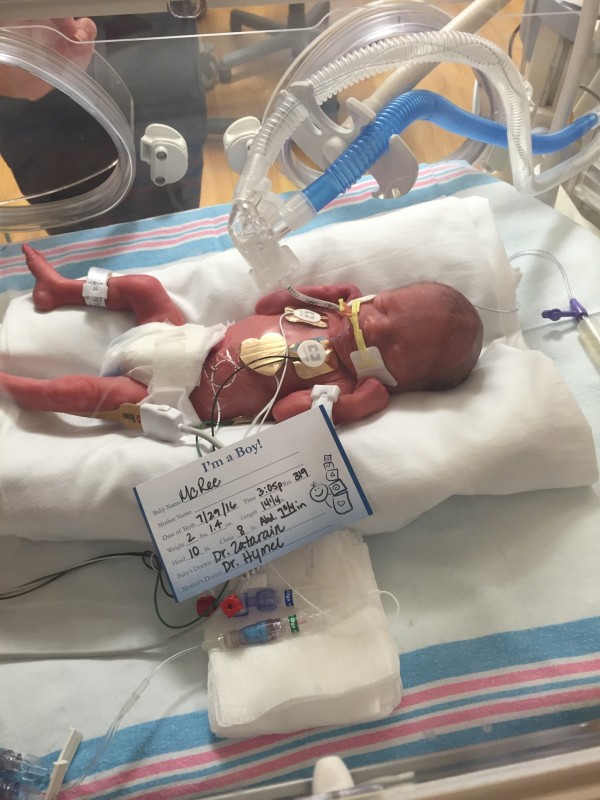 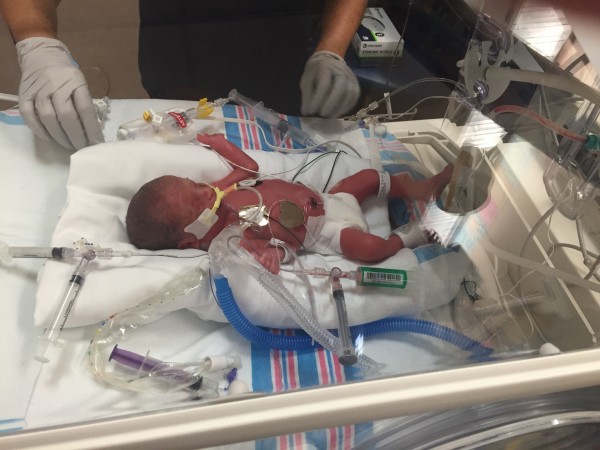 I always thought that having a baby would be easy based on how easy it was for all my friends, but that wasn't the case. It took my husband and I 8 years and several fertility treatments before IVF worked. We found out we were pregnant with twins on February 12, 2016. I thought that becoming pregnant was the hard part and this pregnancy was about to be a breeze. Little did I know.

At 26 weeks, I went into labor due to my daughter kicking her way out. I was literally the calmest I had ever been, but slowly that would disappear. My twins were born on July 29, 2016, 3 months to the day early, via an emergency C-section weighing in at 2 lbs. 1 oz. and 2 lbs. 7 oz. I was not able to see them for several hours due to my epidural. My husband had to show me pictures of them and the second I saw them, my heart dropped. I had never see anything so tiny and covered in so many wires in my life. At that moment, I thought I had failed as a parent because I couldn't keep my babies in the womb for longer.

Leaving the hospital without my babies was the start of several hard days that would happen for the next 3 months. My husband and I slept with our cell phones just in case the hospital called, but deep down we hoped that we never got that call. On August 3, 2016 at 7:00am we received the call that something was wrong with our daughter. Our daughter was taking in air in her stomach and had to be rushed to New Orleans, 45 minutes away, for emergency surgery. The only way to New Orleans from where we lived was a 22 mile long bridge across the lake and it closes regularly due to bad weather which happened to be that day. I have never cried more in my life than that day because I couldn't help my daughter and watching her being transported in bad weather at 5 days old was by far the hardest day I had ever had.

For the next 2-1/2 months I split my time every day driving 10 minutes away to visit my son at one hospital and then would travel 45 minutes away to visit my daughter. I did that drive so much that I could do it with my eyes closed. It was like clock work and I didn't know anything different. Every time you think that you are getting 1 step ahead you take 10 steps back. On September 21, 2016, my kids were finally reunited back to the same hospital and that was such a relief for us. And finally on October 14, 2016, my son got to come home. I had never felt so excited, but so sad at the same time. Once again, I had to leave the hospital, but this time with only one of my children. My daughter would soon come home on October 29, 2016, their due date.

One of the best things that ever happened while my kids were in the hospital was the Drew Brees Foundation. He provided several hundred cameras for each NICU room so that parents and family could watch their children while they were at home. The hospital that my daughter was at had them, but my son's hospital didn't until the end. I swear that my husband and family watched my daughter every 5 seconds. I could see what the nurses were doing and it just made me have piece of mind when I couldn't be there. I'll never forget the night of the Olympics, we turned on the camera and my daughter was literally kicking her legs straight in the air like she was right there watching them with us. Not having my child in my house, but being able to see her act crazy or since the camera around made my heat swell. I swear if I ever had the chance to see/meet Drew Bree's, I'd give him the biggest hug. If hospitals do not have the cameras, it should be a must! 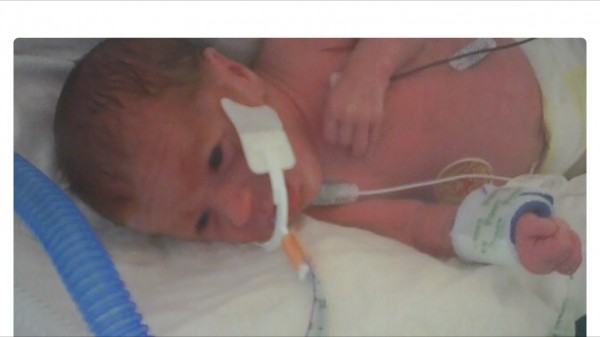 Screenshot of my daughter on the cameras provided by Drew Brees.

I couldn't be happier to have my babies home and together, but it would still continue to be a challenge. My kids came home at 3 months old and would have to wear an apnea machine and oxygen for 4 months. The first time the machine alerts went off, was probably the fastest I have ever flown out of bed in my life. I don't think I slept for a year after my kids were born just making sure they were breathing and nothing was wrong. My kids got off of oxygen Mardi Gras and I think my husband and I celebrated that day like no other. We were now able to go out of the house and not have to worry about whether our kids could breath or do we have enough oxygen in the tank for the amount of time we will be out. That day I finally felt like a new mom coming home with a term baby. Fast forward almost 16 months from the day that my twins were born and you would never know they were premature. I can truly say that they are 100% healthy and I thank God each day for that. 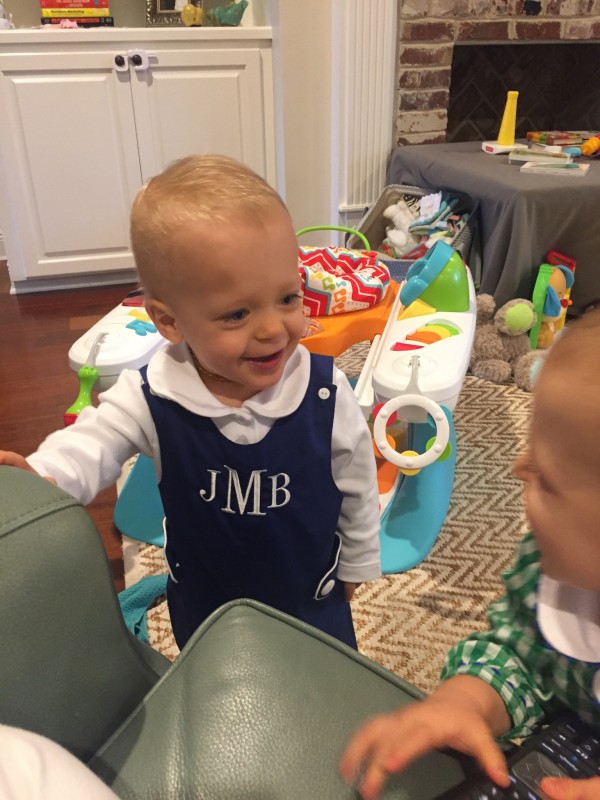 The moment he realized that she'll always be by his side!

I was a NICU baby and to have NICU babies makes me appreciate my parents even more. Leaving your babies in the hospital and not knowing what each day will bring is one of the hardest things I've ever been through. I truly believe the NICU nurses and doctors are the reason my kids are as healthy as they are today. We just had our NICU Reunion and I truly do feel like the nurses/doctors/staff are family. I hated that we wouldn't see everyone everyday, but was so glad that I didn't have to come back to the NICU.

I was never able to have a baby shower because my kids came the day before my shower was scheduled and I was never able to take maternity pictures and I was sad for a week thinking about those things. But now that I look back at everything that has happened, those are just material things and my kids lives are way more important than that. I will never downplay any woman's term pregnancy, but there's a certain bond that NICU parents have that no one will ever understand unless they have been there. No one will understand what scrubbing in means, understanding your kids weight by grams instead of pounds, knowing doctor terms, seeing a syringe and knowing its for feeding, or what certain tubes mean unless your a NICU parent. No one will ever understand a time limit for holding your child and even the day you get asked "do you want to hold your baby?" unless your a NICU parent.

I don't wish a premie baby on anyone, but I do think that having a premie helped me become the parent I am today. I can never say thank you enough to everyone that was there for us and helped us during the most difficult times of our lives! 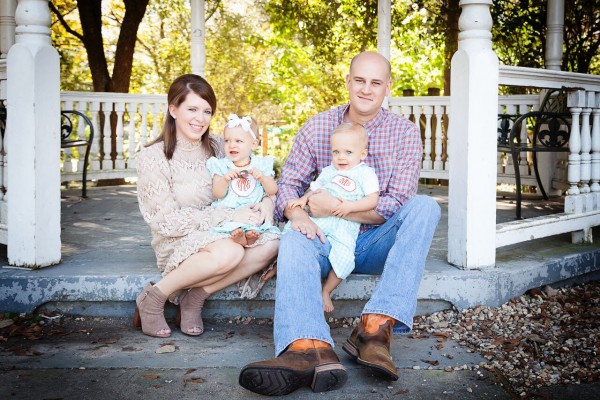 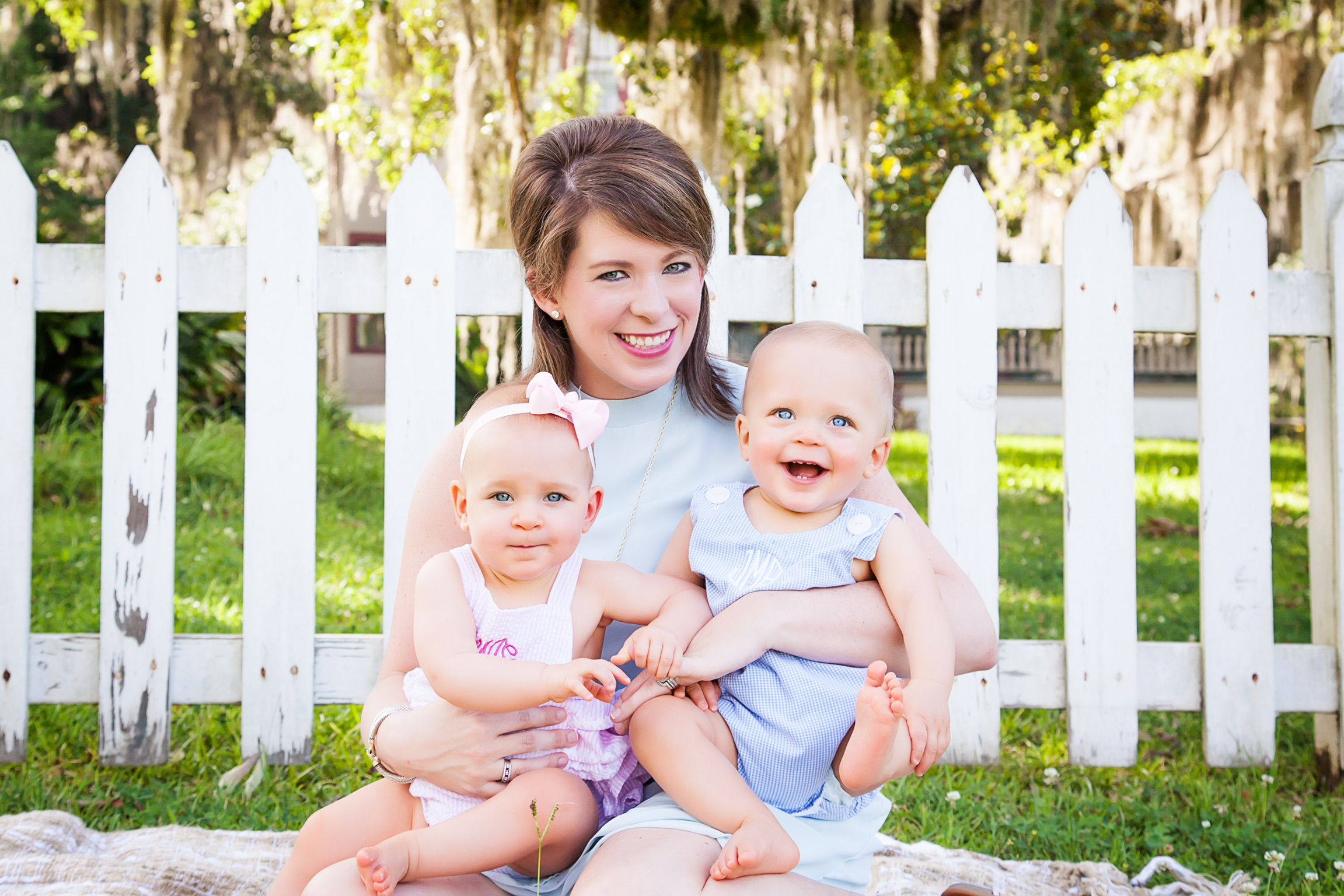