For parents, the gift of ‘holding space’ for our kids is more important than ever

Published by Lisa Sugarman on November 2, 2020

As human beings, we represent a lot of different things to a lot of different people over the course of our lives. Often, we’re a combination of parents or partners or spouses or co-workers or siblings or friends or children. Or, in some cases, all of the above. And in each of those very different roles, one of the greatest gifts we can give to any of those people is to hold space for them. You know, to just, in the purest and most profound way, be there for them. To listen without judgement. To do nothing but absorb what another person is sharing or telling or confiding in the most compassionate of ways. And it’s especially profound with our kids. Because it’s just as beautiful and cathartic for us as it is for them.

So, I’m curious, when was the last time you held space for your kids? The last time you gave them the opportunity to open up to you and truly be heard. Authentically. The last time you really just sat and listened, without jumping to conclusions or offering feedback or criticism. And for no other reason than to simply receive whatever it was they needed to share?

Was it recently? Was it too long ago to remember? Was it ever?

I ask because, as someone who truly loves the human connection I share with most people, I’m always curious to know how other people take on that practice of offering themselves as a sounding board. Cause I tend to do it a lot. And while some people may see it as burdensome, I don’t. I see it as a true gift. Because at the end of the day, it’s the act of holding space for our child that represents the ultimate gift of giving. It’s that expectationless moment when we’re just taking in what they have to share, without rendering judgement, that’s one of the most authentic moments we can share with our kids.

Now, I’m acutely aware that we all have a pretty diverse emotional infrastructure, which means we can’t hold space for everyone in the exact same way. And especially with our kids, it also means we have to resist our instinct to jump in and fix a situation or a problem or a crisis and just take it all in so they have the space to figure out how to help themselves. And for a Cancer like me who’s deeply sentimental and sympathetic and emotional, that’s a tough one. But it’s so worth the effort and commitment. Because there’s nothing quite like that feeling of gratitude you get from your child when they’ve just been heard and supported and recognized for what they’re going through. It’s powerful stuff. And it’s worth the effort because, according to Wanderlust.com, holding space creates a chain reaction. It allows us to open ourselves to what another person might really need, and that, in turn, allows them to do the same for someone else when it’s their turn to show someone some compassion.

Because sometimes, as a mother, we need to be something different to our kids than just “mom,” especially once they’re older—like teens and college-age—and have more complex lives. I’ve realized that my girls just really need to know that I’m there to hear them or walk alongside them, but not intervene. And those are the hidden gems of parenthood. Those are the times when we can really be present for our kids with an open heart and an open mind and without trying to influence any outcomes. Because what I’ve learned through lots of trial and error, is that they’re way more apt to let us hold space for them when they know that there’s zero expectation of us trying to be The Fixer.

And even though I sometimes believe that I know what’s best for my girls because I’ve got more accumulated life experience than they do, doesn’t mean I’m doing them any favors by swooping in and spoon-feeding them all the answers. Sometimes, it’s just the act of being there to listen and let them ruminate over something that’s the trigger they need to discover their own solutions.

So, if you’ve never held this kind of space for your children, that circle of trust is worth stepping into. It’s worth establishing that kind of connection with them because it’s through that basic act of showing up for your kids that we deepen our own sense of compassion and empathy and love.

And if you have shown up in those ways, then you’re way ahead of the game in terms of understanding how powerful that simple act can be as a parent. And isn’t that what it’s all about at the end of the day?

I’m pretty sure it is.

Lisa Sugarman lives just north of Boston, Massachusetts. She writes the nationally syndicated opinion column It Is What It Is, is the co-host of LIFE UNfiltered on North Shore 104.9FM in Boston, and is the author of How To Raise Perfectly Imperfect Kids and Be Ok With It, Untying Parent Anxiety, and LIFE: It Is What It Is, available on Amazon, at Barnes & Noble, and at select bookstores everywhere. Read and discuss all her columns and books at lisasugarman.com. Or, find her on Grown & Flown, Healthline Parenthood, Thrive Global, LittleThings, More Content Now, Wickedlocal, and Care(dot)com. 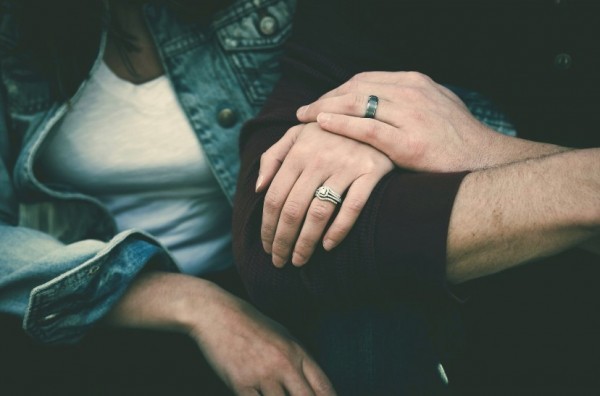 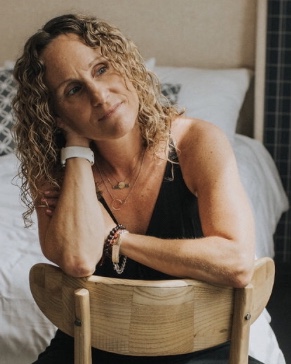 Among other things, Lisa Sugarman is somebody's wife, the perfectly imperfect mom of two daughters, the author of the nationally syndicated humor column "It Is What It Is," the author of “How to Raise Perfectly Imperfect Kids And Be Ok With It," “Untying Parent Anxiety,” and “LIFE: It Is What It Is” and the cohost of the weekly radio show LIFE UNfiltered on North Shore 104.9FM in Boston.