Instant Pot is an advanced, multifunctional pressure cooker updated for use in the modern age, and it has become extraordinarily popular in the last year. Pressure cookers have a troubled history in the United States due to associations with lid failures and dangerous kitchen explosions. However, the trend seems to be reversing, with thousands of people sharing recipes that can be prepared quickly and easily. 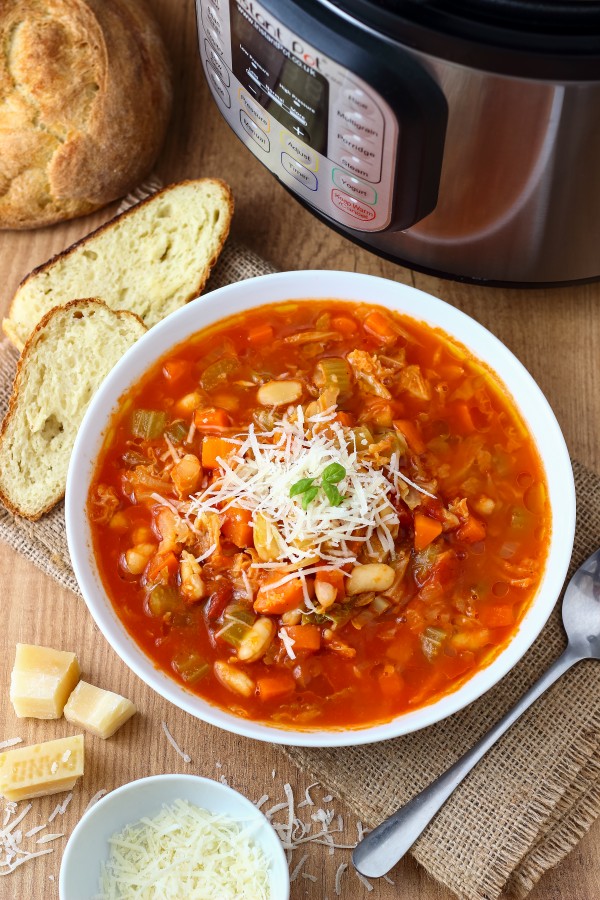 Most Instant Pot recipes can be prepared and cooked in under an hour, with over three quarters of those presently on the internet taking less than half an hour to cook once all preparation is complete. That's a tremendous savings in time and energy.

Instant Pot can also be cleaned very quickly, with most instances only requiring that users use the steam function with a few cups of water to sterilize the interior and then wipe it down once it cools. For more thorough cleaning, most components of the 5 Instant Pot models are dishwasher safe. Some models even come with Bluetooth connectivity for wireless access, making them a welcome addition to smart homes.

With that in mind, let's look at five delicious Instant Pot recipes we would like to share with you for this wonderful machine.

Cornbread is an amazing piece of southern cuisine, with a long history linked to the best traditions of Black and Southern cooking alike. It can be made sweet, or it can be made more savory. It works as a side dish for tasty BBQ meals, and it can be a perfect breakfast on its own with a bit of molasses or maple syrup and a tall, cold glass of milk.

While there is a heated argument over whether to make it sweeter or more savory, sweet cornbread is often the best way to introduce new friends to this wonderful meal.

The fine folks at SavoryExperiments.com have put out an excellent little Instant Pot cornbread recipe, sweetened with honey. This is a textured recipe, with actual corn kernels inside the bread. While some recipes only rely on corn meal, we like this one's texture. We also like that it takes only 10 minutes of prep and 20 minutes to cook.

Chicken Tikka Masala is without a doubt one of the most popular "curry" type dishes in the world. This Indian classic is delicious and nourishing, and is a treat in cold weather when you want to ward off the chills of the day.

Over at TheKitchn.com you will find an ambitious and delicious Tikka Masala recipe that is ready to go in under half an hour. The leftovers even keep for up to 4 days, which is always nice to know. A lovely touch is that they provide alternatives to coconut milk for those who have coconut allergies.

A good stroganoff is in many ways the perfect meal. Pasta, beef, gravy, and simple vegetables such as onions and mushrooms make a perfect combination of flavors, providing quick energy in the form of carbohydrates, and longer-lasting energy in fats and proteins. It doesn't recommend itself to the vegetarian crowd, but for those of us who eat meat it's amazing.

Allrecipes.com has a lively Instant Pot/pressure cooker recipe for stroganoff that's simple and easy to do, letting you have access to this meal without the multiple cookware piece cleanup that traditional cooking requires.

The recipe takes just a hair over half an hour to cook, with 10 to 20 minutes of prep time. It also makes a whopping 8 servings, meaning you can refridgerate or freeze quite a few leftovers for noshing on later.

Speaking of vegetarian meals, you wouldn't think that Shepard's Pie would qualify, but the wizards at Theveggiequeen.com have provided a hearty potato-based recipe for just such an occassion. Even better, it's not just vegetarian but vegan as well as it includes no dairy or meat whatsoever.

As if that wasn't already great, this recipe takes about 5 minutes to prepare and 15 to cook. That's only 25 minutes, all told. Given that many of the heartier vegan recipes require some serious prep work, this kind of convenience is gratifying and exciting to see.

The recipe makers also provide some experimental alternatives for chefs to try with their Instant Pot shepard's pie. They recommend trying Japanese or American sweet potatoes, for a lovely, alternative texture and flavor.

Another delicious vegetarian and vegan option is a recipe for veggie-stuffed asian steamed dumplings, from the geniuses at Healthyslowcooking.com.

These dumplings are a real treat, filled with mushroom, carrot, cabbage, and diced ginger for a little bit of kick and seasoning. They do take a bit longer to prepare; putting dumplings together requires manipulating the dough wrappers and stuffing them, after all. However, 25 minutes of prep is followed by only 7 minutes of cooking time, putting total time for the meal at just over 32 minutes. That really is a time savings, and the Instant Pot ensures an even, thorough cooking process for each dumpling.

One of the best things about the new Instant Pot phenomenon is the sense of community and sharing it has inspired among fellow Instant Pot users. A variety of social media and website focused recipe pages have exploded into common usage, allowing people to get their recipes out there.

As we mentioned, Vegan options do exist for the Instant Pot. Check out this spectacular article from Buzzfeed for 23 delicious recipes, including the two we mentioned here today.

Hi, I am Joyce and I live in Seattle. I contribute towards numerous blogs mainly in the health and internet niche. I joined LuckyMag to share my experiences.