Finding Balance as a Father of a New Generation 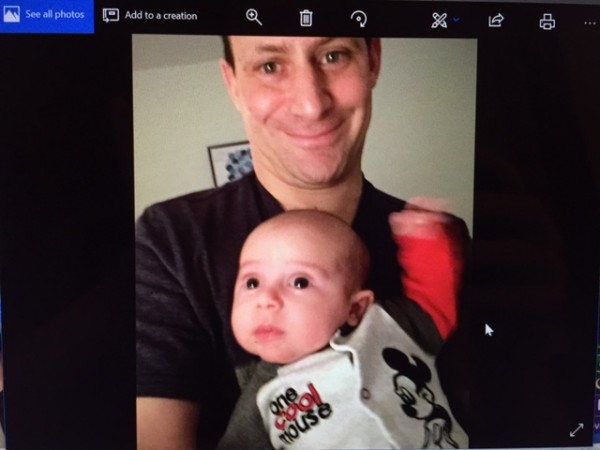 My boy and me finding our balance together ;-)

When I was a boy, my father moved far away for a new job. He went to Washington DC while we were living in NY, ironically enough, to work at Children's Hospital. At the time, it seemed to be just what dads did--they provided and they worked. Financial provision and career ambition were to many men among the most important life goals or at least, it seemed that way to my father and by extension, to me, his little boy funneling the wavelengths of the radio transmissions from the world of men. My dad had learned from his father that children were meant to be cared for and nurtured by their mothers, and if fathers were away, it was no big deal. Even better, it initiated them into a world of separation that one day soon they'd need to know.

I was saddened by my father's absence and can remember vividly the long-distance calls from him that I didn't want to take, though I often begrudgingly did. In my 5-year-old mind, I knew these calls were 'special,' but it was my small way of protesting, of saying I didn't want to talk to a stranger, that the terms of the relationship didn't merit diplomatic relations no less an intimate view of what my day had been like or how I was doing.

It was the early 80's and Harry Chapin's song, "Cat's in the Cradle" was still in the air, its poignancy made even more haunting by Chapin's untimely death at age 38 in a car accident on the Long Island Expressway, not too far from where we lived. My mother sent the song to my father one day to remind him of how precious time is, how much a little boy wants to be like his father, and how crucial it is cherish those smallest moments of wonder together.

It was not meant as a criticism but rather a wake-up call and invitation, one she was also sending to the culture of men at large. My mother saw the beauty and depth of what men could be capable of and what more they deserved. In her view, it wasn't just for the children that the song should be heeded, but rather for fathers to embrace themselves and their worth, their being and not just their doing. Ultimately, hers was a call for men to remember Wordsworth's prescient words--'The Child is father of the Man"--that the soul of a passionate, connected, and creative life springs from this eternal source. Boyhood was divine and men should never forget its splendor!

Like the song, my own child arrived just the other day. He is one of these divine little boys which my mother was championing. And he's had me thinking more and more about how the world has changed, how men have evolved, and how beautiful and lucky we all are for it!

For both of us, I've decided to switch up my work schedule so that I can be there for all of the delightful milestones of my little boy's life. Whereas I used to work full-time outside, I tailored my schedule for part-time work in and out of the house so that I can truly be present. I'm excited to craft the opportunity to honor him and this special role I've been given. Moreover, I'm delighted that the new masculinity of the 21st century affords us guys the range and flexibility to prioritize our work and family lives in a way that would have been unheard of when I was growing up.

The saddest and most powerful line of "Cat's in the Cradle" is:

'When you coming home Dad, I don't know when, but we'll get together then, you know we'll have a good time then."

While none of us, myself included, are perfect men or fathers, we are all making a concerted effort to find the optimal balance, and seeing that there is so much more room to have the best of both worlds. These days you'll fine me not only dancing cheek to cheek with my little guy, you'll also hear me making up lyrics to new songs together.

Rather than the heartbreaking refrain of "Cats in the Cradle", you'll find me singing my own version of the movie La-La Land's "City of Stars":

"Cutie-pie boy, are you smiling just for me?/ Cutie-pie boy, there's much for us to see together now...It's love, that's all we're looking for is love from someone else. "

Oscillating between minor and major chords, the song echoes the poignant and bittersweet journey we all seek in finding and holding on to the balance of love and work, connection and independence, and ultimately, the link between our divine child and this brief special time here we have on Earth. It's these moments that myself and many of the men of my generation are celebrating and honoring, and it's from these tiny miracles that a new world is being born! 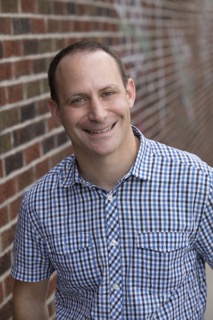 I'm the new dad of a baby boy and a clinical psychologist who is loving every minute of watching and learning! I love writing about a wide range of topics connected my to 'dual citizenship' as a psychologist and new dad: deepening emotional literacy and attachment, balancing work and family life, helping our boys and girls flourish, the psychology of introversion, and the importance of balancing our relationship to technology. Looking forward to sharing and learning together!