Expectant Mothers, Consider Any Name Other than 'Alexa' 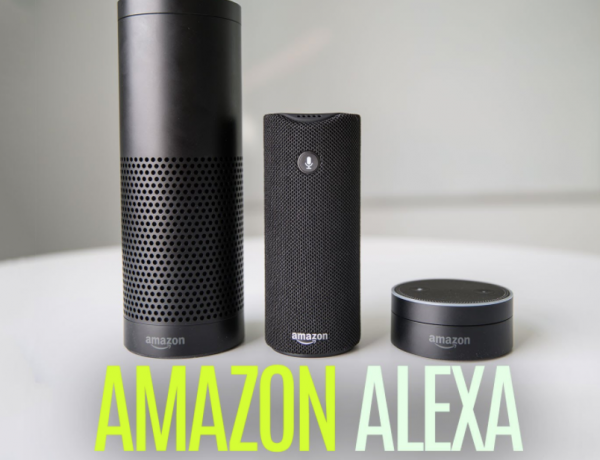 Thanks to retail giant Amazon, the U.S. Fish and Wildlife Service may want to ponder creating a new “endangered” list containing the following HUMAN species:

—People who read books containing pages that must be turned, not swiped (hardcovercus addictus)

The latter is due to Amazon’s insanely popular Echo Dot. Powered by what is currently the most downloaded app from both iTunes and Google Play, Echo Dot answers myriad questions and performs tasks ranging from ordering Uber rides to adjusting home thermostats. Users need only begin their conversations by addressing the device as “Alexa,” as in, “Alexa, why am I talking to something resembling a hockey puck on Christmas morning?” Alexa’s answer? “Sorry, I’m not sure.”

I was among the “tens of millions,” according to an Amazon press release, of customers who received an Alexa-enabled device for Christmas. So far, my Echo Dot questions have yielded mixed results. Yes, Alexa correctly told me my wife’s flight from Denver to Chicago was on time. It neglected, however, to add, “It will take approximately 90 minutes to retrieve her luggage from Midway Airport. You will spend that time waiting in a White Castle parking lot in subzero temperatures.”

Alexa, I’ve come to realize, also has excellent hearing. While discussing the device’s quirks with a relative in my kitchen, two rooms removed from my office where Alexa resides, I heard her saying, “I don’t know that.” Alexa only had to hear its name to enter the conversation, much like some of my relatives.

Which is why I pity all parents with children named “Alexa,” and strongly urge expectant mothers to remove that name from consideration when their infants enter the world. Thanks to Amazon, “Alexa” is in danger of falling behind “Saddam,” “Osama” and “TheDonald” in terms of popularity among baby names.

As an experiment, I stood within audible range of the Echo Dot, and barked out questions that could easily be uttered by parents with daughters, specifically teen daughters, named Alexa. For example, “Alexa, what time you will be home tonight?”

I was tempted to ask, “Alexa, don’t you think sunset is a little extreme for curfew?” Instead, I forged on.

“Alexa, have you been drinking?”

“Alexa, are you thinking of getting a tattoo?”

“Alexa, do you have a boyfriend?”

“I’m totally cool with being single. Besides it’s sort of hard finding someone who’s kind, funny, and artificially intelligent and doesn’t mind the cloud commute.”

Alexa Tuskey, 26, a Chicago-based web designer and developer, knows the perils of owning the all-knowing device bearing her given name, particularly when participating in conference calls.

“Sometimes I work from home,” she said. “I tend to put the call on speaker. Anytime anyone says my name, it sets it off. If it’s a client call, it will say, ‘I don’t know what you mean’ at top volume.”

“You have to tell yourself to shut the hell up,” she said.

As millions of new Echo Dot users will eventually discover, it is possible to change the wake word to another name if Alexa causes chaos. Just Google the query or, better yet, ask Alexa. Surprisingly, she will tell you. Alexa Adams, 27, recalls what happened when she and her husband attempted to switch the word to “computer.”

“It worked well for a while, until we got into watching old ‘Star Trek’ episodes, said Adams, a Maryland office manager. “Now every time Jean-Luc Picard requests something from the Computer on the show, my Echo goes off stating she can't find information on the Enterprise.”

With no other Alexas in my life, I see no need to make a change. Instead, I’m learning her quirks and finding that she is very agreeable, even when I ask her to turn down the music.

Find me a teenaged Alexa who will do that.

How I Made My Amazon Echo Spot Less Terrifying
When was the last time you peed your pants?
Baby Naming Rules and Permission to Break Them
advertisement

How I Made My Amazon Echo Spot Less Terrifying
When was the last time you peed your pants?
Baby Naming Rules and Permission to Break Them