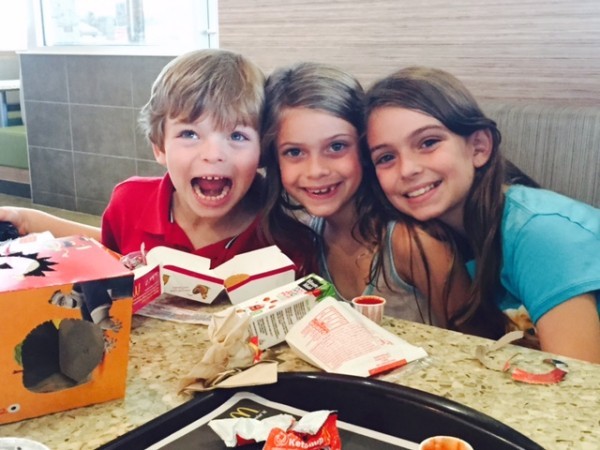 In the beginning of my parenting journey, I struggled with the inevitability of my failures. I certainly didn’t take my new role lightly, and making a wrong decision was something I compelled myself to fear. That fear of failure turned into stress that often had me second guessing everything I did in those early years. Sadly, nobody ever pulled me aside and said: “You’ll make many mistakes as a mom, but it will be okay.” I really wish someone had.

Now, more than 10 years have passed, and I know that imperfection has its rewards. Children can’t learn how to deal with adversity if they live in a vacuum that’s stripped clean of real problems. After all, that’s not even realistic. No parent or home environment is error free.

I've also learned that judging other parents has no value, especially when we don't know the whole story. Without knowledge of a parent's current life challenges--whether they be economic, physical or emotional--we can never truly be in a position to judge their decisions or choices.

So when I had the opportunity to hear Kelly Corrigan read excerpts from her latest novel “Glitter and Glue,” for a fundraising event a few months ago, I was thrilled to know that her parenting philosophy embraces this idea of imperfection.

The New York Times bestselling author, who is originally from the Main Line area of Pa., writes about the complexities of familial relationships. In her talk, held at the Montgomery School in Chester Springs, Corrigan was humorous and candid, while offering very personal glimpses into her relationship with her parents as she grew from an idealistic teen to a realistic mother of two who’s also battled breast cancer.

Her words resonated with me, especially when she urged attendees to suspend their judgment of other parents, simply saying: “Parenting is really unknowable.”

Behind this statement is a belief that I also try to share with others, whether it be through my parenting columns or on my radio show. Parenting, while arguably the most important job, does not have a one-size-fits-all job description. Parents need to grow and adapt regularly to the changes of the complex world surrounding our unique families.

Sure, parents who hurt or neglect their children should be judged harshly, typically by the criminal justice system. But what about those less egregious parenting transgressions, which are often judged too swiftly in the realm of what’s become public parenting? Social media helps the process, allowing us to both commend and condemn parenting blunders in real time. Perhaps, sometimes, parents are unfairly held accountable for their children’s offenses.

One of the best gifts we can give our children is to teach them the ability to make decisions independently. Likewise, Corrigan suggested not preventing children’s missteps.

“What I aspire to is to let things happen,” Corrigan said, even jokingly predicting that her ninth grade daughter will likely be “an early and enthusiastic drinker,” something she attributes to her highly sociable tendencies.

Corrigan went on to say her mom was “the most strict mom…and it didn’t work.” Yet in no way does she ever diminish the huge job that parenting is, stating on her web site that mothering “is the first thing of consequence I have ever done.”

Among her stories was one in which she revealed being arrested for shoplifting, another way Corrigan tested her mother’s “rules-by-the-book” principles. She laughed and told the audience that despite this confrontation with the law, she became a bestselling author.

Although Corrigan enjoyed living her young adult years with a carefree rebellion, traveling through Australia and the south Pacific with her father’s sense of adventure, she realized she needed her mother most when faced with true adversity, her illness. Summing up this emotion is the title of her book, something her mother once told her: “Your dad is the glitter, and I’m the glue.”

Corrigan’s reading and personal stories reaffirmed what I’ve known for many years about human interactions. Relationships are filled with imperfection, but mistakes are opportunities for growth and learning, for children and adults alike.

Julia is a mom of three and the host of "Perspectives on Parenting with Julia Sherwin" on WCHE 1520 a.m. in West Chester, Pa. Julia's guests bring a wide variety of information and expertise into the many areas affecting parents and families today.

I'm The Parent to My Kids (Not the Neighbor, Grocery Store Clerk or Stranger on a Plane)
Mirrors: On Mothering Untamed
Join Me in Judging
advertisement

I'm The Parent to My Kids (Not the Neighbor, Grocery Store Clerk or Stranger on a Plane)
Mirrors: On Mothering Untamed
Join Me in Judging