Published by Patrice Robinson on October 4, 2021 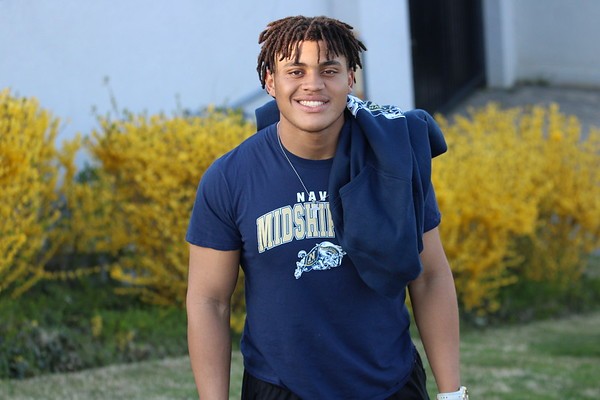 When your child is diagnosed with a life-threatening food allergy, you devote your attention to the here and now, doing everything you possibly can to keep them safe. It never occurs to you that the diagnosis could someday interfere with their dreams of a professional career. At least it didn’t occur to me—until my son’s peanut allergy almost cost him a college scholarship and the chance to play football for one of our country’s most prestigious institutions. His story is full of twists and turns, beginning with a routine trip to the pediatric allergist and ending, more than a decade later, with a lesson about the importance of getting your child re-tested with today’s advanced diagnostics.

It all began years ago. Because we have a family history of food allergies—Landon's father and both of Landon’s siblings have a life-threatening allergy to peanuts—Landon had a whole allergen test when he was a small boy. Substances that cause an allergic reaction are called allergens, and a whole allergen test is a relatively simple test used to help identify allergic triggers and help rule allergy in or out. No one was surprised when Landon’s results came back positive and at the time, doctors didn’t recommend moving on to a food challenge. Instead, we simply continued doing what we already were doing: living our lives in a way that avoided contact with any foods containing peanuts. Landon had never experienced a severe reaction to peanuts because our diet was completely free of peanuts at all times.

Like most of you reading this, I did all the things parents with children who have food allergies do to protect their kids. I spent years writing letters explaining Landon’s allergy, sending food to make sure he had peanut-free options, packing EpiPens and Benadryl, and arguing with insurance companies. It wasn’t always easy. Keeping an eye on my son’s exposure to peanuts was difficult because as it turns out, Landon is exceptional in another significant way: he is an outstanding athlete. That meant from an early age, he was often away from home practicing and competing with various teams, especially for football. In fact, Landon’s dream has always been to play football with the pros. He worked extremely hard towards that goal, and in his senior year of high school, Landon had 116 tackles, four sacks, eight TFLs, two interceptions and forty return yards. He earned third-team All-Ohio honors in Division III, as well as Beacon Journal All-Star defensive honors. He was also an Ohio All State Linebacker, first team All-District.

Landon’s accomplishments didn’t go unnoticed, and he received more than 30 offers to play football at the collegiate level. The most prized of all was the one from the U.S. Naval Academy. Even though several of our family members have been in the military, including graduates from West Point Academy and the Air Force Academy, Navy had not been on our radar. But when that offer came in January, Landon felt like his dreams were starting to become a reality. He knew that playing with the Academy would be a significant step in reaching the pros.

But his journey was not going to be an easy one.

Just a few weeks before National Signing Day on Feb. 1, the entire recruiting process came to a screeching halt. It happened when I was on the phone with the Naval Academy recruiting coach and asked what I thought was going to be a simple question. “Landon has a peanut allergy,” I said. "How do we deal with that?"

I still remember the silence on the other end of the line. It seemed to last forever. Then, all the coach said was, “Let me call you back.”

The next thing we knew, the Naval Academy rescinded its offer. Landon’s peanut allergy had left them with no choice. The service academies consider food allergies a medical disqualification, and it is nearly impossible to get a waiver for a peanut allergy. That was it; the decision was final.

To say Landon was crushed is an understatement. I had never seen him that low. But there was a part of me that just couldn’t accept that this was how my son’s dream was going to end. Maybe Landon could be re-tested? Some kids outgrow their allergies. Maybe he did, too? Even if the test came back positive, at least we would know that we had given it our all.

We went back to Dr. Rajeev Kishore, Landon’s pediatric allergist and immunologist at Akron Children’s Hospital’s Center for Allergy and Immunology. With National Signing Day only a few weeks away, the office agreed to test Landon the next day. This time, they used an allergy component test, which is more advanced than a whole allergen test and can help pinpoint the specific proteins that may be causing allergy symptoms. The results of both the skin and blood tests were positive for a peanut protein that often mirrors a tree birch pollen allergy. But the doctors explained to us that is a low-risk marker to have a true peanut allergy reaction.

And this time, Dr. Kishore did recommend a medically-supervised food challenge test, during which Landon would be given progressively larger portions of peanut butter to see if there was a reaction. Because he had gone his entire life avoiding peanut butter, Landon was a little apprehensive about this process at first. But he put aside his fears and on the day the test was administered, he was ready. He started with a small portion, licking a bit of peanut butter off a spoon.

When nothing happened after 15 minutes, Landon ate a little more. That went on for six rounds, until he made it all the way through the food challenge—and he had no reactions. Ultimately, the doctors verified that Landon was not allergic to peanuts. They believe he either outgrew the peanut allergy or potentially never had one to begin with.

As incredible as that news was, it came too late for National Signing Day. The testing had taken too long to process, and Landon had lost his recruiting spot. His only option was to wait and see how many linebackers committed to the Naval Academy.

Once again, my son’s dream was on hold.

But by mid-February, things were back on track. A linebacker position went unfilled, and I’m incredibly proud and grateful to report that Landon, who has a 3.9 grade point average, will be attending the Naval Academy Prep School this fall! He will be there for one year, taking a few classes, including a higher-level math course and physics, in preparation for entering the Academy as a pre-med major. He will also be playing on the school’s football squad so he can train and learn the Naval Academy’s defensive plays.

When I think about Landon’s future, I am overwhelmed with a mixture of joy, pride, and relief. I only wish we had retested for his allergy sooner. Science has advanced a long way in the past ten years and the diagnostics are much more precise than they used to be. I’m hoping that Landon’s story will help others get advanced testing so that they can learn more about their allergies and maybe even get the chance to re-kindle their dreams, too. 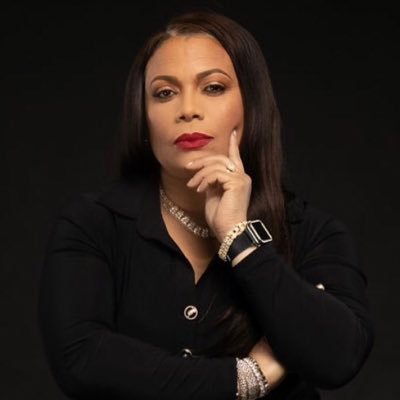 I am a mother of three children with severe food allergies. I want to share my son’s experience to raise awareness about allergy testing options and help other parents advocate for their children.

Why Feeding Your Children Nuts Doesn't Make You Nuts
Being the Advocate for Your Child with Allergies
A Tale of Mommy Preparedness: Traveling with a child with a Life Threatening Allergy
advertisement

Why Feeding Your Children Nuts Doesn't Make You Nuts
Being the Advocate for Your Child with Allergies
A Tale of Mommy Preparedness: Traveling with a child with a Life Threatening Allergy