Do your kids know who Greta Thunberg is? Mine don't. 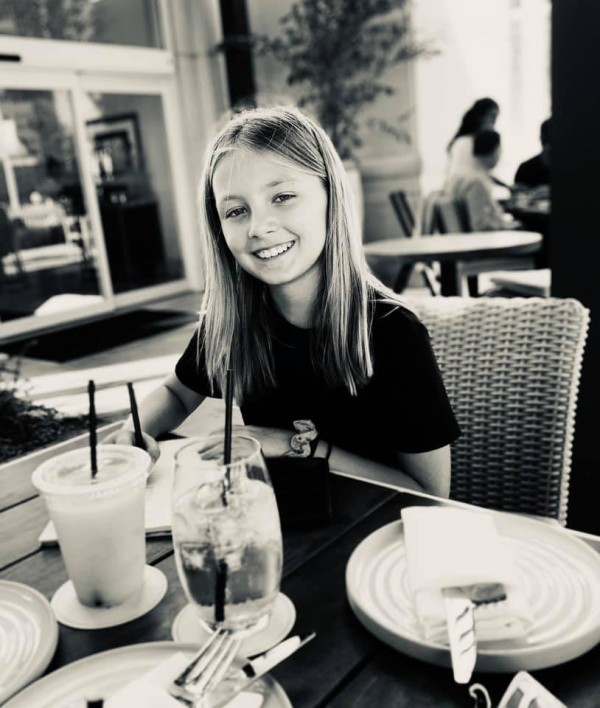 Do your kids know who Greta Thunberg is?

Greta Thunberg is a sixteen-year-old girl who was just named TIME's person of the year for 2019.

She's a diehard climate activist who, according to TIME, "began a global movement by skipping school" to strike for climate change and has since "succeeded in creating a global attitudinal shift transforming millions of vague, middle-of-the-night anxieties into a worldwide movement calling for urgent change."

Thunberg "has focused the world's attention on environmental injustices that young indigenous activists have been protesting for years."

Do your kids know who Divina Maloum is?

Divina Maloum is a teenager who "built a grass-roots youth-led movement" called "Children for Peace."

According to KidsRights.org, Divina visited Cameroon, a country in Central Africa, and "witnessed first-hand the radicalization and violent extremism on children" where they "are separated from their families and face exploitation, abuse, and recruitment as child soldiers."

Divina was awarded "The International Children's Peace Prize," in 2019.

Do your kids know who Emma Gonzalez is?

Emma Gonzalez was a student at Marjory Stoneman Douglas High School in Parkland, Florida, when a school shooting took place. After surviving such a horrific incident, post-tragedy, Emma, and a group of other teen activists sought (and continue) to fight for an end to gun violence.

According to GoodHousekeeping.com, Gonzalez co-founded a group for gun control called "Never Again MSD," and "gave a moving speech at the March for Lives Rally."

Do your kids know who Campbell Remess is?

According to CNN Heroes, Campbell, an Australian boy, was only nine years of age when he inquired to his parents about buying Christmas presents for kids at a local hospital.

When told doing such would cost his family too much money, Campbell pursued his desire anyway by founding "Project 365" and using his mother's sewing machine to craft "one-of-a-kind teddy bears to give to sick children in the hospital and around the world."

Do your kids know who Jackson, Tristan, and Violet Kelley are?

Jackson, Tristan and Kelley are siblings who, according to Mental Floss, in the summer of 2009 launched "Backpacks for New Beginnings" to "provide backpacks and school supplies for underprivileged kids around the Boston area," because they wanted "to do more than donate money or toys."

Backpacks for New Beginnings is a charity "for kids run by kids."

Do your kids know of these under-age, world-changers, and others?

But they will now.

Each day, let's talk to our children about another child in this world, one who is doing good for it and the people in it, reminding our kids that, even at a young age, they are capable of making a difference, and encourage the heck out of them to find both big and small ways to do such every day.

You don't have to start a charity, but can you start a smile chain.

You don't have to speak at rallies, but you can speak up for someone who can't or won't.

You don't have to donate items, but you can always offer up a listening ear.

Do your kids know all the good they can do?

Why We're Collecting Lollipops for Lockdowns
Creating A Culture Of Kindness Starts Now
Parkland, One Year Later: How to Help Kids Cope with the Anniversary of a Traumatic Event
advertisement

Why We're Collecting Lollipops for Lockdowns
Creating A Culture Of Kindness Starts Now
Parkland, One Year Later: How to Help Kids Cope with the Anniversary of a Traumatic Event