Do your kids do chores? If so, people on instagram may think you are abusing them.

If you look hard enough you can find someone anti-anything online. We all know about the anti-vaxxers, the anti-gmoers, the anti-schoolers, the anti-everything elsers. But a friend of mine innocently stumbled onto a new anti group. There is a group of people who are anti-kids-chores. Yes taking out the garbage or making their bed, those kinds of chores.

Lindsay Horeis is a former teacher and now stay at home mom to two adorable kids. She shares her passion for kids books on her instagram account adorably called My Brave Book Shelf. She has never shied away from controversial conversations about gender roles or politics. She posts what she loves, books. People love her, she has over 3000 followers and is gaining more every day. She is becoming a book instagram influencer, in the truest sense of the word. Just a few days ago she shared the Laura Gehl book “Except When They Don’t”. It’s a beautiful book about gender rolls. With the post she proudly shared her son wearing a Wonder Woman dress that he picked out. I asked her if she got any negative comments regarding that post as it could be seen as controversial and she said none.

So imagine her surprise when she posted a cute photo shoot based on the Anna Dewdney book “Llama Llama Mess Mess Mess” and a mob of people against kids doing chores came after her.

“I’ve posted lots of potentially controversial stuff and never intentionally stayed away from politics. Yet cleaning is the one thing that’s brought out the angry mob.” Lindsay Horeis 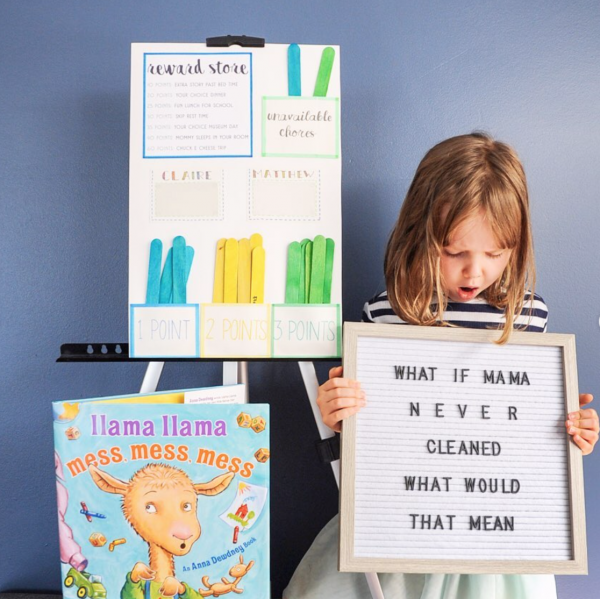 Lindsey designed the chore incentive chart for the post, but her kids actually loved it and now she said her house is super clean.

The night after she posted she noticed the weird anti-chore accounts starting to follow her. Then they left numerous comments on her post calling her a child abuser for exploiting her kids for child labor. She deleted quite a few of them, but numerous moms jumped in to defend her. Luckily Lindsey hasn’t been bothered by the controversy she says in a reply “I’m very confident in my parenting, so none of these comments have phased me. “

Lindsay also has science on her side. Research by Marty Rossmann, emeritus associate professor of family education, shows that involving children in household tasks at an early age can have a positive impact later in life. Rossmann started the study in 1967 and has used measures such as school completion, drug use, career path, IQ and relationships with loved ones to prove that age appropriate chores at a young age and throughout childhood influences the child’s ability to be a well adjusted adult! 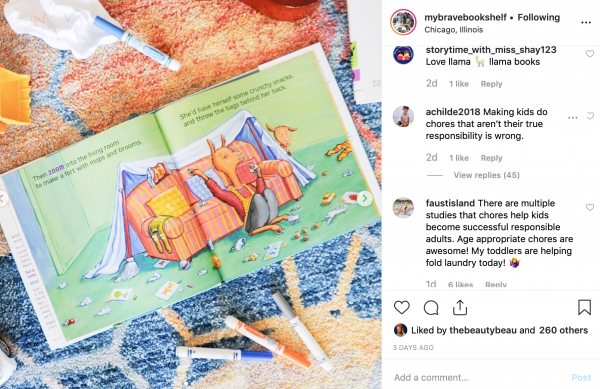 Do your kids do chores? Mine are folding the laundry right now.

Read more on my mommy blog. 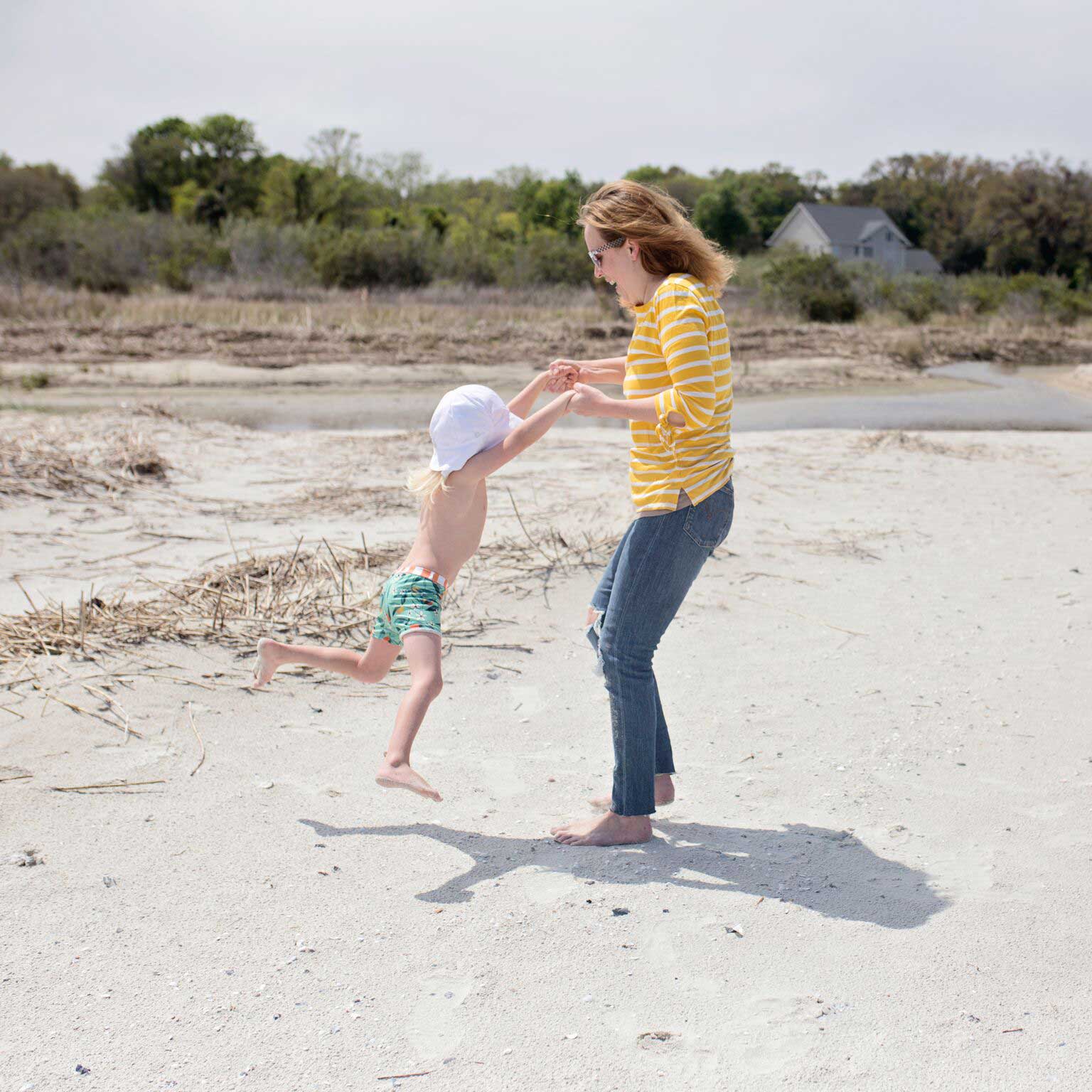 Mom to three wonderful kids, firefighter wife, and commercial photographer! We live by the beach and try to be good people.

Are Chore Charts Even Worth It?
The Weird Parenting Idea that Brought Me Closer To My Teens (and a clean house...Really!)
6 Ways to Motivate Kids to Do Chores
advertisement

Are Chore Charts Even Worth It?
The Weird Parenting Idea that Brought Me Closer To My Teens (and a clean house...Really!)
6 Ways to Motivate Kids to Do Chores