Do You Know What It Means When A Boy Wears Nail Polish? 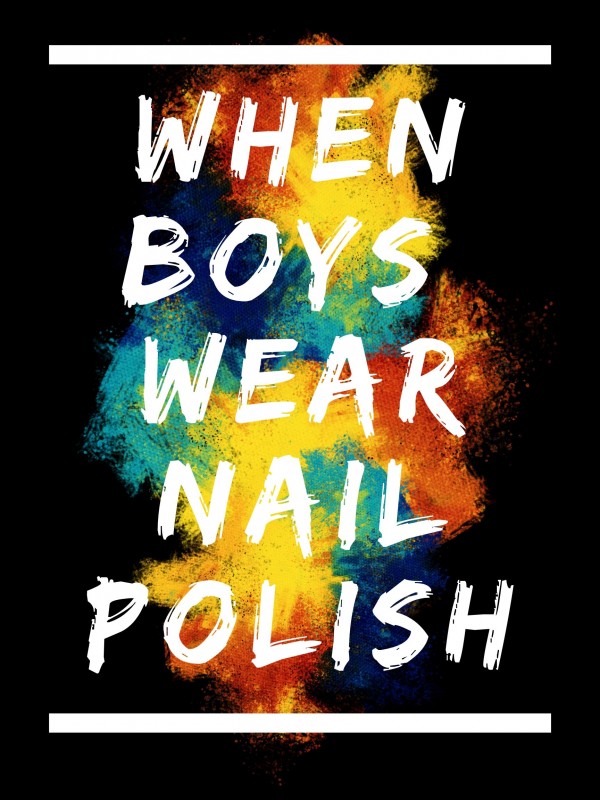 I don’t intervene in my kids’ petty school stuff unless it’s necessary for their well being. Resiliency isn’t born out of helicopter parenting, after all.

I intend to help guide my kids to find their truth, self-confidence, and esteem with the ultimate goal of raising well-rounded individuals who are un-f**k-able-with, in the most beautiful way possible.

My three-year-old ran up to me recently while we had friends over for dinner. “Sterling called me a poop head!” he tattled. So I said to him, “Well, are you a poop head?” He looked at me and said, matter-of-factly, “No.”

That settled it. It usually does. Whether it’s third-grade girl drama with my daughter, first-grade drama with my oldest son, or sibling rivalry bullshit with my toddler.

Every once in a while, though, something happens and my tried and true no-BS parenting tactics feel like they’ve failed. Where I’m not quite sure how to handle something that seems larger than un-f**kable-with self-esteem.

Last week my kids had half-days of school for half of the week. I took my two oldest with me to get mani-pedis. We do that sometimes, especially when I am overdue for a manicure and I just need to bring them with me. Sterling, my six-year-old son, sometimes chooses to get his nails done, and sometimes he doesn’t. My husband and I don’t make anything of it and I honestly forget it’s ‘a thing’ for a boy to wear “colors on his nail beds”, to put it in literal terms of how silly it is to make it more than that. People have always been very kind and complimentary about his color choices, or whatever.

I feel good about the way my kids express their styles. I let my littlest pair together workout shirts and linen shorts with high socks and light up shoes, all of which I cringe at. I let him because he is so dang proud of picking out his clothes and it’s a relief to me that he’s able and willing to get himself dressed.

I’m also the mom who let my little girl wear Disney princess costumes every day of preschool. She was over-the-top-girly and now she wouldn’t wear a dress if you paid her in Roblox cash. (parent joke?)

All of these things are blips in time and will pass as quickly as they arrive. But trust me, I know from experience that if you make a huge freaking deal about it, they will want it more, or revolt, or get in their heads about it, just the same way we get in our heads about things and either consciously or subconsciously rebel. “Was she right about what she said about me?” Or “I binge on Halloween candy /Sundays/cheat days/when I’m upset because I was so restricted as a kid”.

We know that as soon as you make [insert anything here] forbidden or taboo, it’s exactly what a kid (and let’s be honest, grown-ups) want or overthink the most.

The truth is, someone, somewhere, a long time ago, made up the notion that girls wear nail polish and boys don’t. Someone made that up. So much is just made up nonsense (like low-fat diets and not wearing white after Labor Day).

These made-up ideas are a hindrance to us. What we’re really talking about here is toxic masculinity and these kids with these ideas in their heads are six-years-old. These things aren’t innate — they’re passed down and become ways to repress a new generation: the opposite of ‘you are free to be you’.

So again, I told my son. My little first-grader. It doesn’t matter what anybody else thinks. I also told him that sometimes people who say things like that are the ones who are jealous. Sometimes the ones who harass us are feeling bad about themselves. I asked him again if he wanted me to help take off the paint on his nails. He said no.

I sent him back to school on Monday, with renewed confidence. A different kid sat next to him for his field trip today and started in on him “nail polish makes you a female”.

Sterling said he just turned away from him and just kept looking away when the kid across the aisle piped in about nail polish being ‘for girls’.

Ugh, that strikes like a fiery punch to my heart.

This non-helicopter mama emailed the guidance counselor and cc’d the teacher with a request for them to talk with the first-grade kids about acceptable self-expression and kindness. I also threw in the fact that Ralph Lauren single-handedly made wearing pink polo shirts widely acceptable in the states where toxic masculinity is abundant.

You can’t tell me that, without this made-up social construct, these other six-year-old boys wouldn’t be all about painting their nail-beds in their favorite colors. It’s silly. And maybe they are jealous. Maybe they have dads who they know wouldn’t let them dance, or try on their moms’ high heels, with the education and information to know that these things are harmless and that their son would grow to be who he was meant to be, especially if he wasn’t shamed for things that meant nothing at all.

So. Do you know what I think it means when a boy chooses to wear nail polish?

It means absolutely nothing. Except that maybe his favorite colors right now are red, black and purple. And maybe, just maybe, that boy has someone in his life who told him that his life is his own and that he should express himself in whatever way feels. right. to. him. 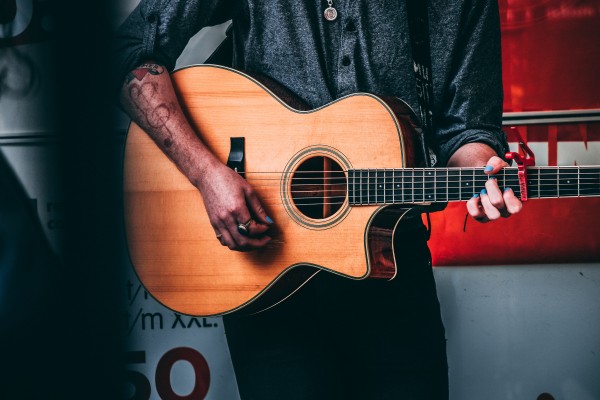 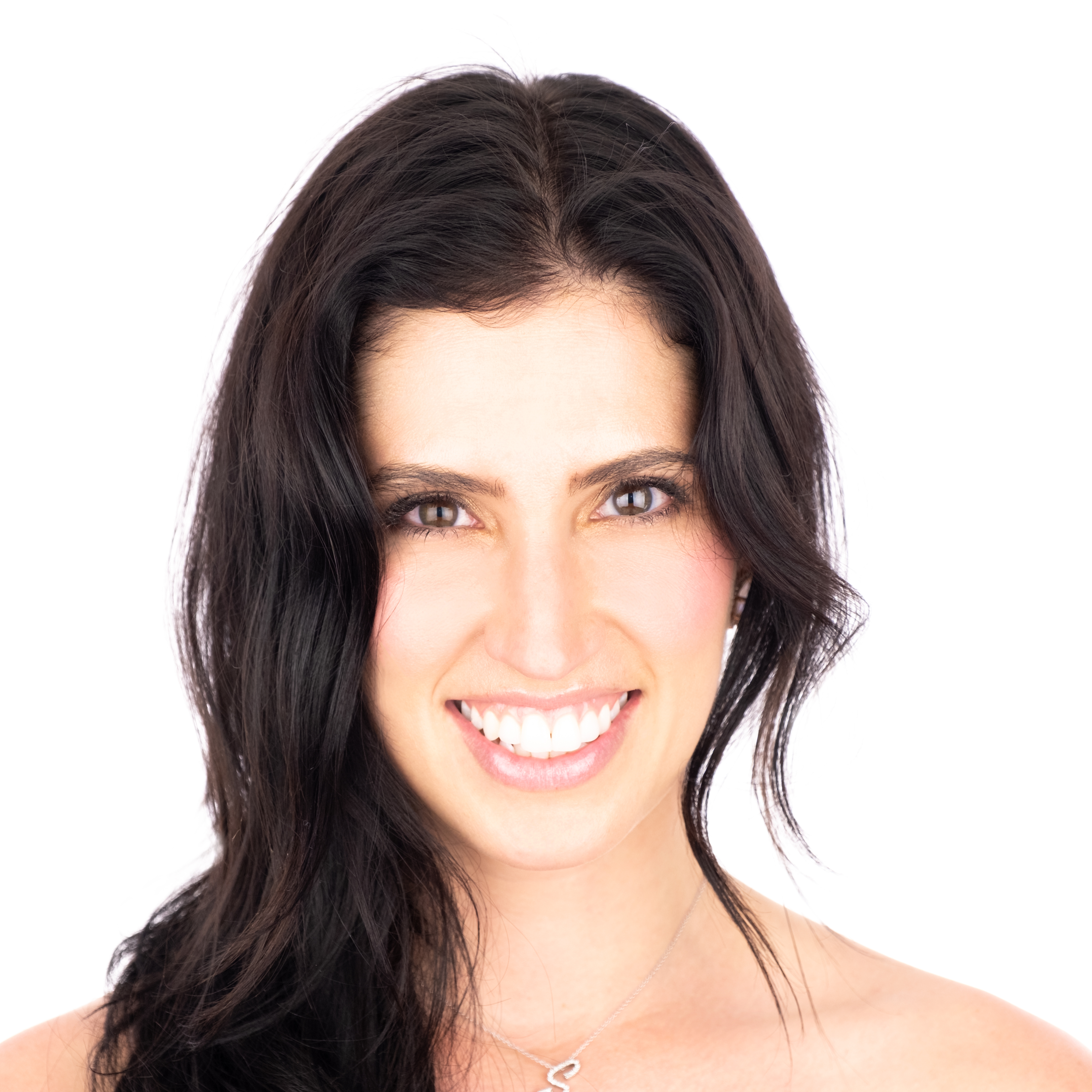 Hi, I'm Mandy! I have three little kids and a lifestyle blog, @politeasfudge, that I'd describe like this: "if Martha Stewart had a potty mouth, liked to rap, overshared like everything in her life, but was a goody-two-shoes and never did do that stint in white collar prison.” Yup, that about sums it up!

I Found My Voice by Being His
Some People Don’t Like Flying with Kids!
The Battles We Choose.
advertisement

I Found My Voice by Being His
Some People Don’t Like Flying with Kids!
The Battles We Choose.