Dealing with Drug Addiction at All Ages

Being a parent is basically an impossible task that we all seem to make it through. No matter what age our children are, we worry about what's going to happen next.

Unfortunately, every parent seems to have to deal with addiction on some level or another. If you are one of the lucky ones, then you've never had a major struggle with this. But there is almost every shade of grey on the addiction scale.

Personally, I put my parents through hell, and I really hope my kids don't do the same thing to me. But we can only prepare and be ready for these things when they do happen.

However, there are, I think, a few things that we can do to limit addictive behaviors, and also help our children if they do end up being addicted. This is what I call my addiction list of "helping while loving."

#1 - Start early and say it often - I think often as parents we worry about overdoing things. Then, on the other side of the coin, when we do get involved we do it intensely and in a very drastic way.

I don't think drug addiction needs to be something that is always a scare tactic. I think often our children are smarter than we give them credit. I think the best approach is to just talk to our children often about how serious things can be. Be honest and realistic.

Be honest about what drugs are more addictive than others. Be honest about the differences. I think often the most debilitating conversation we have is when we put all drugs, including alcohol and tobacco, on the exact same plane. We know we don't want our kids to take part in these things, but, often when they do, they will feel they have "already tried one and broke the rule so why not try the rest."

We create the slippery slope we don't want them going down.

Being loving and honest creates an environment where mistakes are not the end of the world. There is a difference between one drug and another, and it's our job to be realistic about that.

#2 - Don't be afraid to pry--a little - I am a big fan of trying to trust my kids and giving them some privacy. But, it's also our job as parents to help our kids by knowing what's going on.

This is a huge topic that I am sure we could talk about for days. However, when it comes to addiction, be aware of the signs that your child is exhibiting and, well, talk to them. Seriously talk to them.

If you see obvious signs of addiction then you may need to pry deeper into their cell phone, internet, etc. I think as a parent you have the RIGHT to do these things, but it isn't always RIGHT to do them. You have to find that balance yourself depending on the situation.

I like trusting my kids, but, in the end, if I thought my kid was using drugs or alcohol, there is probably no stop to how deep I would go to confirm my suspicions.

But I am also honest with them about my particular feelings, beliefs, and my past problems with these substances. Sometimes honesty will get through better than any other method.

#3 - When to start getting help - If your child is starting to have a problem, and this has been confirmed, then I personally think you need to start seeking proper advice from professionals right away. This is where the grey can turn to black. I have been very unfortunate to see a lot of this in my family and with my friends.

People die from these things. The opioid epidemic is massive right now. It isn't your fault if your child is addicted to drugs or alcohol but it is in your abilities to do something about it.

Get them into rehab facilities, get them into group therapies, going to counseling is a great option and one that has a stigma that needs to be put down. If it helps, then it's good for you. No one is a bad person for needing help, but often we make things seem that way.

When that doesn't work, look into alternative addiction treatments that may work better for them. There are a lot of options there too but it's up to you to educate yourself and find them. Once again, for me personally and my kids, there is nothing I wouldn't do for them. But it's sometimes harder to keep trying than to simply hope the problem goes away, it often doesn't.

There are many effective therapies that are based in the outdoors and in remote locations. These may be great options.

Maybe you work from home and you can literally up and move. Once again, it may sound drastic, but it is an option.

#5 - Don't ever give up - The last thing here is just never to stop trying. If my parents had given up on me I probably wouldn't be alive today. For me personally, My parents tried everything, and, eventually, we had to go with the major hardcore alternative route with a drug called Ibogaine to treat my severe addiction.

Luckily I haven't had to do that same things with my children and I hopefully never will. But life is too precious. Let's just all agree never to stop helping our children no matter what, even if they aren't our children. We should reflect this thought and care any way we can.

Good luck out there. 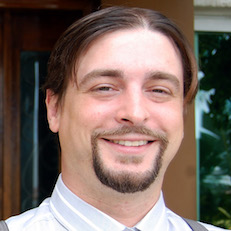 A Smith
> See my posts
> Visit my blog

Former addict now with 7 years of specializing in drug treatment programs and healing.