Days of Whine and Snotty Noses 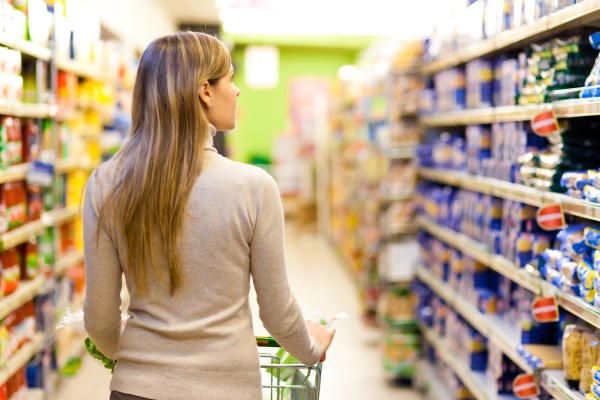 I saw you in the grocery store just yesterday. Yoga pants stained with something white, a not-so-perky ponytail riding a bit sideways on your head, and quite possibly wearing the same shirt you wore the previous day.

Our paths converged somewhere between the cold cuts and the feminine-hygiene aisle. Not so different from each other, really. A time warp was all that separated us; two mothers from the same universe, living in different times.

Three little ones escorted you on your journey, each lending a hand by grabbing random objects from the lower shelves and tossing them into the cart, slapping each other when you weren’t looking, and begging for stuff you refused to give them. In a failed attempt to separate them you placed one in the cart, which immediately created an epic King of the Cart feud.

Major sticking-out of their tongues ensued, along with a few more slaps (from the King of the Cart) and a few sneaky kicks. The whining came back full force, along with some tears for good measure. The King was removed from the cart and made to walk amongst the peasants -- formerly known as his brother and sister -- again.

Noses were runny, crankiness was high, and undoubtedly everyone was hungry.

It was, after all, the witching hour for grocery shopping. Monday evening, 4:45.

I was shopping alone, picking up a few things for a meal to be cooked using an actual recipe. In my cart? A nice bottle of wine, some flowers for a friend, and some dinner ingredients your little helpers would most certainly spit out onto their plates.

Your cart was piled high. It held the very essentials of life for the under 5 year-old crowd: graham crackers, GoGurt, fruit rollups, milk, fish sticks, Lunchables, Cheerios, juice boxes, applesauce, and cookies. No wine, no bouquets of flowers; not an artisan cheese or gourmet cupcake in sight.

And at that moment when our eyes met and we nodded each other’s existence?

I wanted to take you by the shoulders and tell you that it would be OK. To yell over the hysterics and whining of your little helpers so you could hear my message loud and clear.

To tell you that these days of whine and snotty noses won’t last. Really, I promise they won’t.

One day you will shop alone, without helpers. You will buy real food again -- possibly even some flowers for the table -- and nobody will beg you for candy or gum. You will make a meal and eat it in one sitting, without cutting anyone’s food or making a second meal for the picky one. You may even have pleasant dinner conversation with your spouse.

I saw you glance at my cart and look back at me a second time. I think you even smiled a bit bigger.

Maybe you realized that I was you, not so very long ago.

I hope there was a bit more spring in your step.

But I suddenly found myself wistful for Cheerios, a snotty nose to wipe, a helper to ride in my cart, maybe even a fish stick.

Because I was you, not so very long ago.

Sherri's writing has been featured on The Washington Post, mom.me, SheKnows, Scary Mommy, Huffington Post, the Erma Bombeck Writer's Workshop site. She was a cast member in the 2012 Listen to Your Mother show and lives in Northern California in her mostly-empty nest with her husband and crazy yellow lab.