Published by jthreeNMe on September 15, 2019 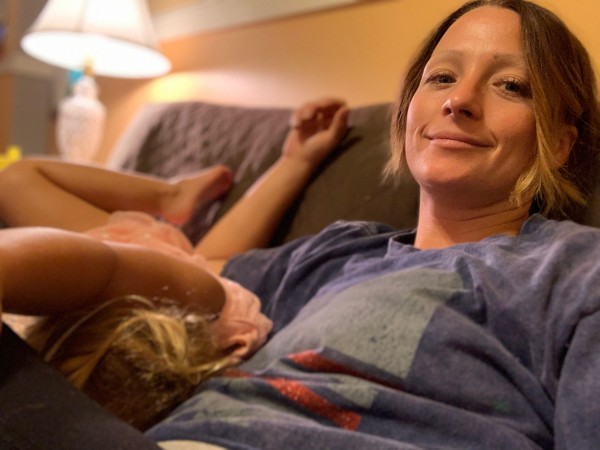 If I were to count the number of times I've

the number of tantrums I've dealt with over the past eight years,

if I count the loads of laundry I've done,

And, it's not lost on me that I'd probably lose your

because that all sounds like a mama who's complaining, right?

And, doing so in the form of one giant run-on sentence.

We've earned (and continue to earn) that right by movin' our tired rear ends out of bed every morning and loving well our kids, homes, spouses and -- when there's time -- ourselves, too.

Funny thing is though, that if I were to count the number of times, I've

"Damn. Motherhood is such a blessing."

the number of lessons I've taught and learned over the past eight years,

if I were to count the number of messy adventures that led to the ridiculous amount of loads of laundry I've done,

the laughter that's been shared while we ate all the meals that I've cooked,

the energy that's been given to my kids from the breakfasts I've made,

the smiles on my kids' faces when they've seen the "notes from mom" found inside the lunches I've packed,

the growth of my children as evidenced by the number of clothes I've bought,

the brownie-baking and slime and craft-making that has led to the use of all those baby wipes,

the healthy bodies that have stayed that way cause those booger-filled noses got wiped,

the sweet smell of clean children whose dirt and mistakes were washed away daily with every calming bath given,

the learning through play that happened thanks to all of those toys that I stepped on,

the bravery shown and the chances that were taken that led to those boo-boos needing bandaids,

the stress was released every time I mumbled shiitake,

the patience lost which somehow was always found

the words yelled, but apologized for,

the tears cried and the authentic emotions expressed,

the tears wiped and the forgiveness given,

the tears hid -- because though it's okay for mama to cry, a mama always tries not to --

And, it's not lost on me that you'd probably praise me for my

because that all sounds like a mama who is grateful for her children and her life, right?

Motherhood IS HARD, and me ever stating that aloud, doesn't mean that it's lost on me what damn BLESSING it is too.

how challenging she finds being a parent,

about the unique and incomparable gift that is motherhood.

Because, on the day-to-day, motherhood is both --

-- and that, well, it's so beautifully paradoxical.

To the mama in the thick of it: You're not failing
Wear the big sunglasses, Mama
You Can Still be Grateful and Not Love Every Moment of Motherhood.
advertisement

To the mama in the thick of it: You're not failing
Wear the big sunglasses, Mama
You Can Still be Grateful and Not Love Every Moment of Motherhood.