Connecting With My Oldest Godson

Connecting with a ten year old kid when you aren't their parent is a challenge. When Gray was little, he loved me. We played together. Toys, sports balls, whatever. He didn't care. He just wanted someone to spend time with him.

And I loved every second of it.

But then he got older. I'm not his father. When I would tell him something, he would give me attitude. Sometimes he would just flat out ignore me.

Now, when he comes to visit, he runs into my office, jumps on my computer, and watches YouTube or Netflix.

I've been racking my brain trying to find out how to reach this kid. His mother and grandmother assure me that everything is fine.

"He's just at that age." What they're saying is that hormones are to blame for his temperament.

That's cool, I guess. And not to sound like a selfish jerk, but I enjoy playing with him and being a big part of his life. I don't have any kids of my own and he and his baby brother are the closest thing I'll ever have.

So "being there" and being a positive role model are important to me.

This kid likes to talk about two things:

So that's what I try to talk to him about. Unfortunately, the only video game I play is the same MMO I've been playing since 1997. I try to ask him about what all he and his dad have been up to, but he knows I just want to engage in conversation and I don't particularly like his dad, so he kind of brushes it off.

Gray loves his dad, looks up to him, and wants to be like him.

This is good. Every little boy should love and look up to their dad. But this kid's dad is kind of a jerk.

I honestly have no idea how to reach him. I tell him I love him. I give him hugs. I try to text him to see how he's doing. He rarely replies. This is a trait he gets from his mom. She's been my best friend for almost ten years and trying to get a timely reply from her is nearly impossible.

My new plan is to connect in a different way. I look for openings in small talk to have a real conversation with him.

If he mentions something, I try to dive deeper into it. I make sure to smile so he knows I'm genuinely interested. I remember my grandma used to do this to me as a kid and it worked really well.

So far, so good. He has had a busy summer, but I've gotten to spend some time with him and I enjoyed it. We chatted a little hear and there and he never gave me attitude or rolled his eyes.

I think this is a solid plan for now and something I can build on in the future as I need to do so. Wish me luck! 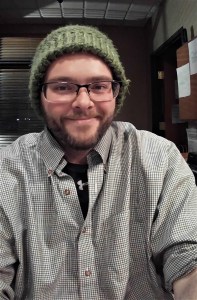 We MUST be intentional about the example we are setting for our children
10 Years of Mothering
Dad, This Is For You
advertisement

We MUST be intentional about the example we are setting for our children
10 Years of Mothering
Dad, This Is For You