Compassion and empathy can go a long way, if you're willing to carry them 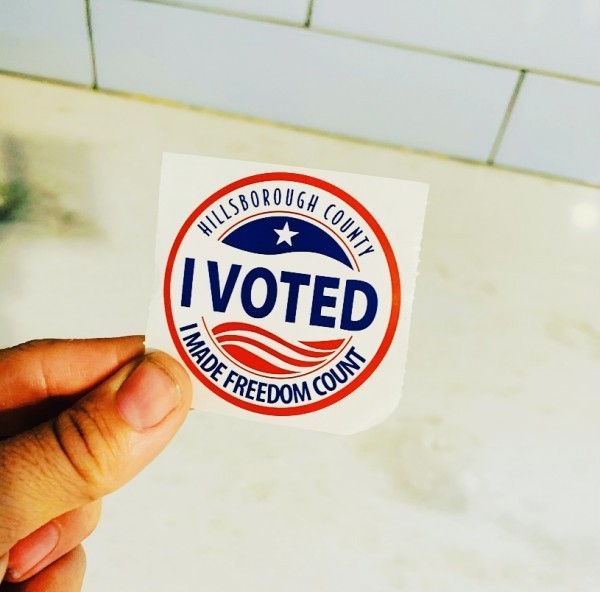 but let's not talk about

or Biden or Trump.

Let's just talk about how this is a very important year in America's history.

In your kids' history, if you have them.

And it's the kind of history that will make the history books -- if books are still a thing that still get covered in brown paper and then drawn on, and if not, it'll surely be a searchable term on whatever futuristic device is the new popular.

Never before, in my lifetime, have I felt my

matter as much as it does today.

Never before in my lifetime have I felt such a pull towards a civic duty;

rather than just not voting because

A vote for your beliefs,

whatever they may be,

EVEN IF THEY CONFLICT WITH MINE,

means that you have a point of view and you want to stand up for it,

and THAT I can respect.

decides that it's okay to preach superiority in lieu of extending any sort of understanding or civility.

Not everyone will agree with this. Perhaps many won't. But here's what I believe in:

Bring with you to everything

and if ever you encounter another human who didn't bring their heart with them,

let them see yours, and hopefully,

be touched by it,

or, at a minimum, let it make them think.

Compassion and empathy can go a long way, but only if you're willing to carry them.

Walking through history with my son
5 Ways to Protect Your Kids from Sexual Abuse Online
Who Else is Over Social Media Politics and the 5 Types of "Friends" Who Can't Stop Pushing It?
advertisement

Walking through history with my son
5 Ways to Protect Your Kids from Sexual Abuse Online
Who Else is Over Social Media Politics and the 5 Types of "Friends" Who Can't Stop Pushing It?