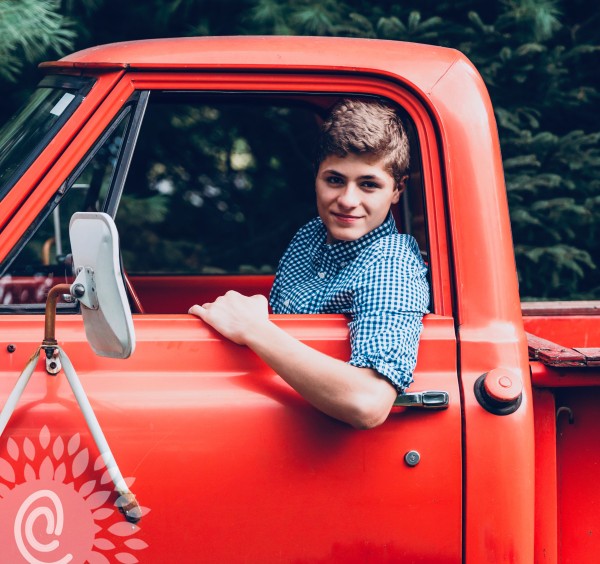 We just started the college application process with our oldest son, Joseph.

Some people call him Joey, or even Joe. I call him Buca. I’ve done it since he was two weeks old. I can’t really explain why.

Together, he and I hunch over the laptop and answer questions about my education, his high school course load, and how many teams he’s joined.

His grades are decent, and he performs pretty well on standardized tests, but we always come up short in the extracurricular activity department.

I think this is because there aren’t enough boxes. Sure, you can check off things like swimming, and fencing, and modern dace. There is space for debate club, and baseball, and even birdwatching.

But where is the box for the boy who grew up alongside autism—who, from the time he was a toddler, learned to share, and breathe, and give for someone other than himself?

Who quieted his wild brother on the bus ride home from school?

A small part of me can’t help but feel bitter, as though the process is a tiny bit rigged for families with the resources and the time to enroll their offspring in every club, team, and activity under the sun.

We have the resources. My husband has been diligent with savings plans and investment and a trained eye on the future for each of his children.

What I didn’t have was the time.

I am not the best mother. I’ve never pretended I was.

Did I sit down and review flash cards every afternoon? Well, no.

I signed homework logs with half an eye and tossed watercolor paintings into recycling, right along with the flyers for Cub Scouts and swim meets and recreational lacrosse.

Did my husband set aside time every evening to run basketball drills on the driveway, hoping to tease out some overlooked seed of talent? No, he did not.

Did we rush out the door to soccer practice on Saturday mornings and, from there, race to lacrosse, only to finish in time for jiu jitsu three towns away? No, we did not.

What we did was build a family. We took the scraps that daily life with small children offers, and wove it into a tapestry full of pork chops and tantrums and diapers and lessons on changing lightbulbs.

Where is the box for this?

Where is the box for the boy who set the table for dinner, and kept his special brother occupied with Little People figures so I could cook?

Where is the box to check for saving someone who was drowning?

He did this, you know. My son Joseph/Joey/Buca saved three brothers and one sister from drowning.

We were tubing on a river in Main e and they were all playing and splashing and swimming and then they began to call for us. Only we thought they wanted to play so we waited a second until we turned around and realized the river had dropped off and they weren’t ready for it.

In that second, he pulled them from the deep water. He didn’t think, he just did.

Where is the box for instinct, and character, and brotherhood?

I know, I know. The essay. He can explain all who he is in the college essay.

But I want a box. I want a box because I have to believe there are others like him—kids whose needs often slid to the backseat in the name a diagnosed sibling.

He is a brother of autism. And the truth is, I didn’t always have time to drive him to karate or practice math facts.

I need a box for this.

I need a box for my shame, and my guilt, and my deep longing to turn back the clock.

A mother’s guilt comes in many shapes and sizes, you see. It can be the smallest crack with her spirit, or two hands ticking round a numbered circle.

It’s true I’ve made many mistakes, but not once did I expect them to show up on a college application.

He is a brother.

He is funny, and kind, and gentle.

He has made a lot of sacrifices over the years. I’m not sure he realizes how many.

We need a box for this.

Now, more than ever, I believe the time has come for us to honor these qualities.