My son's story is a little different from most of the NICU stories you hear. My son was a full term plus some (he was 11 days late) 8lbs 15 oz bundle of Joy. One of his nursing jokingly said he was the captain of the NICU football team because he was their biggest baby at the time. Cashion had to spend 4 days in the NICU because of a heart condition called persistent pulmonary hypertension of newborns (PPHN), which is where his heart took longer than normal adjusting to being in the outside world, which Inturn caused his oxygen levels to be low. My sweet boy got better and was able to leave the hospital in a very quick time frame compared to most NICU babies. It was an experience I will never forget, and I continue to pray for all the babies and families of NICU babies. 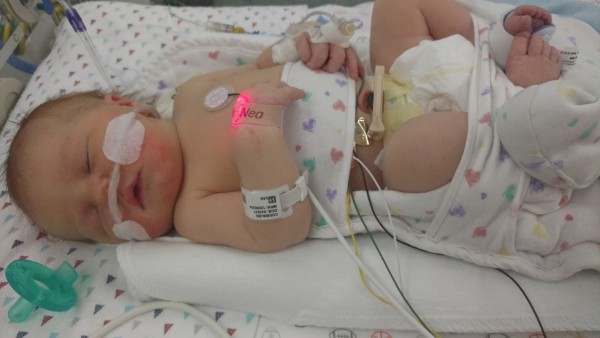 Life's a Trip with Triplets
My gratitude for our NICU nurse
'It was 7 days that changed me forever': My preemie, five years after our time in the NICU
advertisement

Life's a Trip with Triplets
My gratitude for our NICU nurse
'It was 7 days that changed me forever': My preemie, five years after our time in the NICU