Can Everything I Have Just Be Enough? 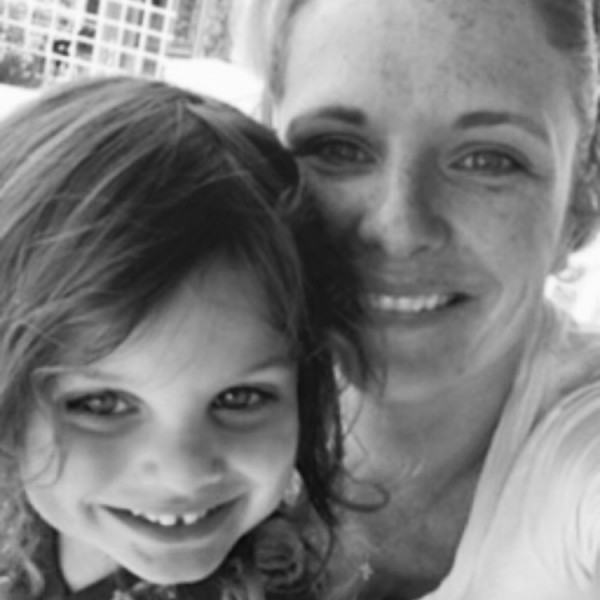 I did an interview this week and the interviewer asked me a question I've been asked before and always trip over: "What is your ultimate goal?"

I assume he meant writing-wise, since that was the interview subject, but it wasn't specifically stated and I had to put a hand over my mouth to keep from shouting random goals out into the universe, like financial independence, bigger boobs, a faster split pace when I run, a walk-in closet, children that listen to what I say the first time I say it, the secret to my best friend's killer lemon bar recipe, or maybe a car from this decade.

Eventually though, after thinking for a second, I said what I'm pretty near certain is the truth: "if it was only ever this, just what I have right now and nothing more, then that would have been more than enough."

Part of me still struggles to admit this truth though, because of course I have goals and dreams. Just recently I've been letting myself whittle away hours of insomnia lying in bed and planning a book launch party attended by the likes of my new bestie Oprah and Glennon where waiters serve from big trays of bacon wrapped everything and I drink just enough from the open bar to have incredible dance moves but not so much that I start pulling people aside and ugly crying about how much I love them.

But that's just the stuff of silly dreams, and anyway I don't think having dreams means I can't also appreciate the forest for the trees. Because if it only ever was me here throwing thoughts onto a page and sharing them with you and you sharing yours back with me, what an incredible and wonderful gift having had that would have been, in the end.

And it’s not just the writing.

Take my parenting. I mean sure I would love to be better--so much better--at motherhood. I wish I was more patient and played more and served more nutritious meals and had the resources and the energy to take us to interesting and educational places and lessons and to get my daughter to stop wearing that one same stained shirt Every. Single. Day.

Or how about my marriage? Good God, there's an awful lot of room for improvement in my wifing skills. Just ask my husband. Like, I could stay awake past the kids bedtime and spend some actual time with him. Or we could plan outings together where we have idle time for conversation that isn't 100% about the children we just left and doesn't take place in stolen ten second interludes in between emergencies.

Except same, because if this was all we ever had, if it never went beyond raising these babies together and being lucky enough to have made a life with someone who loves the same people I love with the same irrational craziness I have then wouldn’t that have been more than enough? Wouldn’t it have been the stuff of romance novels, the epilogue that happens after the drama dies down, the happily-ever-after?

Then there’s my body. What if this was it? What if I never get skinny enough again to fit into the jeans I insist on holding onto even though they have just as much of a chance of being worn again as Oprah does of actually doing the Thriller dance with me? What if this is as perky as my boobs are gonna be, or the smallest my waist is gonna get, or the easiest waking up in the morning is going to be from here on out? Can that be enough? Or will it only ever be enough later, like it is now when I look back on pictures of myself when I was younger and think oh Liz. What an idiot you were to be wasting your time worrying about any of that nonsense when you HAD NO IDEA HOW GOOD YOU HAD IT YOU BIG FAT DUMMY.

The thing about this truth is it works everywhere. My writing, my parenting, my marriage, my health, my career, my hair, my bank accounts, even my house. Sure, I'd love a cleaner and more modern everything where the decor is more shabby chic and less "my kid smeared poop on the wall," but to look around at a place filled with the beautiful chaos of love and not see it as the gift that it truly is would be as silly as looking around at a life filled with the same and somehow coming up lacking.

Because here’s the real truth: If it was only ever this, only this and nothing more, then that would have been more than enough. It would, in fact, be everything*.

*Except Oprah. Still need her.

The time Oprah crushed my working mom dreams
Mama, listen to your kids...
When Oprah Was My Only Friend
advertisement

The time Oprah crushed my working mom dreams
Mama, listen to your kids...
When Oprah Was My Only Friend