Pink eye, ear infections, colds, RSV, croup, roseola, bronchitis – oh my! You name it and we’ve experienced it over the last six months. 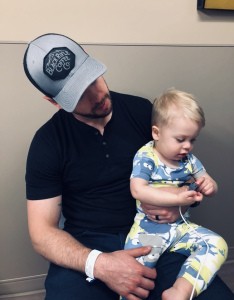 My toddler has picked up every germ possible from his daycare friends. Just when we think that it has to be over, that we’ve at least earned a two-week, sick-free period, I get the dreaded text or call: “He has a fever of 102” or “He threw up.” Insert your own symptoms in here – I have a feeling most parents have felt the stomach-dropping moment that is the beginning of long nights and quarantined weekends.

Everyone continues to tell us that he’s just building up his immune system. Would I really prefer to have my one-year-old go through this now or when he’s five? I can’t help but think that it would be easier during the later preschool years, when he can tell me what hurts and comprehend that his stuffy nose is not the worst thing in the entire world. I never imagined the horrors that would result from the inability to breathe out of your nose! He seemed to take other illnesses like a champ, but a cold is his kryptonite.

I knew there was no way to prepare for daycare life emotionally. Drop off time still wrecks me and I miss him constantly – but I had no idea the toll toddler germs would take on our lives. We’re now at an all-time high of three days in a row at the pediatrician. My husband and I have routines that we don’t even need to discuss: if he grabs the nose sucker, I know to have tissue ready before the breathing treatment mask is unveiled. Time for ear drops? Get the changing pad out and grab a toy for distraction.

Now, sickness is not a laughing matter in many situations. But when you’ve been cut off from the outside world for months at a time and your social interactions are limited to doctor’s offices and pharmacy lines, you have to laugh. It’s rarely funny in the moment, but we have to make light of this snotty season to regain a sense of normalcy; to hold strong to the belief that it will get better and we will rejoin society again someday. After all, you start to feel like a broken record when there’s a new issue every week and you're constantly turning down invites or canceling plans.

As a newborn parent, you're mentally ready to hibernate for a while. But this? We were wholly unprepared for it. We ended up catching many versions of his sicknesses as well, and so our own abilities to "parent while sick" were stretched in new limits. After all, there aren't any off days in parenting: The need for a bath and requests for snacks never stop! Of course, along with testing your patience and immune system, it also puts a strain on your relationship in a completely different way than any other scenario.

When you promise “in sickness and in health,” it isn’t just a covenant or romantic notion between you and your spouse. In fact, you aren't just promising that to each other – but to all of your future family members as well. It’s an all-encompassing vow, a plea and a reminder for grace in the midst of kid chaos and constant coughing. It’s an unavoidable aspect of family life: kids will get sick and you will snap at your significant other about spilled Pedialyte. There’s no way to explain what happens on night five of no-sleep and nonstop coughing unless you’ve been there and felt the exhaustion. You can go from synchronized medicine drops to silent treatment over forgotten laundry in five minutes flat.

Marriage isn't easy – and neither is parenthood. We're learning that every year and age comes with its own joys and challenges. The happiness that little ones bring is unmeasurable, but what about those weeks when the difficult times seem unrelenting? What if the sickness or sadness overshadows your ability to absorb their light? Our strength is unveiled one appointment, one day, one bedtime battle at a time. Fortunately, motherhood is full of grace – and we are more resilient than those germs! 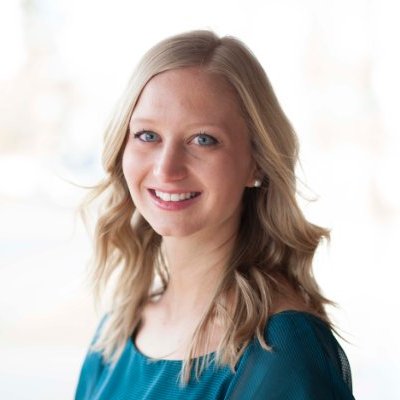 When Preemie Isolation Is Over: Five Tips for Transitioning to the Outside World
Personal Hygiene Tips For Your Routine - Keep Infections Away, Everyday
But what if you do?
advertisement

When Preemie Isolation Is Over: Five Tips for Transitioning to the Outside World
Personal Hygiene Tips For Your Routine - Keep Infections Away, Everyday
But what if you do?