Bad Habits You Definitely Don’t Want To Teach Your Kids 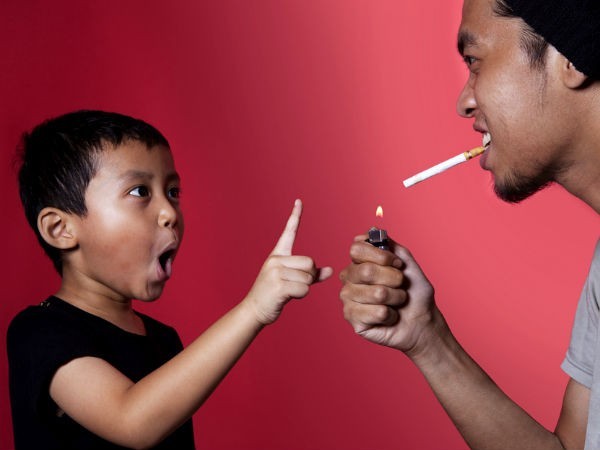 How many bad habits did you pick up from your parents when you were young? I bet they taught you all sorts of bad things, but they didn’t realize they were doing anything wrong. We finally know what you do can affect your kids in the future.

If they see you doing something silly, they’ll assume it’s okay to copy you. These bad habits will only affect their lives in a negative way, so don’t ingrain them in their minds. Here are some bad ones you need to keep a watchful eye on.


1. You Shouldn’t Bend The Rules

Have you ever heard someone say it’s okay to bend the rules as long as you don’t break them? It’s a terrible thing to teach your kids. You shouldn’t let them see you bending the rules unless it’s something small.

If they see you trying to bend every rule you come up against they’ll do it too. Unfortunately, there is one giant problem. It’s possible they’ll push it much further than you and get into serious trouble.

Not only is smartphone addiction a real thing, but it’s also got a large amount of negatives. A few of them will damage your health. Some will waste so much of your time you’ll be throwing your life away.

You shouldn’t even be on your smartphone all the time if you have kids. Please don’t let them think it’s okay to stare into a screen all day. If they get hooked on technology it will hurt more when the robots arrive.

Nobody is saying you should tell your kids Santa Claus isn’t real, but don’t tell any big lies. It’s easy to get ahead in life by lying. On the other hand, it doesn’t take much to destroy your life too.

How will your kids make friends if every second word that comes out their mouths is a lie? Nobody will like them. Some people will punish them for it. If you teach your children to lie they might not be able to help themselves.


4. Treat Other People With Respect

It’s fair to say most adults are guilty of treating people disrespectfully. You will see it even more online because we grew up when the internet took over. It’s easy to bully someone when you can’t see their face.

First of all, don’t let your children get into the habit of bullying people because it’s morally wrong. You also have to remember everything your child says will be saved, so it could damage their future prospects.

I don’t think you’re going to stay under the speed limit all the time, but don’t drive too fast. You don’t want your kids to behave like Formula One drivers. You need to keep your road rage under control too.

When you shout at cars they’re not going to hear you. It’s more likely you’ll have a heart attack behind the wheel. If you enjoy traveling on your motorcycle you need to be even more careful due to the risks involved.

It’s Extremely Hard To Get Right

You’re basically being asked to do nothing wrong until your kids grow up, which is unrealistic. It doesn’t mean you shouldn’t try your hardest to hide bad habits. They won’t be affected if you slip up from time to time.

Mother of 2, love to walk with my children and think and explore wherever I am. It’s good for clarity of mind and creativity as well. I am thrilled to have had the opportunity to to tell my story about parenting.