Avoiding the Bully Inside

Earlier this week a version of myself from the past showed up to haunt me.

She was a version of me from six years ago.

She was 60 pounds lighter.

She could lift heavy weights and was super strong physically.

The gym was her social life.

But she wasn’t a happy girl.

She was scared to pursue her dreams.

She let toxic people have access to her heart and her life.

She questioned often whether life was worth living.

But that girl showed up the other night like she was some better version of me, a version I should strive to be again.

And I fell for it.

When my son invited me to go to the gym with him, all I could think about was the other version of me.

How could I start working out in public, where there are people that can see me, when I’m not the other version of myself?

I need to just stick my with knock off at-home Pelaton workouts where the world doesn’t have to see me.

And, as teenagers are so good at doing, my son called me out on my bullshit way of thinking.

And I needed it.

Because then I remembered who I really am.

The version of me today sure looks different than that other version - but she’s not less worthy.

She’s not a version that should make me feel shame.

She’s not a version that should make me feel embarrassed to be seen lifting weights in public.

She’s not a version that deserves to be judged.

Yes, she’s a version that is heavier.

But she’s also a version that is more authentic.

She’s a version that is happier.

She’s a version that has healthier boundaries.

And she is so deserving of love and acceptance.

Just because sometimes our harshest judgments come from within doesn’t mean we have to listen to them.

So, I took a deep breath, told that other version of me to go back to where she came from, and I went with my son to the gym.

And then I signed up for a membership.

Because we should never become our own bully. 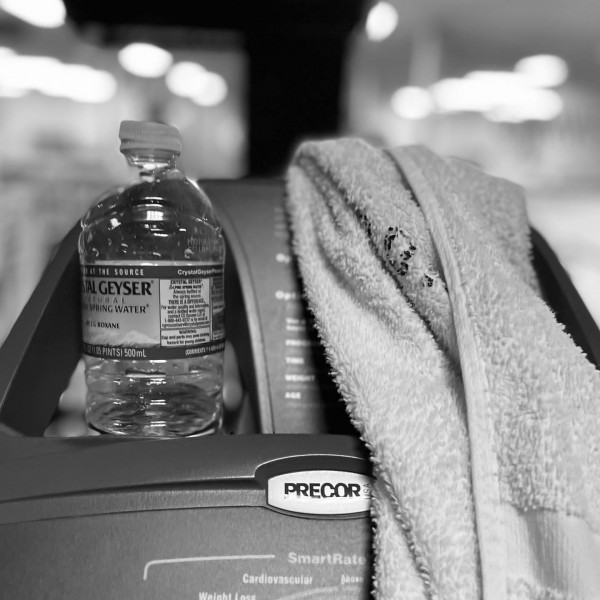