AUTISM HAS NO CURE...BUT LUCKILY, IGNORANCE DOES

Published by AUTISM IN SOCAL on October 2, 2019 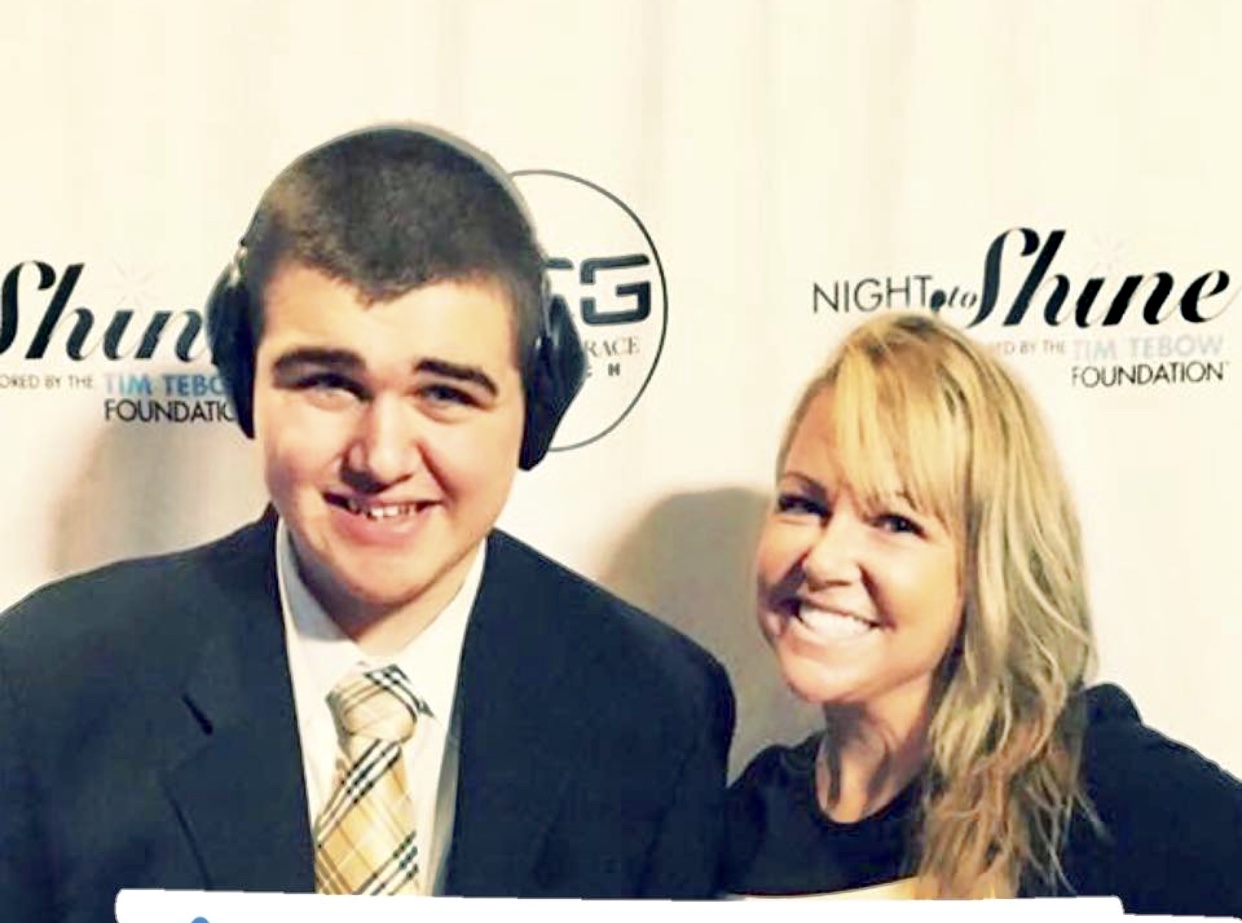 I’ve been on this journey with my boys for 18 years now and after a while, you just get sick of hearing yourself complain. I’m sick of being the Debbie Downer when someone asks how our weekend was. No one wants to hang with “doom and gloom chick”. Much like Autism doesn’t just “go away” at 10, the misunderstandings and judgment doesn’t either.

I am a mother of two young men on the spectrum. One of which is 17 years old, with Severe Autism. He is somewhat verbal but unable to carry on a conversation, suffers with OCD and has vocal and physical tics.

In almost 18 years of travelling around the world, refusing to allow Autism or some people’s perception of it to sway us, there are only two times that my son's Autism was held against us to the point of being asked to leave. But the judgment and misunderstanding has been a constant.

This is one of those times…

I shared a post to my blog, about my teen son with Autism being kicked out of the Broadway Musical, Charlie and the Chocolate Factory

The story gained a lot of media attention with CBS and NBC News in Los Angeles reaching out for interviews.

Here’s the short version of what happened on that day,

This was my sons second time attending a Broadway Musical type show. The first show went well. He moved seats a few times during the show, had a few tics but after explaining to the ushers that my son had Severe Autism and that stopping him would cause much more of a disturbance the ushers understood. I also apologized at intermission to the people around us and everyone agreed that it didn’t bother them at all. They even praised us on how well he was behaving.

Our next show didn’t go as well...

long story short, an audience member complained that my son quietly moving seats was disturbing their show experience, (yes, you read that correctly!) so security came in and my son was told to leave and locked out of the building in the midst of a meltdown.

“This 6’4 young man was locked outside the theater, sobbing as he had no idea why he couldn’t watch this show that he had counted down on the calendar for.” 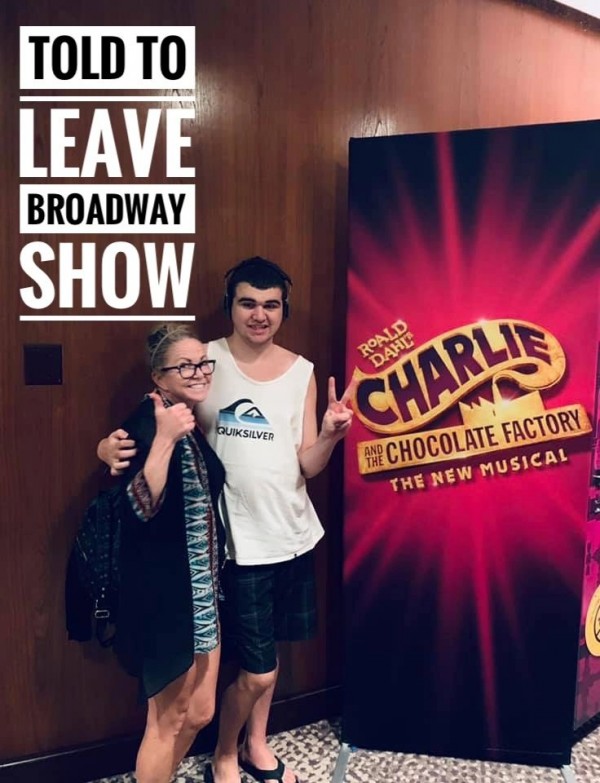 The security officers stood on the opposite side of the glass doors as they stood guard and yelled out that he couldn’t come back in and that we should call the main office for a refund as this 6’4 young man was locked outside the theater, sobbing as he had no idea why he couldn’t watch the show that he had counted down on the calendar for. We had prepared for weeks for this show, making schedules, behavioral charts, bringing headphones. This show was his motivator for good behavior in the weeks prior.

The meltdown continued the entire way home as I tried my best to explain why he had to leave the show over his screams. I honestly had no answer for him. It doesn’t happen often anymore, but I fell apart while driving and literally sobbed before having to pull over to compose myself, so I could see well enough to drive safely.

A few days later I contacted the theater and was told that they “felt badly” about my son missing the show but an audience member had complained about him moving seats and it was disturbing his enjoyment of the show.

For that reason, my son was asked to leave. As for the refund, since I had bought the tickets from an online agency they could not offer me one.

I mentioned the need for Autism Awareness Training and was told that the theater was very “Autism Friendly” and that in the future I should consider attending one of the many “Sensory Friendly Shows” that they have specifically for this type of disability.

On that note I checked the website and found this information related to their Autism Friendliness and sensory friendly shows: 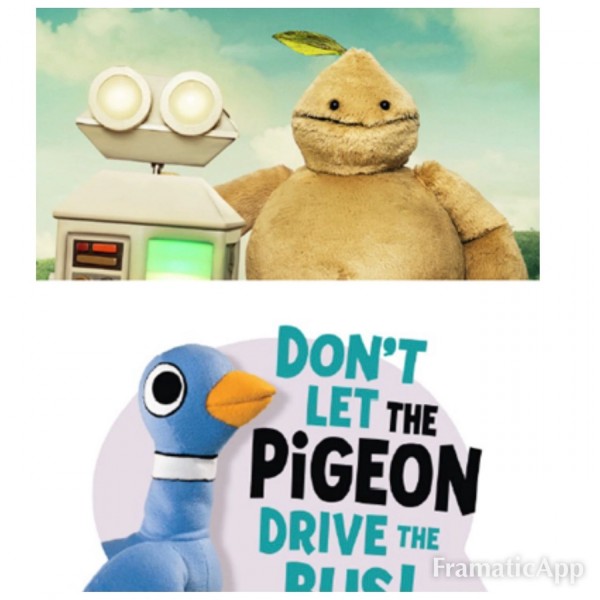 Here are two of the shows they offer for their Autistic guests and recommended I take my almost 18-year-old son to.

There literally isn’t a day that goes by that I don’t’ see a story like ours in the news; Restaurants, Amusement Parks, Schools, Airlines…the list goes on.

Most of the comments on social media from the public regarding the story were positive and empathetic, but some say that they” shouldn’t’ have to be inconvenienced” and “if people aren’t able to follow the rules they should just stay home”. They refuse to adapt to this type of special needs and some may hate me for saying this, but I get it! I’m not angry about it and I don’t judge them for it.

Here’s the thing, there’s a big distinction between Ignorance and Judgement. Good people can be ignorant.

I didn’t know much about Autism myself until my son’s diagnosis. I can’t expect that everyone is going to understand Autism in the way that us parents do. We experience it 24/7 and it becomes our norm. The little I did know about Autism was what I had seen in the movie, Rainman”.

“Autism isn’t going away…EVER!There is no cure for Autism…”

If sharing our stories by way of blogs or video’s can help educate people about what Autism is, and by just making small changes to what we consider “the norm” we can make the world a whole lot easier for whole lot of people!

Autism isn’t going away…EVER! There is no cure for Autism, only interventions to improve some of the symptoms but that’s it!

Those people who have no awareness about autism and may not have family or friends affected by it are the minority... but not for long.

Autism affects more than 70 Million people worldwide with approximately 1/3 of those numbers being non-verbal. Here in California the population of Autistic Adults is projected to TRIPLE in the next 10 years.

So, for the sake of the autism community and their families, spreading awareness and showing understanding to the few uneducated in the public is the biggest gift we can give them…. because in all likely hood, there is a good chance their family will personally be affected by Autism in the next ten years.

Hopefully by that time, these all too often stories of people on the spectrum being told to leave restaurants and kicked off of Airlines will be something we look back on in shock....not something we see daily in our newsfeeds. 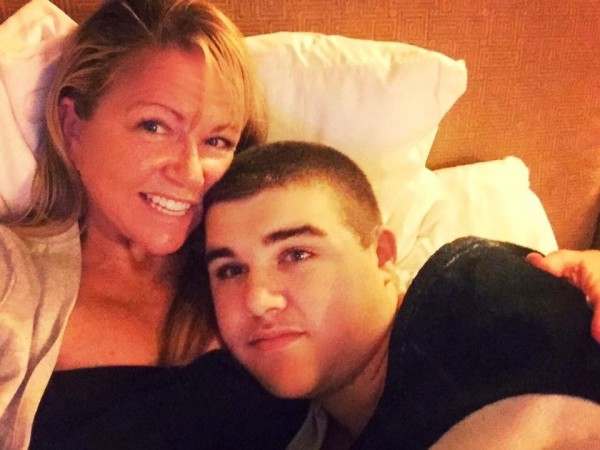 Stopping the bullying of kids with autism by creating a community of superheroes
About Autism, a Little boy and Nobody’s fault
I'm not a supermom
advertisement

Stopping the bullying of kids with autism by creating a community of superheroes
About Autism, a Little boy and Nobody’s fault
I'm not a supermom