An open letter to obstetricians, who have an imperative to take ownership of their role in screening for postpartum depression

I’ve always appreciated the saying “It takes a village” to raise and support children.

The phrase should also apply to expecting and new mothers, and one of the most critical members of the village should be obstetricians. They play a large role in a mother’s physical pregnancy, labor, and delivery. And they are responsible for examining a mother’s body in the weeks and months following delivery.

But, it’s disappointing and concerning that many obstetricians – the only medical professionals solely focused on a mother’s health during this period – neglect the opportunity to screen for postpartum depression.

Think about it. With medical knowledge and an established relationship with a mother, obstetricians are in a unique position. They know more about a new mother’s well being and health than anyone else. But at postpartum appointments, many obstetricians quickly examine a mother’s nether-regions and move her right along.

Obstetricians should be better advocates for their patients.

It’s regularly reported that more than 15% of mothers suffer from postpartum depression. That equates to almost 1 million mothers each year. And that statistic doesn’t even begin to capture the magnitude of the issue when you consider how many sufferers go unreported and the impact it has on children. Postpartum depression has been shown to negatively affect the development of infants’ cognitive, neurologic, and motor skills. And postpartum depression can also negatively impact older siblings’ mental health and behavior. 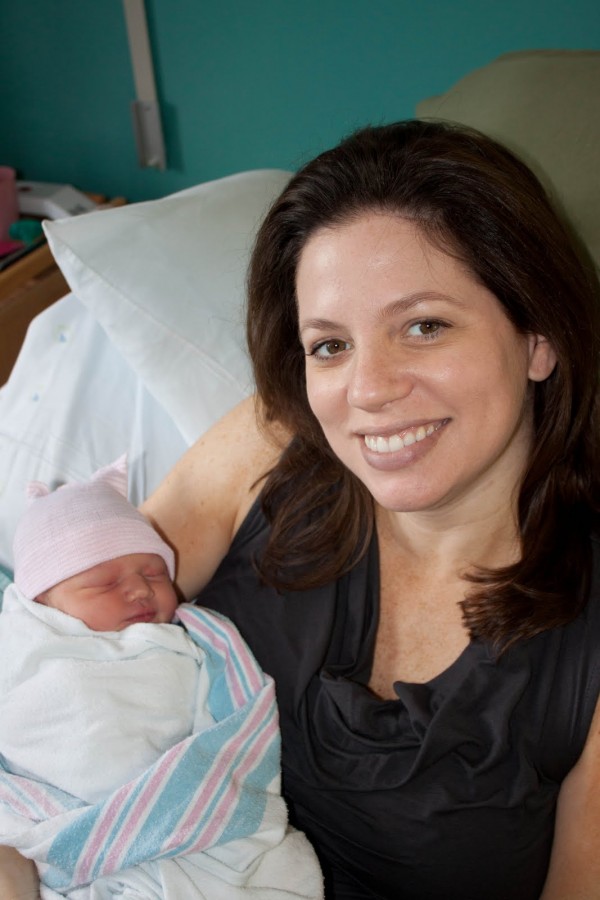 Following the birth of both of my children, who were planned and so very wanted, I quickly spiraled into a very dark, scary place. Both my daughter (born in 2011) and son (born in 2014) were easy babies, quickly taking to a healthy and manageable schedule. But I was increasingly spinning out of control.

At postpartum appointments, while my obstetrician evaluated my physical recovery, he should’ve taken the opportunity to also evaluate my mental health. He could’ve and should’ve been the first one to detect a very serious – and life-threatening – situation.

Following both deliveries, not one time did my obstetrician ask about my mental state. When asked, “How are things?” I probably said, “Fine.” When asked, “How are you recovering?” I probably said “Fine.” But if he had asked specific questions about postpartum depression – including “Are you having dark thoughts? Are you having panic attacks? Do you think about harming yourself?” – I’m certain I would’ve broken down in his office because I couldn’t have hidden the pain. I would’ve said, “Yes, yes, and yes.”

I would’ve told him that I – someone who had always been a very driven, optimistic, and cheerful person – regularly fantasized about ending my life. And, ideally, he would have quickly directed me to the professional help that I needed.

So I continued to fall deeper and deeper into a black hole, spending the first year of each of my children’s lives in such a fog that I have very few memories of these formative years. I don’t remember their first smiles, the feel of their soft skin against my chest, their expressions when they learned to crawl, and, most painfully, the look in their eyes when they gazed deeply into mine.

I was cheated out of their first years. My postpartum depression was crippling and debilitating.

And it was overlooked by my obstetrician.

Fortunately, just before my son’s first birthday, a dear friend recognized the symptoms and immediately set me up with a doctor and therapist. While I will be forever grateful for my friend’s helping hand, which began the long process of healing, I desperately needed my obstetrician’s helping hand many, many months earlier.

So while others in the village help mothers nurture their new babies, obstetricians, I beg you to step up to your role as the ones who should monitor mothers’ mental health.