An Apology to My Younger Child 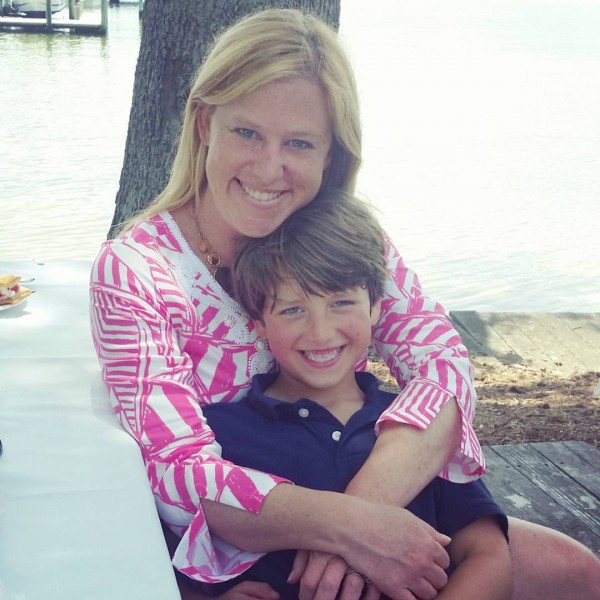 It is almost trite these days to offer up written apologies to our latter born children. To catalogue all the ways in which we have relaxed the rules the second (or third or fourth) time around. To humorously list the words they’ve learned too early, the movies they’ve seen too soon, the crappy food they’ve eaten.

But here’s the truth if we’re willing to admit it: The innocence of our latter born children is all too often sacrificed on the altar of their older siblings' social and athletic schedules. It just is.

The truth is that in today’s society – where we are red shirting our children so that they can be bigger, faster, and older than their peers – we are pushing our kids to grow up faster than they should.

I am guilty of this as well. Not intentionally. But my 8 year old has a later bedtime than his older brother did at that age. He has been privy to conversations about topics that are above his pay grade. He has been exposed to movies and songs and situations that have made him older than his years. He has more independence and more responsibility than his brother did at that age. He prefers the company of his brother’s friends than his own peer group.

The truth is, that’s just part of being a younger sibling.

And it’s not all bad.

But that doesn’t mean we shouldn’t listen to them when they tell us – explicitly or subconsciously – that they are still little. That they need to be little.

The other night I was sitting at the table while my boys were having dinner. We were having a great conversation about the fun we’d had earlier. With no fanfare or provocation, my 8 year old silently slid from his chair and climbed up behind me, perching himself atop my chair and started playing with my hair. The way he did when he was 4. 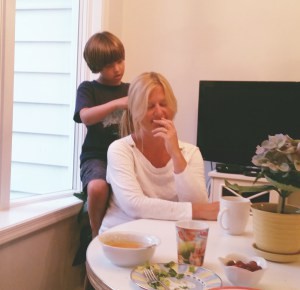 We just kept talking as he picked up pieces of my hair and silently twirled them around his fingers. He reached for the hairband that passes for a bracelet on my wrist and tried to gather my hair in a ponytail.

After a few minutes of what can only be described as tying my hair in knots, I asked him if he wanted help. Instead of immediately bristling at my suggestion that there was something he couldn’t do on his own, he softly said yes.

I realized in that moment how often recently we have been treating him just like his older brother. I realized we have forgotten that he is still little.

I thought about how many times he has wanted to play games that were well below his intellectual prime. That for every time he asked to play Scrabble, he also asked to play Chutes and Ladders.

I thought about the other night when we pulled put the old board books and giggled as we read them aloud for the first time in years.

I thought about the times when he wants to sit in my lap and snuggle.

And so, my sweet boy, I make you this promise:

I promise that I will remember that you are barely 8. I will try so hard to remember not to expect the same things of you that I expect from your brother.

I promise I will cultivate the magic you see in the world.

I promise I will not hurry you through your stories, full of exquisite detail, because your brother has somewhere to be or something to do.

I will read you picture books and not just chapter books. I will bring back the funny voices and point at the silly pictures.

I will be still with you when you curl up in my lap even when there is a pile of laundry or a stack of dishes that need to be done.

I will always watch Curious George even if your brother wants to watch Star Wars.

I will watch you play Sharks and Minnows with the big kids in the pool for a little while before I get in and have underwater tea parties with you and cheer your crooked handstands.

I will shield you as long as I can from the news, the heartache, the hate, even if it means you’re the last to know something. I will protect you from the ways in which people can hurt each other.

I will tell you that you’re too young and although you might pretend to be mad I know you are secretly grateful.

I will listen when you tell me that you deserve to be little too. When your brain and your heart and your soul can’t keep up with the frenetic pace of the world around you.

I promise that I will give you the independence you want but also the guidance you need.

I promise I will not hurry you through your childhood.

Join Cameron on her website Lucky Orange Pants or on Facebook where she writes about parenthood, loss, and love. Her work also appears on Scary Mommy, The Huffington Post, Babble, Yahoo Parenting, The Mighty and more.

Dear Genevieve Emilia, Thank You For Making Me Brave
Raising Big Brothers
To my son with painted nails: You do you, little one
advertisement

Dear Genevieve Emilia, Thank You For Making Me Brave
Raising Big Brothers
To my son with painted nails: You do you, little one