Come October 1st, as Americans are rolling out all things pumpkin, the rest of the world is posting interweb demands for answers about the state of our Haunted Union. I suppose many of us (here) have never considered the possibility that we are a nation that is very much alone in our celebrations of Halloween and Hayrides.

However, being a (mostly) proud American, I thought it appropriate to respond to some of these burning questions.

Do Americans realize that Halloween isn’t a “thing” in the rest of the world?

Wait, now, what?? That was my initial thought when reading this question.

My second thought was, No, actually. No, and it is hard to fathom that it is only in America that we enter this Fall Frenzy. Even now, I feel like I should research this question further before continuing. Really?

Why are Americans obsessed with Pumpkin Spice everything?

Um, it’s delicious? And we only get to enjoy it for about six weeks per year?

Sidebar: I don’t know why six weeks but I suspect it is brilliant marketing.

Do Americans really decorate their homes for Halloween?

Absolutely. If by “homes” you mean inside and out, including the yard, the mailbox, the windows, and the porches.

Do Americans really start decorating for Halloween in September (and why)?

Answer A: I supposed we start in September because we honor our celebrate Labor Day the first weekend in September. We also celebrate Memorial Day in May and, in between, Independence Day in July. This setup means Red, White, and Blue decorations carry us from May to September. Frankly, by then, we are ready for a change in colors. Why not jump straight into the blacks and oranges of Halloween?

Answer B: Halloween decorations fly off the shelves faster than a bat turns to a vampire, so early purchases are critical. Don’t believe me? Look up “Home Depot 12-foot skeleton,” now a black market item. If you know anything at all about America, then you know that we have zero self-restraint. Once those brand-new Halloween decorations have arrived home from the store, any thoughts of, “Maybe we should wait until October to put them on display” fly away faster than a witch on her best broom.

Answer C: Halloween is rivaled only by Christmas when it comes to maxing out decorative surfaces. Christmas, however, comes with loads of emotional baggage in the form of visiting relatives, purchasing the right gifts, booking hotels, wrapping all those gifts, offending at least three family members, feeling frantic for two straight weeks, and getting candy cane crumbles out of the dog’s beard. Yes, Christmas sucks the holiday spirit straight out of the celebration. Decorating for Christmas is really just one piece of a very large annual chore pie. Halloween? Not so much. The only extra baggage on Halloween is full of candy, free to be devoured as one wishes as, in the spirit of this season, there are no calories in sweets acquired with the words, “Trick or Treat.”

Why do Americans take endless photos with pumpkins?

Because there are so many opportunities:

The “we just went to the pumpkin patch” photos. Do other countries have pumpkin patches? Giant fields with rows of muddy rows of rooted pumpkins to tromp through to find a favorite? Only to cut the pumpkin from the ground and tromp it to a weigh station to find out how much it will cost to take it home?

The “we just lined up our hand-picked pumpkins on the front porch” photos, perhaps on some overpriced bales of hay.

The “we’re carving our pumpkins” photos.

The “we just put our baby (or cat or dog) in a pumpkin mid-carving to see if it would fit” photos.

The “it’s nighttime now and our carved pumpkins are on the front porch with a candle inside” photos.

The “look at this pumpkin pie and toasted pumpkin seeds that we made from our hand-picked pumpkins” photos.

The “now it’s finally Halloween and the front porch, including the pumpkins, is so pretty” photos.

The “now it’s Thanksgiving and we forgot our pumpkins and, wow, they are so gross” photos.

Do Americans eat pumpkins or just photograph with them?

Many of us do eat them.

Pumpkin pie is delicious. So are toasted pumpkin seeds.

Do Americans carve pumpkins or is that just in the movies?

One thousand percent real. And messy. And kind of gross (as you’ve got to get the guts out). But the tradition lives on.

Why do Americans hate Candy Corn?

Because it’s horrible. Yes, it looks pretty. But it’s a flavorless, waxy nothing.

Why did Americans change the name of Autumn to “Fall?”

Because that’s when all the leaves come down. And how? They fall from the trees.

Also, the fall of the temperatures is met with excitement by many incorrect people.

Fall Leaves? Fall Leaves are real and as spectacular as seen in the pictures. There are actually whole tours planned around Fall Foliage. The further north into America you travel, the better the colors are.

NASA is currently posting pictures of Fall Foliage from space. It’s that beautiful.

Why do Americans dress up as… actually anything… instead of only scary things?

The Spirit Halloween store did this to us and we fell for it. We used to have three options, a ghost (thank you, bedsheet), a witch (thank you black dress and green face paint), and a zombie (thank you, bandage supplies). Now you can quite literally live out any dream you’ve ever had in the form of your Halloween costume.

Group Costumes? Yes. Who doesn’t want to cross paths with the Spice Girls, the cast of Downtown Abbey, or the whole Royal Family?

Fun fact, the finale is the costume. We spend the entirety of October wearing various Halloween jerseys. Personally, I lay out my Great Pumpkin pajamas on September 30th so that I wake up ready on October 1st.

Second fun fact, most of us spend the entire day of Halloween proper in costume. School, work, errands - I suppose this is why our choice of costume is important and varied.

What is Spirit Halloween?

As September reaches its mid-point, the popup Spirit Halloween Store sightings begin. Has a large retail store recently closed? Yes? It will most definitely spend the month of October as a mecca for Halloween costumes. The offerings will be overpriced and undersized. Bring your wallet and plan on ignoring the sadness of purchasing something marked three sizes higher than you’d normally wear.

I don’t know where Spirit Halloween hides the rest of the year. That may be the question we should be asking.

Why do Americans think Halloween lasts a month?

I will not respond to clear bullying.

Is there a Halloween Jingle beyond “Trick or Treat?”

First, the whole jingle is “Trick or Treat, Smell My Feet, Give Me Something Good to Eat.” Without at least the first words ready to share, children should not bother to ring a doorbell as they will not be given candy.

Second, uh, yes. We have endless songs. Monster Mash, Thriller, Ghostbusters, A Nightmare on My Street, Superstition, I Put a Spell on You, Werewolves in London…well you get the idea. We have entire playlists.

Do Americans know that scary things and sweaters exist outside of October?

Do Americans really just leave a bowl of sweets on the doorstep?

Sometimes. Oddly, Halloween may be one of the most honest nights in the neighborhood.

Yes. Why? Because you can fit a shite ton of candy in them.

How many Halloween parties are there?

As many as possible.

Is Halloween an actual holiday?

No, it’s a test. The test is to determine who can show up for work on time after a night that included:

Dressing up as a character (including face paint and crazed hair)

Following one’s children around the neighborhood as they collect candy at each doorstep.

Sharing adult beverages with neighbors along the collection route.

Gathering at a pre-determined home, post Trick or Treat, so that all neighborhood children can empty their loot into a huge pile which will then be redistributed equally through compromise and barter.

Trying to get everyone home and in bed from a land of sugar highs and after scrubbing all paint from the skin.

Do Americans really wish each other a “Happy Halloween”?

And we wish you one as well. 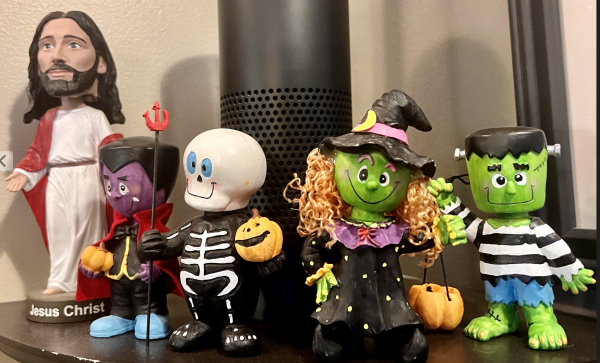 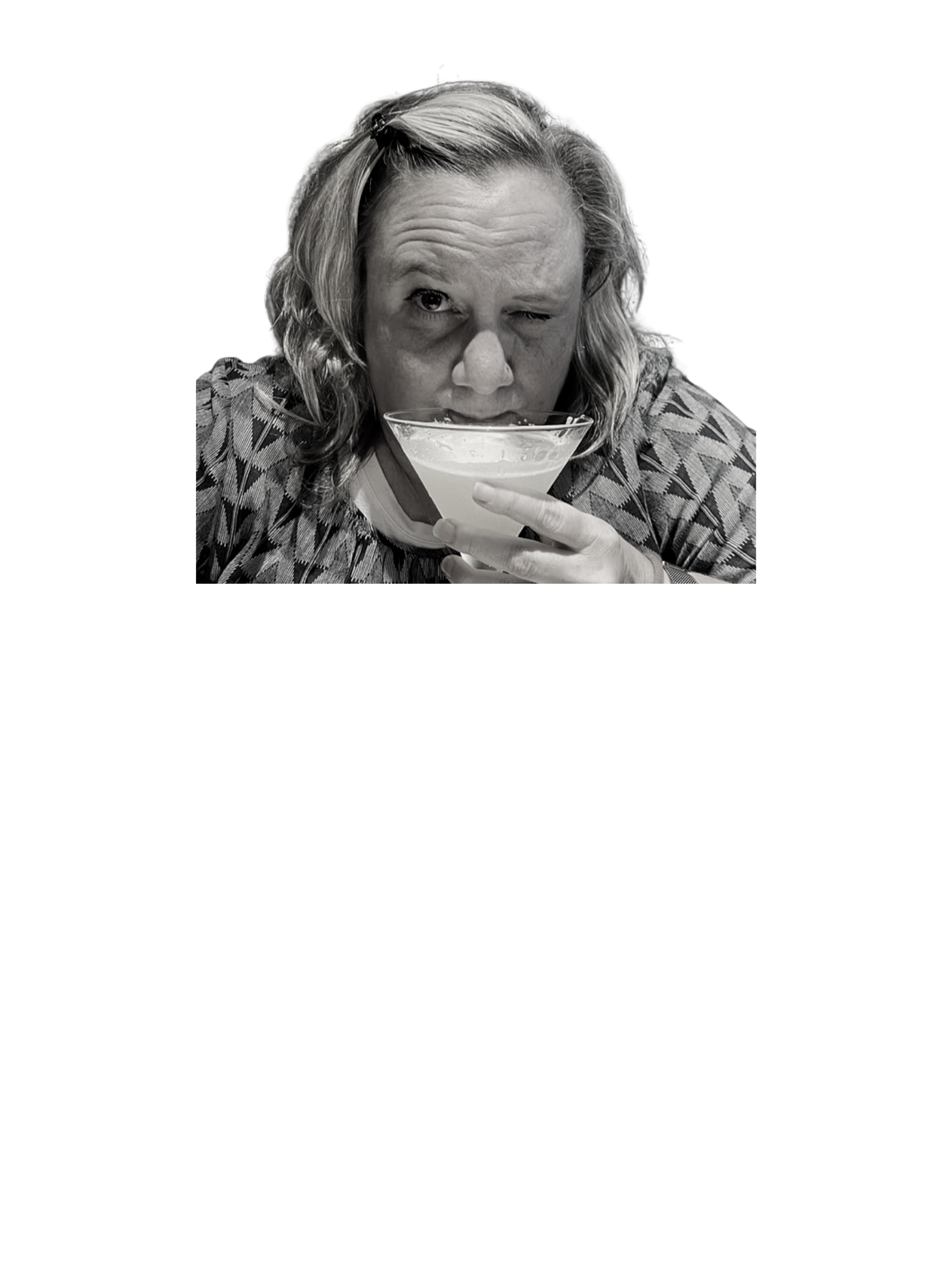