Published by Annie Marek-Barta on February 10, 2020 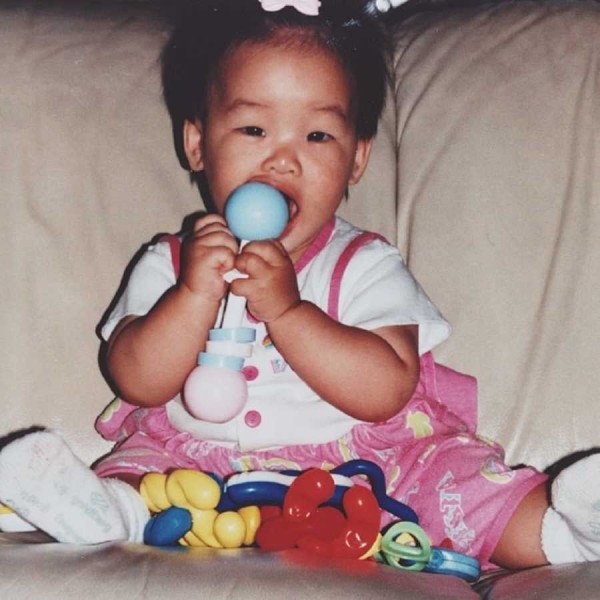 My name is Annie, I’m sure you can imagine that growing up, the most common nickname I heard was “Little Orphan Annie.” The thing is, though, that was truly who I was for many years of my life. An orphan. A girl growing up without a mother to hold and a father to protect me. A teenager who was torn down and living in fear because of all that happened behind closed doors. A very confused young girl who begged God to set me free from the life of pain I was living in but was threatened to stay silent about. I was the Little Orphan Annie who’d watch that movie and not care for the mansion but longed for a loving family who’d save me from my home. I wanted her happy ending. For so long, I was afraid to share my story. I spent years in shame about being in foster care because of people who made me feel like it was a shameful thing. But now I know, more than ever, that my life is a tapestry that God has been weaving with redemption, restoration, healing, and belonging. He tells His story through mine. The best part is that He’s still not finished.

I can’t remember when the abuse started because I truly can’t remember many times before it. What I do know, though, is that I never thought it’d end. It was at home where I endured pain, suffering, and hurt at the hands and words of the people who were meant to love me most. I was a free-spirited toddler who increasingly became a broken and shattered middle schooler and eventually ended up as a suicidal and hopeless high schooler. “You’re worthless. If you can find a family that would actually love you, then go find them. You can leave whenever you want. No one has ever wanted you here.” I didn’t think I could find a family to love me or a place to go because the constant words of hatred spewed towards me became the reality I lived in.

At school, I was happy and popular. I loved being able to “act” the part of a successful student and friend, and I played the part pretty well for as long as I could. I joined every club that I could to stay away from the “hell” of a home I had, walked as slow as I could to prolong my time away, and spent every day trying to find a reason to hope that things would change for me somehow. I craved to be loved. I quickly realized my life wasn’t going to change and if it wasn’t going to change then I didn’t want to live any longer. I went to bed one night deciding that tomorrow would be my last day alive. I sent a text to my youth pastor asking her to meet me at my school, so I could just see her and say, “Hello.” Little did she know that it was “goodbye” that I planned to say. As I went on with what I thought was my last day at school, I was called into my school counselor’s office where she informed me that she’d received concerns from multiple people about my safety and well-being. I played it off as if it was actually a friend that was in danger and there I sat in her office as she called DHS on speakerphone to ask what they could do to get “this friend” into safety.

I was so afraid of getting found out, so it was a relief that she seemed to believe my lie about having a friend in danger to deflect from the truth that it was really about me. I thought I’d give my life another day as we expected a call back with answers from DHS and because this unexpected turn of events gave me the last ounce of hope I could hold onto. As I got home that day a life-altering incident occurred as my biological mother attempted to choke me and succeeded in injuring my face. She chased me out, and in pain, I ran to the nearest store with a black eye and blood dripping from a cut beneath my eye. A good friend happened to be at the store, and when she asked what happened, I lied and said I had fallen and a branch hit my eye. She didn’t believe me for a moment. We got into her car. “Did she do this to you? 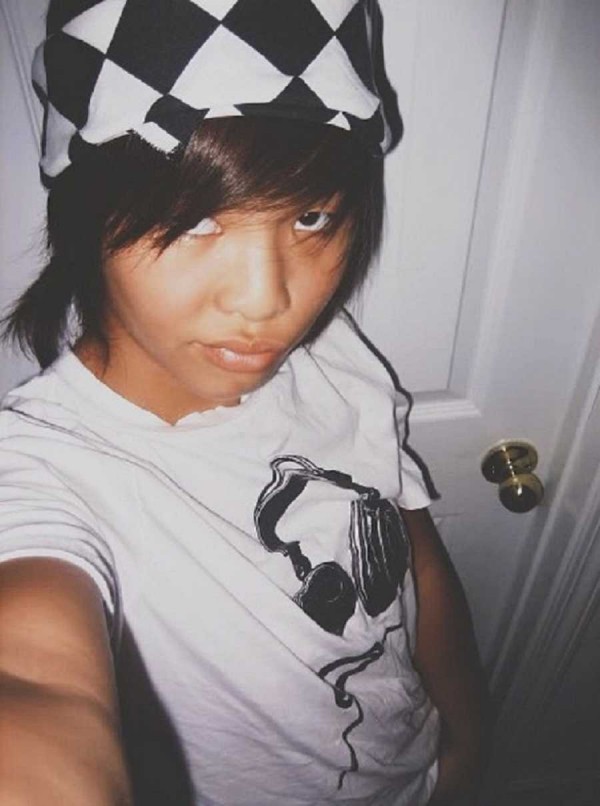 I always wondered and was worried she was hurting you. Annie, this is the third time I’ve been at the scene of a crime where a friend was abused. I know this isn’t chance that I was the one who saw you just now at the store looking like this.” I knew I couldn’t argue with the divine intervention that just happened. She called our youth pastor and a youth leader of ours and there I found myself on that day in May 2010 in the middle of an Albertson’s parking lot surrounded by police cars and firetrucks, a scared and confused 17-year old who was suddenly realizing that the escape I dreamed of was finally here and yet I was petrified and frozen because I had never tasted of it. Abused, neglected, unworthy, rejected, and abandoned was my normal. I had no grid of what a life outside of those titles would be. I was put into the foster care system in the state of Oregon that night.

My youth pastors got emergency foster licensed for me to stay with them and I spent the next 4 years in their home. I was grateful to be in a place where physical abuse was something I no longer had to fear. My church community took me in and loved me in a way I had never known until that point – a love that transformed the shattered pieces of me, accepted the brokenness inside of me, and pointed me to the One who had orchestrated it all. I was experiencing so much newness, and at the same time, I was learning how to walk through life while feeling the effects of a lifetime of trauma. That trauma was evident in my behavior, in my words, in my emotions, and in my views of the world around me. This brought layers of difficulty and misunderstandings that eventually led to relationships changing. I aged out of foster care without being adopted at 18 and then voluntarily signed myself back in right away because I needed the support of the state. 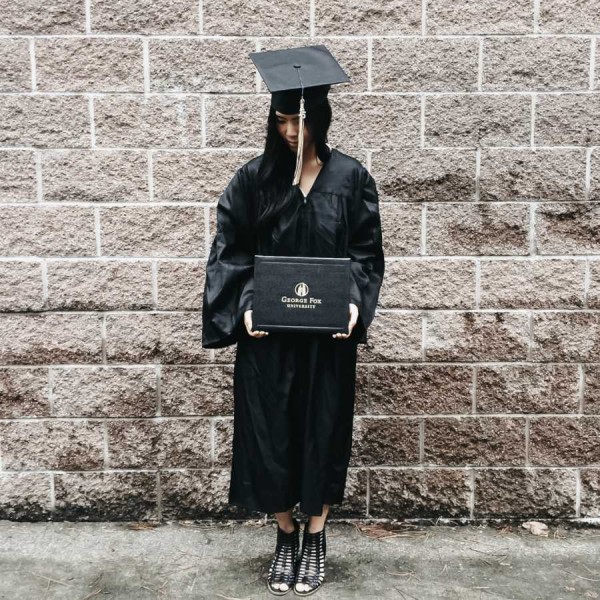 I attended one of the nation’s top private Christian universities completely on scholarships and in 2015, I became one of the less than 3% of foster youth to graduate with a bachelor’s degree. Some days the pain was crippling and as if I couldn’t see an end to the torment and others it felt almost like a faint whisper with just a trace of the past. Studying and focusing in class seemed like an almost impossible task. It was the village surrounding me that cheered me on to the finish line. I was surrounded by people who would not let me give up because they saw what was in me and called it out. I had professors who gracefully worked with me to succeed. I began to choose the strength to push through and that’s when I started seeing my resilience and finding my identity as His Beloved. I began to believe that surely my life had purpose if He caused all of this to happen on my behalf.

My dream of having a forever family didn’t come to an end just because my time in foster care did, though. I lost hope that I’d be adopted because I had aged out and I did all I could to put that dream to rest. Little did I know that a couple that came into my life as the worship pastors at my church in 2012 would become the God-answer to that dream. I built walls up to keep people out, especially those older than me. I tested boundaries and challenged authority. As these two entered my life, they so easily and naturally walked through every wall I put up. I began to trust again. We were all a part of the same church so naturally, we spent more time together. My little foster brother at the time called them our “sisters” and we started identifying as siblings. I was very vocal about my distaste for the labels of “mom” and “dad” and often shared about how I would never use those words in my life nor would I have those figures. We carried on as me being their little sister for years and on May 31, 2017, we went to court to get my last name changed to theirs to legally identify as family. 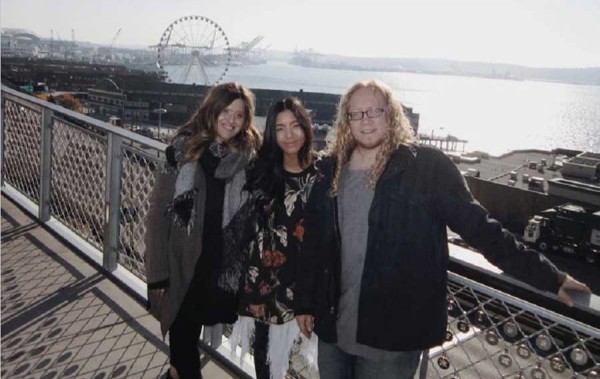 As time went on, I started seeing how sensitive my heart had grown towards adoption. I’d weep at movies with an adoption storyline and I’d see viral stories of adoption and wonder why that couldn’t be my story. I noticed a longing for parents for the first time, and not just parents, but for the two consistent adults who were 10 years older than me to be just that. Their families have loved me and included me in everything. Their friends have also welcomed me as if they’d always known me. They had taken me in as their own since the beginning. They have played those roles all this time. It just took years of healing for my heart to be able to dream of that and accept it. After these realizations, I decided I’d keep my desires quiet and take them to the grave with me because I couldn’t take the risk to make them known.

But God! It was just earlier this year that I was driving with my (now) mom when she was consoling me about my insecurity of forever being a part of their family. I was scared they’d leave me. I was afraid I’d be replaced. I was fearful I’d be without a family. “We’d adopt you!” Tears flowed down my face as the person who has nurtured me most in my life spoke words that I thought I’d never hear as a 26-year old, an aged-out foster youth, and a formerly abandoned child. I quickly learned it was something that they’d carried in their hearts for years. 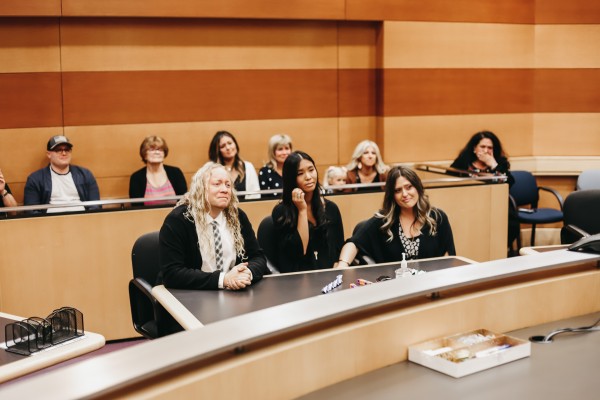 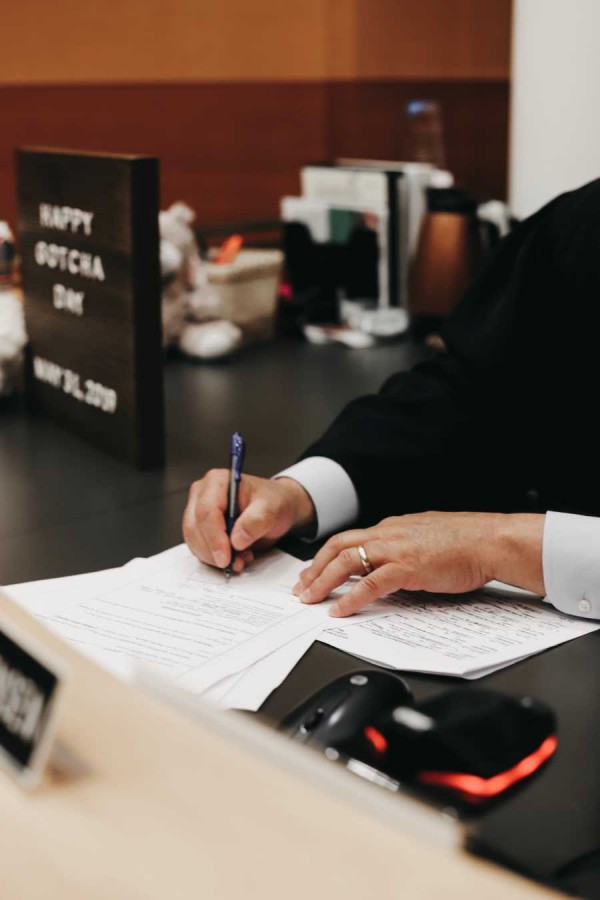 On May 31, 2019, I was legally adopted in a courtroom surrounded by loved ones, followed by a party to celebrate. A courtroom, once a place I despised, became a redeemed place where I have now chosen to serve as a Court Appointed Special Advocate (CASA). I became a daughter that day in a courthouse that historically was an orphanage. During the hearing, the judge wiped away tears and took a pause to thank us for letting him finish his week with us. As we were ending he declared, “This is a happy day for the [foster care] system.” A happy day, indeed! 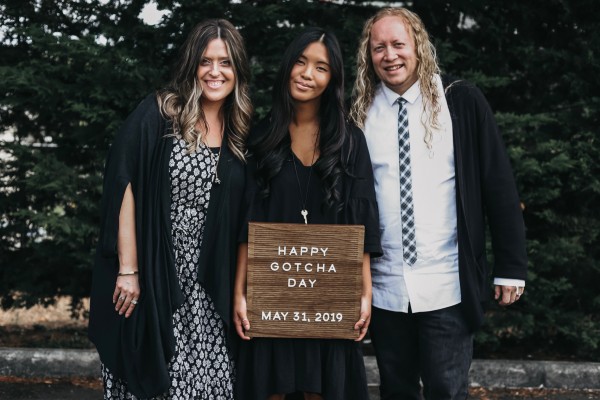 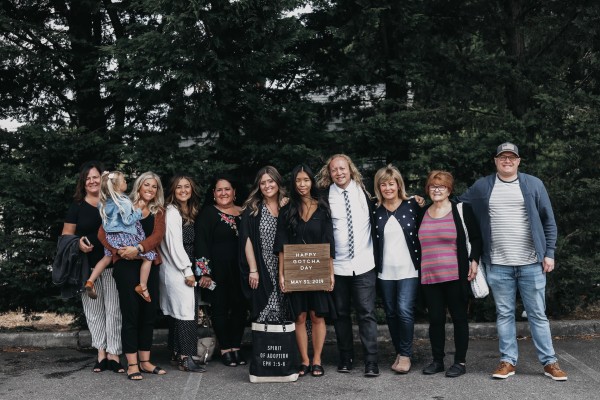 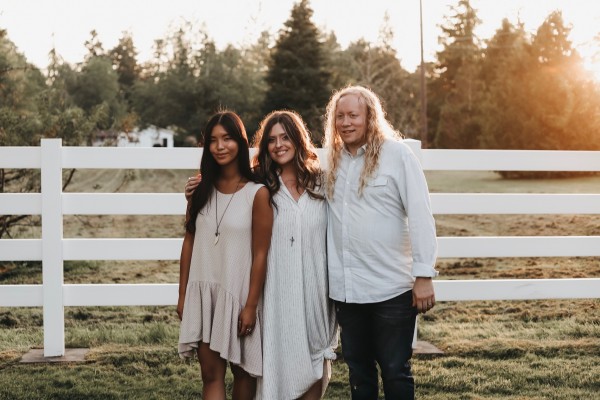 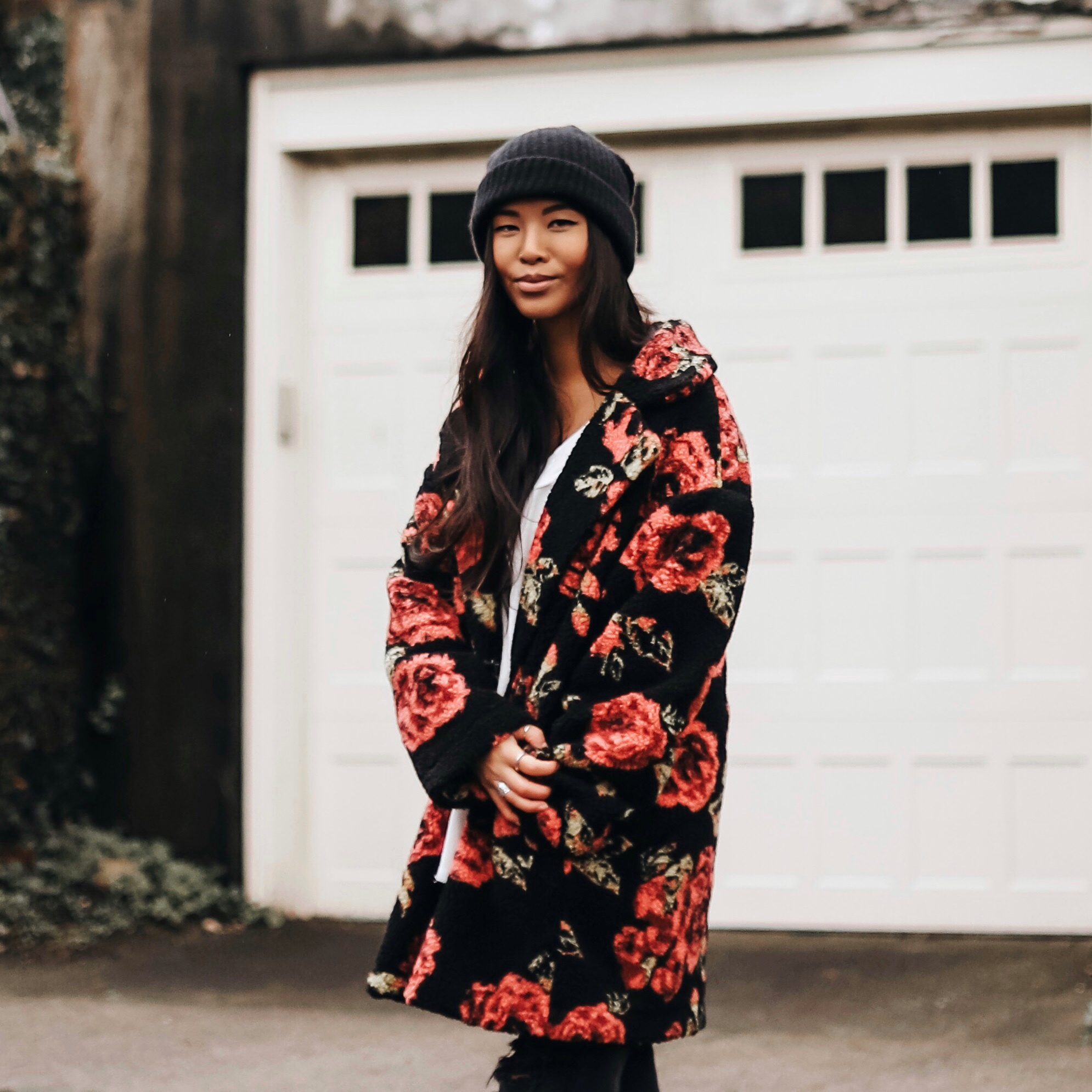 Adoption Day!
For This Child I Prayed
Soul Care for Foster and Adoptive Parents
advertisement

Adoption Day!
For This Child I Prayed
Soul Care for Foster and Adoptive Parents