Absorb It: calmly riding the roller coaster of our kids’ emotions until they learn to ride alone. 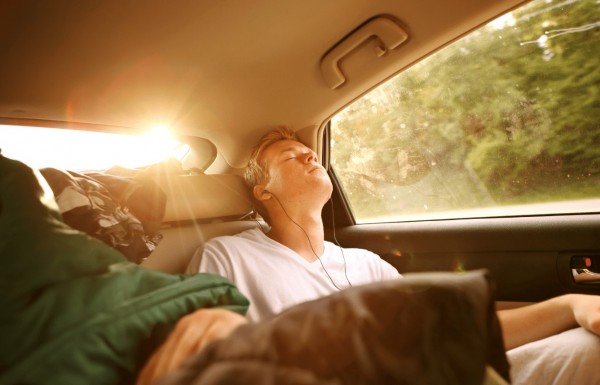 When my daughter was two years old, we went to Pottery Barn Kids. There was an amazingly realistic, two-story, multi-room doll house in the center of the store, and while I shopped, she played with the family of dolls.

Picking through the blue gingham crib sheets, I heard a commotion, and I looked over to see my daughter frantically scrambling to gather the dolls in her arms while another little girl stood across from her.

My daughter was intensely saying what she had been taught to say at her own school when she wasn’t ready to share: “My work! Walk away! My space! Walk away!” She was agitated when the other two-year-old (who did not attend her school or know the lingo) grabbed at the doll she was holding.

My daughter panicked and started crying, clutching the family of dolls to her chest. I knew two things: first, two-year-olds do not know how to share but are trying to learn; and second, in this moment, my daughter was spiraling into a royal tantrum and we needed to leave the store. Without the crib sheets.

Thinking back, I can count on one hand the times my daughter lost control like this, as she was and is an even-tempered child. This time, she was enraged, and the only way through it was to let the emotions run their course.

She was too wild to get back into her car seat, so I sat on the front porch of the store, clutching her to my chest as she had been holding the dolls to hers a moment before.

I wrapped my arms around her as tightly as I could until her thrashing and screaming turned to gasping and sobbing, and, finally, to quiet, exhausted tears. As I held her, she was able to restore herself to calm.

With her body held tightly to mine, I absorbed her anger at the other child, her confusion that the child didn’t hear her message, and her frustration that her time with the treasured doll house had ended so abruptly.

As we drove home, I tried to explain to her what happened as she stared, tears in her eyes, out the window. “You were very angry that the other girl didn’t hear your message.” “You were disappointed you had to leave the dollhouse.” “Your body was out of control, and that doesn’t feel good.”

As her mom, holding her tightly, I was able to absorb her anger. With 30 more years of life experience, I could let her feel her own big emotions, knowing there would be another dollhouse, another playtime, another chance to learn to share.

Last week, 15 years after the dollhouse incident, I picked up my son from his first week of high school. When he got in the car, I asked him how his day was. “Fine.” Then I asked if he found his friends at lunch, if he liked his classes, if he saw his sister, if he liked the school, if he got lost, if he was dress coded, if his computer worked, and on and on.

His response to all of those questions was an irritated “Could you just not ask any questions right now?”

We drove home in silence, and I thought about what that rudeness and irritation really were. Though I was called to absorb it, it wasn’t about me. Instead, it was nervousness about starting high school. It was a need for silent decompression after holding it together all day in front of older students. It was insecurity about finding his way in the new hallways.

This time, I wasn’t physically holding him tightly, though I would if I could. This time, with an almost-15-year-old boy in the car trying to find his way, I sucked it up and absorbed his irritation without taking it personally, and I figuratively held him the same way I had physically held my daughter years ago.

As the years go by, we parents are called to absorb a lot. We feel our kids’ emotions with them. We absorb their embarrassment, insecurity, anger, disappointment, sadness and rejection. It’s part of being a parent.

In those moments, I try to be strong. I try to hold them when I need to and shut up when I need to. I have strength to share from many more years of thickened skin from my own embarrassment, insecurity, anger, disappointment, sadness and rejection through the years.

It’s definitely harder for me to hold my tongue in the teen years than it was to hold my toddler in the early years.

But I’m not going anywhere, even through the tantrums and irritability. I can help absorb their big emotions until their own skin is thick enough to absorb the big emotions themselves.

How Baby Dolls Prep Boys To Be Great Men
Language of Emotions: teach your children to identify and sit with what they feel
Is this our forever
advertisement

How Baby Dolls Prep Boys To Be Great Men
Language of Emotions: teach your children to identify and sit with what they feel
Is this our forever