It was 9:40, the night before we give our science standardized test. My phone rang and on the other end was a normally booming voice, subdued and wet with grief.

I hung up the phone in disbelief. She said her father, a high-ranking member of the local church, had been called out to her house. That this was it. Our girl was dying and I knew exactly who she was talking about.

I met her my first year teaching. I had the pleasure of coaching her through three sports and teaching her one year of chemistry. I'll do my best to avoid the clichés and stick to the facts. She was smart, she was brave, she was tough, and she was beautiful. She was an animal on the basketball court and a Disney princess off.

After she graduated, she still came down from college to watch a few games. She was the heart of every team she played on, and the girls loved seeing her. Loved having her back. I left that small Texas town the next year. I kept in touch with many of the girls. I felt like I grew up next to them—because I did.

And if you all don’t mind, I’m going to talk to her now.

When you were diagnosed you called me. You made a lame joke about not having enough boobs for breast cancer, but I could hear the fear in your voice.

I remember a text exchange, soon after, about cutting your hair. I remember telling you, in my youthful arrogance, to cut it all off so you wouldn’t have to watch it fall out. You could watch it grow back, instead. You loved it. You believed it, and so did I.

I remember sitting next to you during a chemotherapy treatment. Everyone around you, around us, so old and frail. It was hard to watch. I knew it hurt. Your eyes had yellowed. That Disney smile shown out of a face I hardly recognized.

When I look back on it now, I'm embarrassed. I assumed you would get better. I told you to fight, as if every breath you took wasn't an act of defiance. I didn’t know it, yet. I didn’t know that you don't fight cancer--you survive it. And it's just a matter of how long.

When you went back into the hospital, I came to see you. I brought you a cupcake. It felt awkward and silly, but I needed to hold something in my hands. I knew this was bad news. You felt a pain in your shoulder. You were celebrating your last round of chemo at the zoo, I think. You went to the ER at M.D. Anderson. The hospital where I go now.

When I walked in, you were sitting up in bed. Playing on your phone while your mom moved about the room, restless.

The chemo made you gain so much weight. You were worried about it. Worried about how you looked. I still thought you were beautiful.

We talked about photography. About school. You talked about your friends visiting and maybe re-enrolling. We talked about the future and what “real-life” would feel like. When they wheeled you out for scans, you waved and smiled. As soon as the door closed, your mom lost it.

She sat on the bed and cried. I sat next to her. But I wasn't with her. She wracked herself with sobs. She was in hell. Her own private hell and I was an intruder, an interloper. I hugged her and let her sob into me. All my pretty words left me. This was out of my league and entirely beyond the scope of anything I’d ever experienced. She cried about more aggressive treatments. About what she felt she could of done. The guilt, and the anger, and the pain terrified me, and it kept coming--wave after wave. I understood why she never quit moving. Her entire universe was in flux. I've never felt so impotent, so useless, and so absolutely ridiculous. After a moment she stood. She apologized and left the room to go clean up.

I sat my stupid cupcake on a shelf and left. I couldn’t stop shaking.

The day they wheeled you away from me, was the last time I saw you. You called me from the hospital the next day. It was bad. The lesions on your liver were cancer. It had spread. This was stage IV. A week later, I sent you a text.

What a complete idiot. ' How's life?' as it slipped between your fingers.

I got a text after 3:00 that same morning of the test. You'd passed. A flurry of phone calls, and suddenly it was 7:15 am and I was getting calculators from my testing coordinator. I pushed my cart across the building. We were using the third wing for testing. I stepped into the sterile classroom. It felt so much like a hospital and I willed myself not to throw up.

I readied the room for the test and students began trickling in. A few students asked if I was OK. I did my best to smile and get them to their seats. Before we started the test I told them. I told them I'd lost an athlete. I’d lost a student to cancer. They took pity on me. I think they saw through me. They knew I didn't just lose an athlete, a student.

They saw that a little piece of my heart was gone forever and all the "worst kids" in school offered me hugs and their condolences.

A female student entered late. Self-coconscious, she always tended to lash out.

“You look horrible,” she said.

The class proceeded to tear her to bits and I let them. I only had enough strength for me. I couldn’t take care of anyone else. 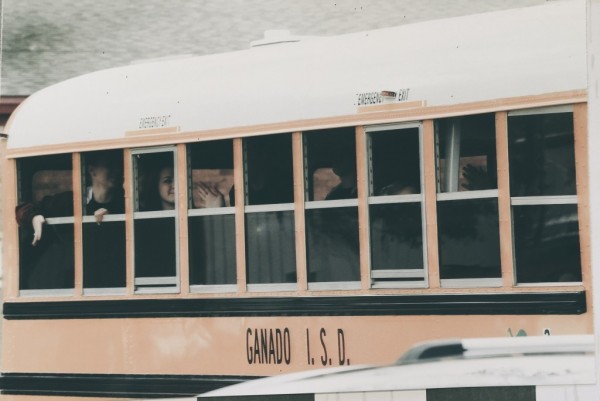 It was your birthday a few months ago. You don't know how close I came to naming my daughter after you. I thought it would be something to remember you by, but your name would never be hers, and there will never be another you. And the truth is, I don't have any trouble remembering you. No one does.

Your teammates raised money for research in your name. Your college did, too. Every year, your high school has a “pink-out” game in your honor against their biggest rival and the money is all donated. Your name is saving lives. No one will forget it.

I can still see you. In you mother. In your sisters. Every time we drive down close to Houston, I stop to visit you in a cemetery close to the highway. You’re never there--too many people are carrying you around in their hearts.

This is a teacher's story, and I'm sorry it took me so long to realize--it wasn't mine.

Liza Dora is an author, illustrator, and Texan living in Tennessee with her husband and two children. Liza graduated from Texas A&M University with a degree in chemistry and is the proudest member of the class of 2007.