A mother's powerlessness in the midst of a gun violence epidemic

Published by Victoria Oldridge on August 15, 2019

A few days ago in the car during our family’s Sunday outing ritual, I surrendered to a conversation with my three young children that I hoped I wouldn’t have to enter. But through a deflated, ashamed tone and lowered head, I walked a tightrope that hovered above their innocence on one side and safety on the other.

“You know that if you’re ever in public and there’s a bad person with a gun shooting at people, you need to run away if you’re able to or get down on the ground, right?” Saying those words to them rang as low as the times I’ve heard them explain the details of the lockdown drill at school, in case a “clown tries to break into the school and chase them,” they assume.

“Mom, I can just do some karate kicks on the bad guy,” says my son while my daughter nods in agreement with her big brother and my youngest daughter’s blue eyes widen, fortunately still blissfully unaware. 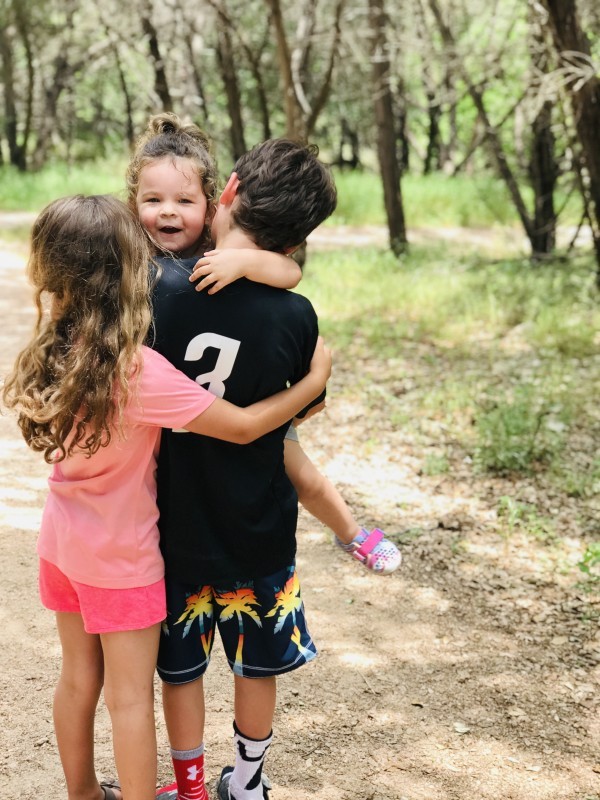 My heart sank even deeper and even though I relented, having to paint a more realistic scenario, I desperately wanted them to believe that a karate kick or two was enough -- that it stood a chance against the bullet, the mental illness that brought the gun to life, the lobbyists, rhetoric, financial influence, political machinery, and the other 393M guns that blanket our country.

But despite their seemingly unrealistic, childlike perspective, they have a firm grasp on something that I’m unable to even reach; a durable belief that they have a voice and the power to do something.

I sign petitions as they sporadically float across my screen, donate money where it’s near impossible to see a tangible outcome and educate myself on all facets of the issue, while I observe an uprising of students, parents and politicians after each massacre -- a tsunami that rages during the storm and recedes quietly afterward until it’s recycled again and we become desensitized, bowing to a new normal. Powerless.

I look at a photo of my children from 2012, both toddlers standing on the fuselage of the space shuttle training module at the air museum. As I snapped the picture I wanted to see their future of possibility atop that symbolic technology and through their bright smiles, curls and doll-sized rain boots, I ached for their innocence to freeze. Just for a moment. 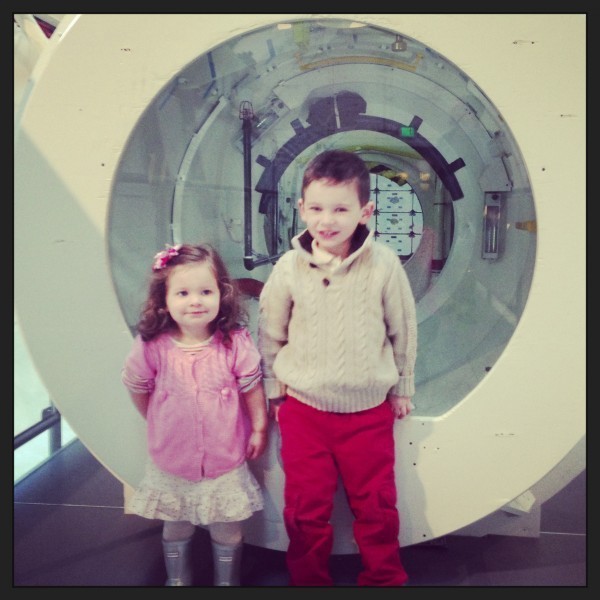 Instead, it was the morning of another tragedy and I was overcome by nauseating, debilitating visions of small children and teachers lying lifeless and riddled with bullets in the hallways and classrooms of Sandy Hook Elementary; images that became a revolving door of disturbing, interchanging images of my own children.

For years I followed our country’s mass shooting war zones from afar, deeply affected by the domino effect of fractured hearts it left in its wake, yet falsely cocooned and insulated in the process. In the ‘Land of the Free,’ the war has eroded every aspect of daily life -- a world where we fantasize about escape routes in movie theaters, feel a sense of hesitation when dropping our kids off at school, think twice during a concert or festival, and now carry a lurking fear during school supply shopping.

The bloodshed has moved from our backyard to our doorstep and into our homes. The life we view with rose-colored lenses is superimposed by a backdrop of terror, despair and futility when it comes to gun safety and options for multi-pronged solutions, and though I seek to mobilize efforts toward progress, I feel as though I’m living the recurring nightmare where I yell at the top of my lungs but no sound transmits.

The threat is closing in on each one of us from every direction. The mentally ill and the bullet know no age, color, religion, creed, socioeconomic status or gender and we wade through a daily flurry of swirling gun violence statistics, blame and political tug-o-war. They’re pieces of armor that too many people hurl in an effort toward progress while we become distracted by theatrics and wind up back where we started.

When I mentioned wanting to write this article, a friend said, “There’s so much news already right now -- maybe wait until the next shooting to write it; you know there’ll be another one in the next one to three months.” It’s not an option. Waiting one or three hours is already an eternity.

The photo of my toddlers on the training shuttle may always be tainted with heartache, images that the human spirit can’t process and national trauma, yet it’s become a source of fuel as have the calamities that preceded and followed it -- a continual ignition that forces we, the powerless, to create a new path to saving lives so that inanimate objects can no longer be brought to life to take life.

Can anyone hear me?

Victoria is a journalist whose work has been featured for NBC's TODAY, BBC News, Maria Shriver, Yahoo and HuffPost. She enjoys the investigative journalism process, conducts high-profile interviews, writes essays and is a self-professed chocoholic travel junkie.

Grappling With A World Where Preschoolers Perform Lockdown Drills
The New Zealand Shooting | Sadness. Outrage. Action.
Healing from the trauma of COVID-19
advertisement

Grappling With A World Where Preschoolers Perform Lockdown Drills
The New Zealand Shooting | Sadness. Outrage. Action.
Healing from the trauma of COVID-19