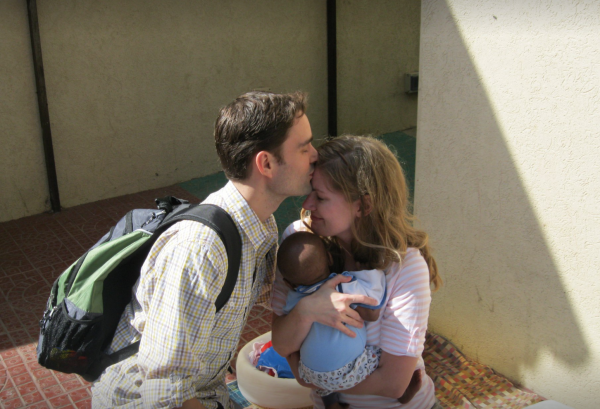 It was in a crowded courtyard nestled in the middle of a compound on a quiet street in Addis Ababa, the capitol city of Ethiopia, that we first heard our son’s name spoken in his native language. As I knelt down and pulled him into my arms, nestling his head against my chest, I heard the nearby nanny’s croon, “Mareto!” in the way we might say, “awwww!” It was soft and sweet. The r was rolled in a way that turned the eh sound into an ah. There was love and affection oozing from her lips and it was absolutely beautiful.

When we started the adoption process just over a year before I wanted to name the baby we weren’t yet matched with. I wanted a way to feel close to the son who would be ours and help it all feel real. So after much debate and deliberation we settled on “Tucker” and began telling friends and family. There was so much about adoption, as amazing and beautiful and incredible as it is, that set us apart from our pregnant friends. Naming our baby felt like a way to have some say in a process that felt largely out of our control.

But then we met Mareto. We heard that first call across the courtyard while holding his small body close and looking into his enormous brown eyes. For the rest of the week we heard his name sung out from the people working at his little transition home. The nurse who was trying to coax a smile from him during a checkup would say it with a laugh in her voice. The nannies would call from across the room with tenderness. By the end of the week Mareto wasn’t just a name, it was a term of endearment. 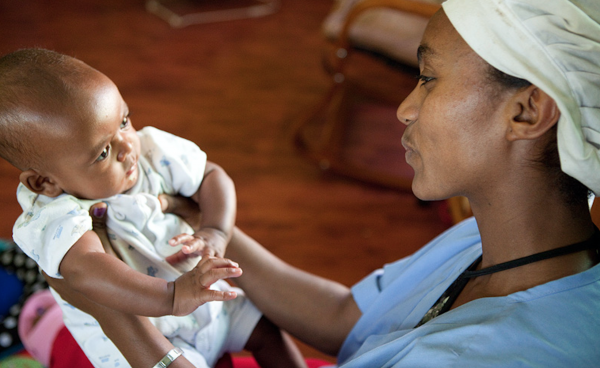 A few days after meeting Mareto we had the honor of sitting with his birth mom to answer her questions and ask our own. One particular question had been at the forefront of my mind, and when the moment was right, I asked her, “Does the name Mareto have any special meaning?” She simply smiled at me and said, “Peace.”

Later in the day I sat upstairs in the green baby room rocking my son next to his cradle on the floor. He gripped my fingers while I held his bottle and we knew. This little boy was not Tucker and he never had been. He was Mareto. He always had been and he always would be. 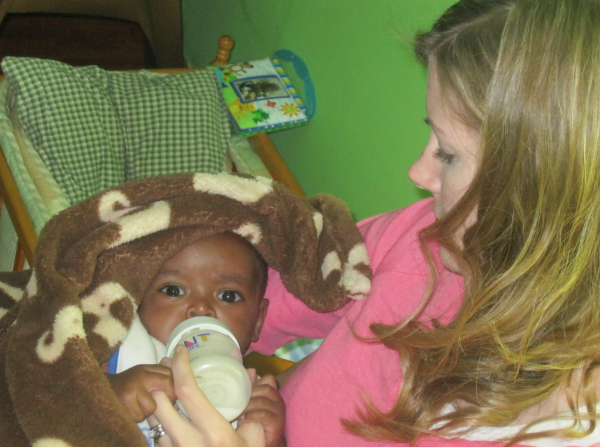 Today his name is sung out through the walls our home. It’s in the giggles of his little sister, in the affection of grandparents, and the love of mom and dad. It’s shouted on the playground by friends and rings out in the halls of his school.

And sometimes, when I’m watching him build Legos or colors quietly, I’ll think back to six years ago and I’ll hear the sing-song voices of those nannies in the loud courtyard in Ethiopia. I’ll hear the gentle roll of the "r" and I’ll remember the look in his birth mother’s eyes as she said, “Peace.” Mareto was named with love and careful consideration. It fits every bit of who he is and who he’s becoming.

Overwhelming peace had flooded my heart the day we first met him. Our son’s name is Mareto. He is the boy whose name means peace and he could never be anything else.

The First Family Connection- reuniting my son with his biological family
Doctors said our adopted son couldn't heal. We're thankful we didn't listen
How My Son's Autism Helped Us Create Our Own Special Path to Learning & Reading Together
advertisement

The First Family Connection- reuniting my son with his biological family
Doctors said our adopted son couldn't heal. We're thankful we didn't listen
How My Son's Autism Helped Us Create Our Own Special Path to Learning & Reading Together