5 Tips to Avoid a Technology Addition with Kids

We all have that friend with a kid who is addicted to mobile phones, some even have their own Facebook profiles, and you have to ask yourself the question...why? What makes mobile phones and tablets so appealing to kids? This is a hard topic for me to talk about, as I am that "friend" with an addicted child. And believe me, its not easy.

Being a fairly new single dad, its difficult to look after a child in the first place, let alone a child who looks to steal my mobile phone off me at any opportunity she gets. I used to think that my child was strange, being so addicted to mobile phones. Every day, I would think, am I the only parent having these problems with my child? If I didn't hand over my phone the instant she demanded it, she would throw huge tantrums in shopping isles, at the playground, anywhere really. My girl also has breath holding spells, so when she cries or is very upset about something, she will literally hold her breath for 20-30 seconds without breathing (scary at first!!). You can imagine the poor people staring at us at the shops, fighting over a phone and then the ensuing breath holding tantrums.

It wasn't until I really thought about why my daughter might have an addiction to technology, that it finally clicked. When I realized why, I felt quite stupid at the fact that I didn't work it out sooner. To give you a bit of a hint, ive worked as an IT engineer for most of my life. I love technology, and I use my phone and tablets a lot, so she is only doing what daddy is doing.

Over the last 2 years, I have learnt many ways to deal with this problem, and this is what worked for me.

1. Don't take your phone away from them (well not completely). Use it as a tool for positive reinforcement. If your child does something well, or does as they are told, give them your phone for a little bit of time, maybe 5 minutes.

2. Limit their phone usage. Don't let them use your phone for hours, this will just make the situation worse. You want to limit their phone time to 5 minute bursts, only when they have done something good.

3. Use the locking feature on your phone. For example, the iPhone has the accessibility option where it lets you lock your phone only to a certain app that you open. This means they wont be sending your work colleagues emails saying "fgwfjase8121e11". This is always an embarrassing one. I had this happen to me a few months ago walking into my bosses office and the first thing he said to me is that he received an interesting email from me on the weekend. The email, as you could imagine was just random text that my daughter thought was useful. He said the thing that made him laugh the most was that my phone automatically attached an email signature at the bottom of the email with a "Best Regards" which made the email look really official, with just random writing in it. He said he could just picture my daughter doing it with a cheeky grin on her face! Lucky I have a boss with kids, that understands!

4. Let them know that it is OK to like the phone. After all, you don't want them to grow up thinking that technology is bad. Technology is great. It is steadily becoming a part of every day life, and as they grow up, they will be using technology more and more.

5. Teach them about technology and how it works (as much as you can). I work with computers on a daily basis, and I want my daughter to know as much as possible about them. With the way things are going in this world, with machine learning, AI and automation, it will be a massive benefit knowing more about technology and how to use it effectively.

I hope these 5 tips work for you, just like they did for me. It wasn't until I actually sat down and thought about a solid plan on how to tackle this issue, that I came up with this list. 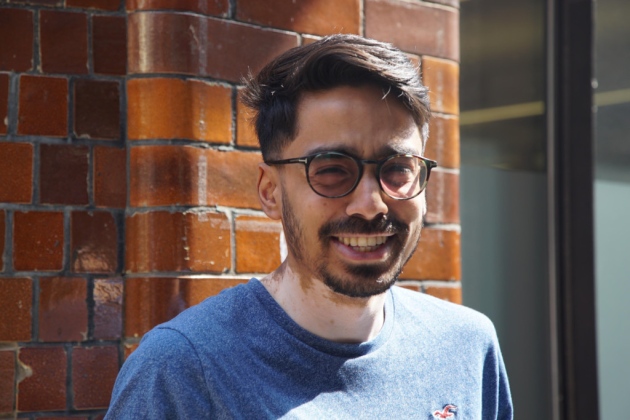 Mark is a proud dad of a little girl. While not writing, he enjoys surfing, BBQ's and riding motorbikes.

5 Tips to Avoid a Technology Addiction with Kids
Dealing with Twins, Their Sister and Technology at The Same Time
My Stupid, Stupid Decision
advertisement

5 Tips to Avoid a Technology Addiction with Kids
Dealing with Twins, Their Sister and Technology at The Same Time
My Stupid, Stupid Decision