5 DIY projects to do with the kids this summer 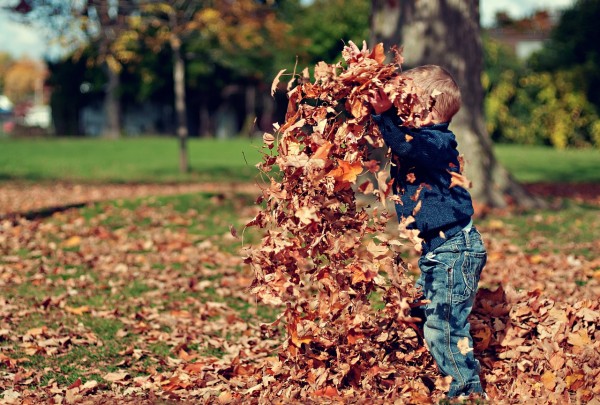 Ah, languid summer days, with the insects chirping in the bushes, blue skies overhead and everybody contentedly lazing about the house – at least for the first two days. Then they start to realize they don’t actually have enough to do. And that’s when they take up their battle cry.

“Mom! I’m bored! Can we go to the beach?” And charge headlong into battle with your nerves and your schedule.

Oh, if there was only some way to avoid all that, keep them busy and have fun with them as well. Maybe you can just lock them in the closet and feed them sorbets through a hole in the door. Wait, that’s not legal anymore? Damn those politicians and their laws! Whatever happened to those plans to shrink government, anyway? What do you mean that’s not something you should do in front of your kid?

Your kid not quite grasping that summer vacation doesn’t last forever and that they need to make the most of it? This will help! All you need is long strips of paper, each with a number on there and, if you like, a concept or action your kid needs to take. You’ll need as many strips of paper as there are days left in the summer vacation.

Then form the ‘one’ into a link (with the number and the concept on the outside) then form another circle with the ‘two’ strip. Make certain that it’s attached to link ‘one’ before you close it as otherwise it can’t be attached later.

Then, as the days go by, cut off the links. With younger kids, you should probably start with the ‘one’ and move towards the last link. With slightly older kids you can practice the concept of subtraction by starting at the last number and working towards the one.

Also, be sure to include important concepts like ‘buy school supplies’, ‘get new shoes’ and ‘contemplate endings’ where it’s necessary. There they can serve as entertainment for your kids and reminders for you.

Glow in the dark rice! All you need is some rice, some neon paint, a black light and a kid who has outgrown the stage where they put everything in their mouth! (Neon paint is better enjoyed externally).

You can start off with the colors separately and then create a technicolored dreamscape by mixing them all together and pouring them between your fingers, like a multi-colored waterfall.

They want a dog, a cat, or a parrot? Build them balloon versions first and see how long they last. All you need is scraps of cloth and paper, some of those cool little plastic eyes that you can buy at most DIY stores and glue that works on balloons (not all glue does).

From there you can create cows, dogs, pigs, snakes and birds.

What’s more, they’re a great deal cheaper than the balloon animals you can find at the market. And if they pop them you know they’re not yet ready for a puppy.

Your kid learning numbers? Then here’s a great opportunity for them to figure out which order they go in. You take a bunch of wooden icecream sticks. You know the ones I’m talking about, the flat ones, lay them out in a flat bed, with long edge to long edge and then take a picture of something they like (Probably a Frozen character) and stick it over the top.

Cut along the edges, write numbers on the bottom (perhaps it’s easier if you do that in the reverse order) and mix them up! Then let your kid figure out in which order they go back.

Alternatively, you can also use letters and teach them how to spell their names, the street you live on, or whatever the thing is that you’ve got in the picture. That will be a word they’ll be far more likely to remember now!

Think your kid has what it takes to be an engineer? Then give them lots of sticks and marshmallows and see if that was just wishful thinking or there’s really a good career in there somewhere, or if they’re going to end up studying psychology and asking ‘would you like fries with that’ like the rest of us.

You really can build the most ingenious and interesting structures in this way, with the marshmallows forming the joints and the sticks forming the structure itself. Try building a bridge, a house or anything else really. Whatever you end up constructing, you can rest assured that you’re building a happy family. And that’s what summer is all about, right?

Samantha Brannon is an entrepreneur. She is also a co-founder and writing editor at Trust Essays writing service. Samantha loves self-education and rock music.